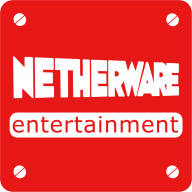 Slade is a young and outstanding thief who has grown up between the filthiest thugs and bandits of a famous illicit activities guild, which, since immemorial times has ravaged the Eastern Lands.

However, the King of these lands, someone who was a respectable and fair person has dramatically changed; he has become greedy, sullen and excessively cruel.


Magically, he founded new elite of guardians who seemed to be possessed by a demon. They managed to find all the hideouts of this huge guild and they murdered all their members…
...except Slade, who could barely escaped.

Since then, the kid has remain hidden, planning his vengeance and a way to loot the Eastern Lands in order to reestablish a new and more powerful guild with him as King of Thieves.

World Map: You can move through it and choose multiple destinations.
From the map it can be distinguished:
Minigames: They serve as a complement of the main game and the additional mission.
Bosses: They are in certain levels and each one has their own mechanics.

You can get the game on Steam​

This is 2k3!? That gives me hope. Wishlisted!

MetalHunter13 said:
This is 2k3!? That gives me hope. Wishlisted!
Click to expand...

Yeah, it is, but ported to EasyRPG.
By the way, the game was released today.

Oh cool! How do you like EasyRPG? I've been keeping an eye on it on and off.

HexMozart88
Anyone going to talk about Chris Pratt Mario?
15 minutes ago •••