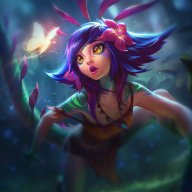 1) Is Game_Temp just the same as any other class?

2) The only difference being... it reverts its values back to its default values (within its class) if you Save and Load?

3) And the way it does that reverting is through its Initialize method... right? (code included below)

The_Sarah said:
1) Is Game_Temp just the same as any other class?
Click to expand...

Depends on the context. But yes.


The_Sarah said:
2) The only difference being... it reverts its values back to its default values (within its class) if you Save and Load?
Click to expand...

To be more precise, the content in the Game_Temp will not be saved as save contents rather than reverting back. Although, you could put it that way.


The_Sarah said:
3) And the way it does that reverting is through its Initialize method... right? (code included below)
Click to expand...

Initialize is not for reset. It's for initializing the object.

TheoAllen said:
To be more precise, the content in the Game_Temp will not be saved as save contents rather than reverting back. Although, you could put it that way.


Initialize is not for reset. It's for initializing the object.
Click to expand...

Cool, glad I was mostly correct in my understanding of it then .
-------
I figured what made it essentially "not save" was that it reverted whenever it was called, due to it setting its public instance variables to 0 whenever it's initialized, but if I'm understanding you correctly that's not what actually causes it to have this special "will not be saved" trait.
-------
So, is what gives it that trait found elsewhere then (rather than in the class itself)?

I couldn't see anything suspect within the class when I looked, but if it's specifically save-related like you said then I guess it's safe to assume what gives it this trait is likely to do with the save related methods and classes themselves (which I haven't had a look at yet).
-------

Not asking you to go looking for what makes this the case if you're not sure yourself, but if you happen to know for a fact that what makes Game_Temp... well, temp, is found elsewhere, then a reply of confirmation would be nice and welcome .

Thanks for the initial reply as well!

So if you look through the DataManager scripts, you'll see that $game_temp is initialized in the create_game_objects method, along with all the other global $game objects. Lower down, you can find make_save_contents and extract_save_contents, which includes all the other $game objects, but not $game_temp. So as said above, this is not saved or loaded from saves.
So the only thing that creates it (and at that time all the contents are cleared) is create_game_objects. This function is called when the game is first launched, and again when New Game is selected from the title screen.

Looking more closely, that could mean that you could start a new game, play a bit and save, start another new game, play a bit and save to a different slot, then go back to the title screen and reload your first game, and the $game_temp from your second game would still be in memory. However, Game_Temp only has info that's going to be set and then used within a very short time, so it's unlikely the remnants of one game would interfere with another. It might have some issues when people add scripts that throw other things into this class. I've used it for stuff that I don't want to create a new object/class for, but don't want to save in the save file because it doesn't need to hang around.

Wow, that's a lot more detail than I was expecting and basically answers all my thoughts on the subject.

Frogboy
Seamless secret passages just by painting a path with a region id. Simple but slick.
4 minutes ago •••

WaywardMartian
Playing with colour ramps. The first set is the originals, the ones only facing forward in different colour schemes are the new colours.