SV actors on the overworld Map?

Hey all, need some help if possible for a weird idea I have.

I mentioned before that I'm making a tactics game, where you'd fight on the overworld rather than a typical RPG battle scene. I wondered if it would be more interesting if instead of using the plain overworld sprites on the map during the fight, the game used the Side-View actors instead. They would move and run around in that form, and vertical(up, down) movement can be made to look like strafing. Is there a way to implement this through eventing, plugins, or should I just photoshop the sprites into the right positions? 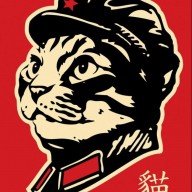