Instead of making two separate topics I'd like to ask two questions in regard to my battle system.

My first request would be instructions of how I can remove the [Attack] and [Guard] battle commands completely. I'd also like to "move" the [Item] command and place it within one of my two skill types, let's call them "Aggressive Skills" and "Defensive Skills" for now. These are the only two battle commands I want available for the player by the way.
I imagine "moving" the [Item] command means I'll probably have to remove it along with the other two commands and create a new skill that allow the player to use items? ...I'm just not sure how.

My second request is something more difficult I believe. I want two equipment slots for weapons (primary and secondary). Then, what I want to do is create a skill which allows the player to switch between those two weapons slots. In practice, this means you'll be switching between what weapon stats (and additional effects, if any) are applied. I'd also like to hide/show certain skills depending on the weapon in use. For example, when switching from "Sword" to "Bow" some skills such as "slash" or "parry" would need to disappear and others such as "crippling shot" or "fire arrow" would have to appear instead.

Basically I only want the player to be able to use the skills (and stats/effects) from one weapon at the time and switching between them should be done with a skill (that would take up one turn).

If possible I'd like to do this with Yanfly Engine plugins. Second best thing would be something from Galv, VictorSant, Yami or MogHunter since I'm already using plugins from them. I'm not entirely against using someone else's plugin if necessary, but in that case it still needs to be free to use in commercial games (without jumping through any extra hoopes). And I'd prefer it was from a somewhat well know forum member I feel I can trust, since there is a good possibility this will end up as a commercial project and I don't want any legal trouble down the road.

Thank you for reading!

For the first question, maybe you can try Frogboy's plugin.
https://forums.rpgmakerweb.com/inde...nd-remove-unwanted-battle-menu-options.88954/

@EpicFILE
Thank you. It's not a Yanfly plugin ...but it seems to be pretty much what I need, so at least for now I'll use it. 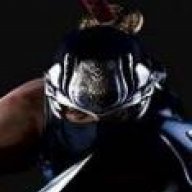 Well for the second… I hate Scripting so i try to help meddling around.
If i understand correctely, you´re using only one weapon at the Time. So simple Dualwield is not an Option.

In that case: The Skillchange can easyly be made with changing it under the weapons properties.
Yust go to the weapon click in the white Box, click on skills and than choose what you want to Change. Like add abilities: Rain of Arrows.

Now you Need to use Variables. So, whenever you store a weapon in a Hand you put a number in that variable which represents the weapon. Like Sword is 1, Axe is 2, and Bow is 3 and so on. So in Total you Need 3 Variables. Firsthand, Secondhand and Override.

The Switch Skill does Nothing but open an Event. In that Event copy the Number of the Firsthandvariable into the Override Variable. Now you check which Weapon is in the 2nd Hand using the if-else command and the second Hand Variable. Copy that variable value into the firsthand Variable and use the Change Equipment command to pick the Weapon based on that number (again with an big if else or switch command). And now finally use the Override value and copy it into the Secondhand Variable.

Now you have your former 2nd Hand Weapon in the main Hand. And the Secondhand Variable has the Number which represents the former firsthandweapon.