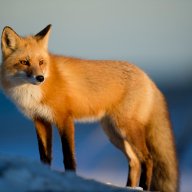 RPG Maker MZ has very high system requirements comparing to older versions, but is it possible to run games made using it on old PCs? Especially if I use only MV animations? In this case, will games have the same system requiremants as MV games?

I don't think so, it's rather program core specs predicted, not because of animations or graphics.

Plus MV ran very poorly on systems near the minimum too. I'd say you probably need to use the MZ minimums to run games decently at least.

In case you're interested, there's a trial version of MZ for Windows/Mac available here:

Offering a trial download for all the RPG Maker programs!

Hello everyone, thank you for your amazing support as always for RPG Maker! Degica provides you with two sample games with custom graphics and the like, free to use on your games and expand on! You can edit these sample games as a base or something entirely new. It's FREE. We hope that it will...

forums.rpgmakerweb.com
If I recall correctly, though, they're in project format, i.e. you'll need RMMZ to play them.

Other than that, if you're using MV animations then I think the MZ code base is much the same as MV: it's been optimised a bit and runs on a newer version of Node/nw/PIXI. From my limited experience of making/playing MZ games so far, I'd guess the increased CPU/RAM requirements are for Effekseer.

Note: if you're on a laptop with a dedicated GPU, make sure it is being used rather than the integrated graphics (e.g. Nvidia control panel > Program Settings). I tried playing the "Wolfgang" sample game on integrated graphics (Intel HD 4600) and the big Effekseer animation at the start slowed the game to a crawl, haha. Was much smoother when using the system's dedicated GPU.
You must log in or register to reply here.
Share:
Facebook Twitter Reddit Pinterest Tumblr WhatsApp Email Link