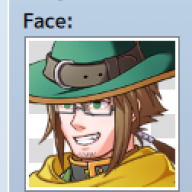 Greetings and salutations! I am Ahleingui and I am new to both RPG Maker MV and to this forum.

The last RPG Maker I played was in 2009, and because of school and such, I was never able to delve too deep into it. So I have some knowledge of using the basic functions of the game and coupling that with a long history of table top RPG's, I feel I could make a very interesting game.

I wanted to ask about two things, that may already have forum posts on, or perhaps some other people might have already struggled with and learned to overcome:

1) Is there a way to set up battles much like Final Fantasy Tactics? I would like the 'freedom' to implement both ranged attacks and positioning into the battles. That way I could effectively use a ranged class to DPS while my CQC characters would engage from close range. (also I know there are other games that do this tactical battle style, and some may do it better than FFT; I just merely used that game as an example of the type of battle I would like to have)

2) Having played D&D table top games for nearly 25 years now, I have grown accustom to the dice rolling and skill selection of that style leveling. A random number generation function might be a way to set up the dice rolling for hit points and such, but is there a way to change both the standard RPG Maker 'attributes' (attack, defense, luck...) into D&D-esk stats (STR, DEX, CON...) and change the auto-generated curve upon leveling into a point purchased stat increase system?

I want to thank anyone who views this for taking the time to read it over
And if you have any advice on how to accomplish these changes, please reply so that I can make my game into what my mind sees lol

If I have understood correctly, your queries are more "How do I implement...?" than a discussion of how these mechanics might be designed in the abstract. Therefore, they belong in the Support forum for the engine you are using.

I was not sure where exactly to post this thread.

thank you for moving it to where it will be seen by the proper audience.

Alright, from further delving into the forums, i think i have found an answer to question 1:

but i'm still looking for the different stat program

In the terms tab of the database you can rename all the default base stats.

For a point system, in the classes tab under every class, go to where the colored curves are and click on each of them, then click generate curve. Where the 2 numbers are just change them to make them the same number.

Now you can use this:
Alistair's Stat Distribution

There's always ways. Lecode TBS is one, as you already pointed out. Even being outdated, my signature links to a topic that may help you on your search.

One thing to notice is that the TBS that you found is for VX Ace, not for MV. VX Ace uses RGSS and MV uses Java, so the two are not interchangeable. I am unsure if there is one out for MV as of yet.

@Shinma Lecode's TBS is for MV. And MV uses javascript, not java.

As far as I know lecode's TBS is the only TBS currently in public development. The are however multiple stat distribution plugins. A quick search in the forums will likely bring them up.

Guardinthena
Riding thru a slump and not sure how to drag myself out of it. Hate it when these moods take me. Trying to focus on my art but hit a wall with that(TT)
14 minutes ago •••