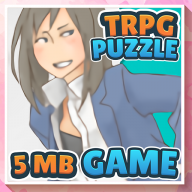 Introduce
Step back in time and experience the school
Become a different person, imagine a different world, experience the emotions of another time
Through the use of drama, rich story, puzzles art, tactical battle costumes, music, sounds, and staging scene.
We make this happen, as pupils transform into key figures the time at the school.
Time to go to school, Now.

Tactical RPG 2D game with a modern style.
- STORY: CHAPTER ONE
Out School's a tactical game that combines puzzle solving on an adventure to the school. Our main character (DANG) wants to know how to create a game?, So DANG participated in the contest. With talents and strategies DANG's easy to overcome all difficulties. DANG must trade many things: love, honesty, money to achieve the goal of creating a complete game.

- FEELING CONTENT -
What is the magic recipe to make a successful game? The question burned Dang's mind and went to college to study the matter. However, he eventually discovered that the subject matter was simply not covered in any course. He left in disgust, and found a group called SU NGHIEP that might just have the answers he's looking for!

Out School literally means Out-of-School nope Shool's Out.
The way the author created this game must learn from outside the school. NOT the meaning of having finished school, Because he dropped out of school to create it.

- CHALLENGES
+ After completing the story will unlock challenges against strong enemies.
+ Puzzles from NPC and side quests
+ Try to convince others to survive

FEATURES SO FAR
- Tactical battle system
- Main, Side-questing based on the date, and time of day
- Life-like traffic
- Mini-games
- Solve puzzles
- Experience student life with rich stories, and unexpected endings
- This is based on my own personal experience. Like, I wanted to create a game, so, like our protagonist here, I went to college. However, during that time, I couldn't really learn about how to create. A. Game. So, I decided to leave school and do a bit of self-study on the matter. Hence, this humble attempt!

Awards
- This is a game made for less than a month for the 2018 Indie Game-Making Contest (the 2018 IGMC). You can review this game here

The game's inspired by true events and personal stories of tragedy, resilience and success.
Any similarity is a coincidence
Copyright (c) 2019 UHPD Games

I'll approve this thread but your screenshots are broken on certain browsers. You may wish to update them if possible.

To be precise, I can view them on Firefox but not IE11. Since IE is about to be discontinued I'm not sure that is a big issue but still something to keep in mind.

know issue #1
There are some black screen game screen issues. Please, check if your device exists webview system? Because that is the core of the game.
this problem solved in 1.04 version
Last edited: Apr 10, 2019

Nice game. I played it. Awesome.

ImaginaryVillain
Hmm... Game has 91 views, 25 download, 5 reviews and netted me 7 additional followers. Meanwhile the image I posted just yesterday on Imgur to showcase it has 45,197 views. Interesting, I think I have a new advertising idea. Also Twitter? The post got 16 retweets, 20 likes, and 1,683 views.... And a whole 3 hits to my game. I am glad I did this game jam, this information is quite valuable.
4 minutes ago •••