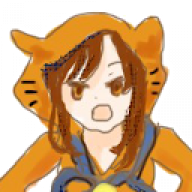 Hello everyone. So this is the first game DEMO I have made with rpg maker -- The Drones.

Update:
-Renewed the character sprites, since I think tall sprites look so much better.
-Minor change to dialogues.
-Will replace the tilesets later on as the project continues.

Synopsis:
The game is a FF tactics, Fire Emblem, SRW like tactics game.
And of course I did not make the battle system myself, it came from veteran member embxii.
https://forums.rpgmakerweb.com/index.php?threads/tactics-system.97023/

The game requires "Tactics". LIke in Fire Emblem, your characters cannot simply rush into your enemies and gain your victory.
Most of the enemies are no weaker than the protagonists in the battles.
That makes tactics and formation utterly important in this game.

I am presenting the DEMO of my game, which has around One hour gameplay.
The game has a scifi, politics, and school themed story.
But since it is just a demo, I cannot express them all in an hour.

This game surrounds the growth of protagonists and how they are involved in the society.
The story starts with the war between them and the unknown enemies.

I am putting the plot here just in case anyone wants to read it without playing it.

The game takes place in Providence Academy, where "Seekers" are trained to explore the entire universe with warping technology. The protagonists are the students of this academy, hoping to be one of the Seekers.
There were just 3 days until their final test, after passing the test, they can fulfill their dream of travelling through the galaxy.
Everyone thought it was just another day in the academy, but they unexpectedly discover something bizarre with their friend-Lyanna.
The secret of a bigger plan is starting to unveil.

I hope whoever tried out the game will enjoy it and give me some feedback.
I do this project mainly for fun and fulfilling my dream of completing a computer game.
More importantly, to tell a story of my own.

zerobeat032
just hopped into project recruitment... hoping to maybe find some artists to help with parallax maps and whatnot. I could do them myself, but I'm not really good at it so I'd prefer to stick to my strengths which is character art and SOME UI elements.
35 minutes ago •••

Conflictx3
PRODUCTIVE DAY! I think I FINALLY completed all the items for part 1 of Fallen Feather, that includes the animations, the stats, the pricing, etc. for weapons, armors, key and consumables! all i need to be 100% done is write a few more descriptions (only 10 left out of the 40+ items) and to find some nice pants icons (dont ask lol).
48 minutes ago •••