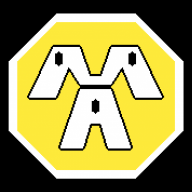 Hey there, I've mastered the art of not understanding things, so I'm here asking for help once more. I'm using arleq1n's Tactics System plugin for my game, and I've run into an issue.

Like many games, in my WIP game you gain more party members as you progress. There's an arena area in the game where you can fight battles against preset groups of opponents as many times as you'd like, outside of the story. I want the player to be able to use their entire party they've amassed so far in this arena's battles. The problem with this is that as you're progressing through the story, your party is changing, usually growing but occasionally shrinking, meaning you're not always going to have a full party of 12 units (the max in the game.)

As instructed by the plugin, I have made 12 events to represent each potential unit and given them the notetags <Party:1>, <Party:2>, and so on. Capitalization is correct and there are no repeat numbers. The issue is that if you try to start a battle and don't have a party member to fill each and every event/slot, the game crashes with the error "TypeError: Cannot read property 'actorId' of undefined."

I've tested this on a blank project with the only plugin being the Tactics System, and the same issue occurs. I've also tried checking the player's party size prior to the battle start and having only the correct number unit events be enabled via a variable, but it seems that events with the <Party:x> notetag disregard any conditions they have for being enabled. Can anyone offer any advice on how to get around this? Thanks in advance.
You must log in or register to reply here.
Share:
Facebook Twitter Reddit Pinterest Tumblr WhatsApp Email Link

Froggo32
After hearing Wataten's opening several times and knowing what this anime is about, I don't think I like moe anymore.
Today at 4:35 AM •••