Taking a look at Relm's Sketch ability from FF6 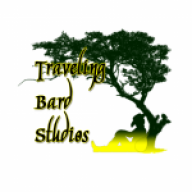 Every once in awhile I like to take a look at a classic game and ask a few questions from a designer's perspective like: What was that gameplay mechanic supposed to actually do? How would I attempt to make it better or what would I do differently?

So today, I thought of Relm's sketch ability. FF6 was full of unique special abilities for each character in a rather large roster. Everyone had some kind of quirky ability that set them apart... at least until we strapped a ton of espers to them and forced them all to be warcasters!! Everyone had something interesting but Relm's ability sticks out as odd to me.

I personally never got her ability to function lol I hear there was a good amount of math involved in getting an accurate execution of her Sketch ability + not all enemies actually could be "sketched". There were status restrictions like they couldn't be invisible, etc... luckily she had one of the highest magic stats and therefore turned into a warcaster quite easily.

What was it supposed to actually do?

I sketch Enemy A and it miraculously succeeds (maybe)... then I can now use a predetermined attack of an enemy on the enemy. So, with that said, it appears to be how blue magic works but much more temporary/in the moment + you have access to a, theoretically, larger set of monster abilities to use as a whole. Unfortunately, not all monster abilities are exactly strong + I believe these uses of them utilize the target's stats vs your own (outside of very specific items you might have equipped that increase all damage at a percentage level vs direct stats).

Later on she gets Control, I think it's called, and that helps with Stragos' blue magic "hunting" because it could make the enemy use specific attacks (this is all from memory... Can't seem to find videos outside of the sketch glitch on this subject).

1. Make something similar to blue magic but different enough
2. Give a wider range of possible attacks derived from this ability than blue magic
3. In-the-moment only usage (so that's it different than blue magic and possibly helps in balancing)
4. Use the enemy's stats with rare exceptions (ditto to #3)
5. Create art/drawing powers that fit the character's artist theme.

And then Control feels like a way to expand Sketch into it's "highest form" which is not just using an enemy's attacks against them but using the enemy themselves & force them to do what you want (which honestly, doesn't quite fit with #5 but does help with collecting Stragos' blue magic & likely why they went with it).

How would we make it better?

Special abilities typically feel good for the player when they matter. I felt like the only time sketch mattered was the moment it was introduced... so, the fight with Ultros... Which was a SUPER awkward scene that made me doubt the translation lol... anywho, it was still pretty cool to reveal to Ultros that he was this horrible looking octopus monster and doing so caused him to escape from the battle in shame.

I think the answer is somewhere in the middle of Sketch & Control. Instead of breaking theme with controlling an enemy, I say keep the sketching of an enemy & now open up a menu of possible attack choices. This way it's like Relm has created a drawing that has come to life & is able to use the same abilities as the target (original Sketch). And she can control which abilities they use (original Control). Almost like she just drew into life a doppelganger of the monster with access to some or all of the available abilities... Similar to control, a simple hit would destroy the drawing/dispel the ability. But until then, her turn is replaced with the sketch's. I'm not a fan of the accuracy issue that I experienced. I feel like if this is an ability that the player is going to actually use, it needs to work when they use it... especially if the result of using it is simply attack an enemy with their own tentacle attack lol There can also be some balancing. Level 1 only gives you access to weak/lesser skills on their list, level 2 give you more access, level 3 gives you total access to all skills they have available (within reason). These levels are attained via the story or special side quests... etc.

Note: If Gogo didn't exist in this game, I would open up sketch to the party members as well. Same behavior but perhaps limit to only their special abilities. (I like Gogo though so I'm glad he does exist.)

As for mattering, here are some cases I thought of:

1. Perhaps you will have enemies where the sight of themselves causes them to pause in some kind of self reflection (perhaps they can't be defeated by the party any other way than for them to give up (like Ultros), or perhaps this is a way to recruit the enemy as a party member instead of killing them like "what have I become?! I see the error of my ways now... I will help you face the empire!", etc)
2. Others target your sketch specifically in a rage (meaning it will be predictable that they will use a specific attack on Relm's sketch...this could be used to effectively "stunlock" an enemy that will now break pattern to attack a sketch a la "How DARE YOU?!!)
3. Perhaps it could be used to confuse stupid enemies (I sketch Captain A and now Strong-but-Stupid Soldier B, confused on who to hit with his powerful attack, has a 50% chance to hit his captain vs. your sketch)
4. Even sketches have limits. Let's say you attempt to sketch Kefka's form in the final battle. Perhaps the sketch doesn't have full access to his powers because his power is simply too great for the sketch to hold in, in fact after it's use this turn it disintegrates & wasn't able to fully utilize the stats... still doing some decent damage though... he can even comment "such a unique ability, little girl... but even an artist as gifted as you cannot hope to capture my form in all it's majesty!" This is how you can still use the unique ability in a boss fight without giving the player too much power. It also creates a pretty cool moment like "hey, I see what you tried to do there player but everyone has limits" without saying "NOPE! Of course status debuffs, instant death, and sketch don't work on bosses! NOOB! Do you even Ultima, bro?"
5. The obvious help that it still brings to characters like Stragos in their blue magic hunt.
6. Outside of the box for a moment... perhaps there could also be something to the effect of drawing a companion that has fallen (as in, died in the game story) but their "spirit" aided in defeating a boss or negating a mechanic of a final boss's pattern. Could create a pretty cool moment.

I think there is a lot of potential for interesting things via an ability like this. The same could be said about all the abilities that the other characters were given in FF6. As a fan of the series, and of rpgs in general, I like to see battles (especially final boss battles) that are crafted to utilize the abilities each character is given. FF6 did a good job of at least having a battle dedicated to showing off the characters' special abilities but I wish they did more like that later in the game. Particularly with abilities like Sketch.

I hope that this has been an interesting read for you. What are your thoughts on this ability? How would you make it better in FF6 or your own game?
Last edited: Mar 9, 2017

I think this is fairly tightly focused on the conceptual level of game mechanics. So...

I've moved this thread to Game Mechanics Design. Please be sure to post your threads in the correct forum next time. Thank you.

I thought I placed it in Game Mechanics Design in the first place.... -_- hmmm... oh well, my mistake! Thanks for placing this in the right place.

What platform was FF6 for? Probably SNES, but just to be sure... 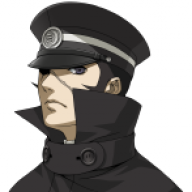 Yup, it was for SNES, there was a remake for GBA and mobile

It went by FF3 under the SNES in the US because it was the 3rd in the series that we had seen. The GBA version, called FF6 due to it being actually the 6th in the series in Japan, fixed a good amount of bugs and translation censorship.

Shaz
If I recorded while I created (what I think is) a small plugin, would you be interested enough in the process to watch it?
58 minutes ago •••