Warning: Some scenes may contain sexual themes and use of tobacco/alcohol

Synopsis: Takumi is a student at Avondale Academy in Tokyo Japan. While attending class one day he has no idea his entire life is about to change (quite literally) when a large explosion consumes the entire city block. Trying to escape, covered in burns and injuries he passes out and dies due to his injuries.

He awakens anew in a forest having no idea where he is or what he's doing there. It isn't long before he is saved from some monsters by a girl named Selka, who takes him to her village to introduce him to the village elder. From there he will go on a journey and make new friends as he travels through Eluria to save it from the darkness that is about to put that world to its end.

Eluria Awakening is full of heartwarming, heart wrenching, and action packed scenes that's sure to keep you on the edge of your seat waiting to find out what happens next. (title subject to change).

There will be tons of side quests to help the people of Eluria and tons of bonus content in just the base game. The game will be turn based Active Time Battle combat.

(Note: each role is in charge of their specific role i.e. the character designer can create what they see best for the game and its story. I do have an idea of what I want each character to look like and would tell the artist what i think they should be like but the final design is at the designers discretion. Similarly with the composer of music I will suggest the mood for the music but the composing is their call in the end and what they would see as fitting everyone will have a say)

This is gonna be a long ride and an amazing game, I hope i peaked someones interest!

My Role(s)/Position(s): I will be writing the story, parallax mapping, eventing, running the engine, designing the world and using the engine as a whole. the roles above will not be required to use the RMMZ engine at all, that will all be handled by me. putting your work into the game and making the placement proper as well as purchasing needed plugins to further improve the game.

If this peaks anyone's interest please DM me and let me know and I can try to give more detail than here and maybe set up a demo of the game so far. Also i will provide a discord link so we may be in conference calls and communicating while the game is being developed. Hope this finds you all well and I hope my pitch wasn't too terrible.

Thanks for reading to the end! much appreciated!
Last edited: Apr 14, 2021

Also we as a team will be able to work on the story together as we develop the game, so know for sure that the story isn't set in stone. 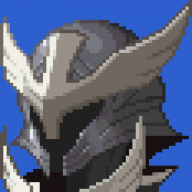 Hello, would you mind sending me through private message what kind of style your character designer use, or show me one of the character as an example, so that I could know if I could make sprite of it or not?

Astaltw said:
Hello, would you mind sending me through private message what kind of style your character designer use, or show me one of the character as an example, so that I could know if I could make sprite of it or not?
Click to expand...

Solovei
Are the default-size "chibi" sprites really a bad thing for a project? I'm not planning to sell my game anyway but I was wondering if they were as hated as some videos seem to claim...
46 minutes ago •••

DaveTheArakin
Anyone else who initially created a character to be a villain only to end up liking them so much that you made them a hero?
Yesterday at 10:56 PM •••