Screen Effects - Focus Attack Visibility
by richter_h (a.k.a. Richter II)​
Introduction
You know, it'll be a more dramatic when a certain spellcaster casts Chaos Meteor that showing rain of chaos in enemy's area WITHOUT showing the rest of party member (who just stand still and watch the world burn by the fiery rock balls falling from the sky).
And in Eremidia: Dungeon!, you can spot some characters who cast their skills/spells with the mentioned effect earlier--make other party and enemies disappear for a while, and show the glorious animations and sequence as well with the effects on the screen.

Hence, this add-on comes to us.
With simple configuration, you can spice your glorious animations and fancy sequences up thus increasing player's gaming experience.

Note: This only works with Tankentai SBS only. I can't make a deal with other battle system for now.

Updated to 1.0a for a minor fix that previously making dead party to be invisible forever

Features
- Makes designated battlers to temporarily vanish from screen when the action started. They'll be back after the action finishes.
- Simple configuration

Screenshots
I bring screenshots from Eremidia: Dungeon!, where I use this add-on.

Notice the battle status. There are actually 4 actors in battle.

Check the script for details.

Demo
Nope. Not needed. Try it to a fresh project with Tankentai SBS w/out ATB installed.

Q: How can I make this works with my battleback?
A: For now I make this script to work independently. If you use battleback script and want to the battleback takes the effect of this add-on, just tell me and let's see if we can make a deal.

Credit and Thanks
- richter_h
- Yanfly for the base idea. Basically, it's derived from the YEM
- Mr. Bubble for the reference for base structure of methods

Author's Notes
There is a known issue that if you use ATB, it'll leave an active battler AND a party member in command to stand still in battle when an action performed. It's normal, by the way. If you want to get rid of this issue, I'll make it done ASAP.
Last edited by a moderator: Apr 6, 2014 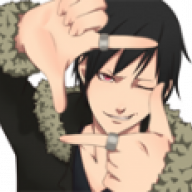 I've already said this, but your script is pretty cool!