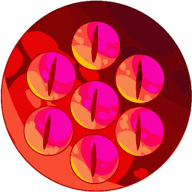 So, in the game I'm making, I want a way to implant team attacks
For example:
The World Ends With You, where the player and their party member both do a special attack together, attacking their foes.
Course, this is RPG Maker, so I gotta make it make do.

Basically, two party members have a skill:
You select said skill, and both party members are doing that attack together, draining both MP/TP thanks to that attack,
and basically doing their turn simultaneously

Is there some way to do something like that?
If not, its fine.

As far as I know, it will take a script to implement something like this. I'll move this to RGSSx Script Requests for you.

oh, thought it was capable of being done without scripts.
my bad

https://rpgmaker.net/scripts/374/
I think this is what would work for you. Just found it, never used it.

Maus Merryjest
Man, nobody has created an MZ state animation plugin outside of VisuStella. That breaks my heart.
18 minutes ago •••