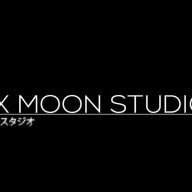 
This is my first time actually posting something so if this is in the wrong place I completely understand. I am unsure if what I need even possible and if it is I am unsure if it can be created using plugins or events. As its two things that I feel go hand and hand I will ask here however, if I am advised to make two separate posts then I have no problem doing that as well.


I am creating a story/puzzle driven dungeon crawler with a Zodiac theme and a heavy influence from Classical Greek Mythology System. I intend for the battles to be hard as most of the enemies are Greek Gods, Titans, and other legendary monsters.

One aspect I’d like to incorporate into my game is a “Party Rest System”. The dungeon is divided into zones. At the beginning of each zone the player would be able to chose 4 main party characters and 4 buddy characters.

After the zone is completed the 4 main party characters would have to “Rest” (Unable to be played) for the duration of one in game zone. For example “Aries” is a zone. The player has chosen characters 1-4 as main and 5-8 as buddy. Once Aries is beaten, characters 1-4 cannot be used again until the next zone “Taurus” is completed. So in essence a skill cool down, but for a character.

The second thing I need help with is the actual Buddy System. In battle should players 1, 2, 3, or 4 die, player 5, 6, 7, or 8 would automatically step in to take their place. (There is no reviving until the end of battle where HP is restored. )

Thank you very much to anyone who may be able to steer me in the right direction. Have a good rest of your weekend! 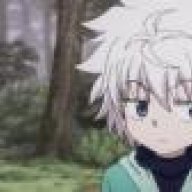 For the second part you could use my plugin LudoSwap.js it basically swaps out dead party members with reserve party members after a set amount of turns (can be set to any value in the plugin parameters).
For the first part you might be able to do something via eventing by locking formation access (page 3 of the event commands) after entering an area, and enabling it again when needed.

I forgot to add that you can use the script command
Code:
multiple times after the player can't change their formation to swap reserve members with party members. (ex : swap the first with the fifth, second with the sixth and so on to swap the first 4 with the last 4).