Hello! I am looking for any number of testers between 1 - unlimited. I have been working on a game for well on 2 years now, with many other projects in between, but I would like to trade some testing time before I ship my game out. I have played it too many times and I know what I am looking for. It is *MOSTLY* bug free, because I have run through it so many times, but I was hoping someone who has no experience with it could offer their thoughts and bug hunting. My game is around 90 minutes in length (I know... pretty weak for my time investment!) and can most easily be classified as an exploration adventure stealth game. There are also 15 optional journal pages to find which explains some back story and if you find most of them, you get to play through some extra content and learn even more exactly what went down. And you can find plenty of other easter eggs and fun stuff.

I would be glad to trade an hour for each hour (or however long you spend). Let me know via PM would be ideal, but comments might work, too.


Tanya, a young woman attending the Academy of Life Arts, is relentlessly bullied by another pupil. One day, she is encouraged to explore the archipelago where she lives. A mysterious earthquake previously destroyed the main bridge between her island and the rest, but the scheduled repair time is fast approaching. Seeing an opportunity to find new ways to resolve her conflict, she embarks upon a journey across the islands, not quite sure what she is looking for, but thankful for the change of scenery. Along the way, she will meet a variety of characters, sneak through forest paths, pilot a variety of vehicles, solve puzzles and help the inhabitants of the islands she calls home in myriad ways.


As a pacifist, Tanya must seek ways past her bully that do not involve violence. Stealth & Speed are integral to accomplishing this task. Since Kelly is quite good at anticipating your next move and has set up to ambush you along the way, you must seek your way past her and reach the end of each maze to progress. But Kelly knows a lot of other bullies throughout the archipelago, and she has recruited some help, too. Use stealth to sneak past the bullies and solve puzzles to block their path and keep them from following you.

Tanya: A young woman attending the Academy of Life Arts. While she only has a couple of years left until graduation, she has grown tired of dealing with Kelly, another pupil at the ALA. A pacifist to the core, she has always abhorred violence and never understood its place or function among a civilized people.

Kelly: A mean spirited student at the Academy of Life Arts. Though much younger in years than Tanya, she makes up for it with a fierce and tenacious bullying campaign directed mainly at Tanya, but she will unleash on anyone who she feels is in need of it.

Hey everybody! How's your day?

Whooo! 1 Test Down, #? to go! Anybody interested in playing 60-90 minutes and getting a game tester in return?

Thanks for all your help everybody! I have made some slight changes based on feedback, so if you are feeling generous with your time, hit me up! I am mostly looking for feedback/suggestions on how to tighten up my writing at this point. If you happen to stumble upon a bug or typo that hasn't been squashed, though, I would also like to know... PM me for a link, bonus points if you have a link to your demo also.

Whew! So many big changes have been made, a big thanks to the people who have helped to inspire them, both through testing and their input!
Shout outs for AbyssalDarkness, AlexanderAmnell Padr81 & amaSenpai. You have all contributed a great deal to my game development and I greatly appreciate your help!


And if you're reading this, thanks for your interest! That having been said, more testers are welcome! People with demo's of their own are encouraged, but I understand: you are focused on your project. It's perfectly normal, but if you come up for air, I'll trade some time. I normally hate playing demos, personally. They feel unfinished, obviously, but I hate repeating things I have already done. Anyways, demos or (prefer) full games I will test em out. Or if you have a friend who needs testing, I'll help there, too. 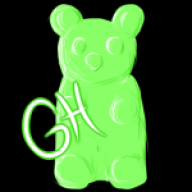 This sounds like a pretty sweet deal, but I have a question...

Is "Passafist" a pun of "Pacifist"?

GummyHelix said:
I have a question...

Is "Passafist" a pun of "Pacifist"?
Click to expand...

Yes it is. It's a stealth game and it may have a connection to the story.

Oh geez, I'm sorry everybody! I didn't forget entirely about this, I have just been scrambling to get more done. I have added a fair amount of content, some areas and fixed the unfortunate, formerly impassable bug. Now you CAN ride the airship and get to your final destination. Or a few other places if you really want to...

Yes @GummyHelix it is a play on the word pacifist, not me just being bad at spelling

XyphienLLC
In the review stages for Pixacrea to be put up on Steam Coming Soon page... hopefully coming soon
A moment ago •••