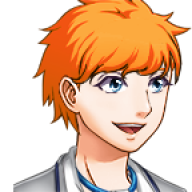 Okay to summarise my problem I want to use text codes within the text generated by a variable script. So for example when I set Variable 1 to Script and I write the script as "She screamed,\\. he looked horrible!" I want that text code to be called so it pauses for a fraction of a second. Or in other situations change colour or so on. Basically use a text code. From what I've seen after spending hours googling this, it should be possible? I think? That or I'm misunderstanding something?
I'm using RPG Maker MV and the only added plugin I have is Yanfly's Message Core plugin. Using that I call on variables from within a text box. So in a text box I would write: \v[1]
Instead of the text code working, what happens is the message box reads: She screamed,\. he looked horrible! The message box just refuses to use the text code if it's done by a variable script. Am I missing something here? Why won't it read the text code? Is it because I called it using the \v[n] text code? Is it even possible to use a text-code from within a variable script? Would really appreciate some help because if I can figure this out it would save me ages of grief. I've been Googling this for hours but can't find anything so I must be missing something here.

It's fine, \v[x] is a "convert" code (pre-message) and \. is a "process" code (mid-message). You just need to use \x1b instead of \\, since the default code pre-converts all backslashes to the \x1b escape character. E.g. Control Variables > Script:

@caethyril Thank you so so so much! I tried your suggestion and it worked! Seriously you're an absolute angel this has made making my game 100x easier. I was up till 4 AM last night trying to figure this out and posting on here was my last hope. I'm making a game that's entirely text based so everything works through variable scripts so being able to use text codes within scripts is so so huge. Literally cuts all the events I need to make in half. Seriously thank you! I hope you're having an amazing day!