Thought I would make a thread to celebrate Dark souls 2 being so close to release in all its hollow glory and make a list of all the people who would like to coop/pvp together throughout the forums.

Why you should get Dark Souls:

Reasons why you should avoid Dark souls:

So lets all get together and die repeatedly in a jolly cooperation fashion.

List of players that want to coop/pvp on each platform: 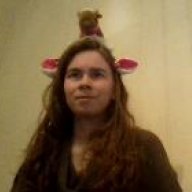 Dark Souls is awesome, but it was not ported all too well to the pc.

MektiKwiiger said:
Dark Souls is awesome, but it was not ported all too well to the pc.
Click to expand...

True, but I believe that the creators learned there lesson and are going to do a better job this time.

I really hope so. I had so much trouble with the Windows Live login that I never managed to play coop with anyone.

Fighting the undead shoulder to shoulder with your partner is a lot more fun when you are actually fighting together than just being together in fighting on your own. 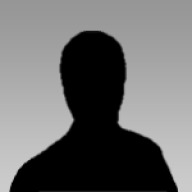 I remember playing the first dark souls and noting the only coop was people leaving "treasure below" notes along every single deadly cliff.

The first game bored me to tears, as did Demon Souls.

To go ahead and get the disclaimer out of the way, No it wasn't a hard game... at all. I found it incredibly easy aside from a need to look up a map eventually when they just up and decide that "hey, instructions, no one need bother". I'm pretty good at picking out traps, so the instant deaths never really hit me and enemy AI was fairly simple, pretty easy to exploit. Only death risk was when players invaded my game twinked out in early game areas praying on people significantly less geared. So... not much to do about that.
You must log in or register to reply here.
Share:
Facebook Twitter Reddit Pinterest Tumblr WhatsApp Email Link