The Bard's Lore: The Warrior and The Dragon

SYNOPSIS: An old-school dungeon crawl is returned from the previous millenium in a new guise. No backstory, no character development, no building interiors. Just one main quest, minimal hand-holding, and unforgiving grinding. If you rage quit, hopefully it'll be because the conversion succeeded.


This is an old-school medieval fantasy dungeon crawl with few items, unbalanced monsters, and dialogue only slightly expanded from an absolute maximum of 20 lines times 16 text characters per map square. "The Bard's Lore" (TBL) provided no backstory or plot, just started you in the standard "Adventurer's Guild" location where you could save game, create/delete party members, and assemble a party of (up to) 6 characters of various classes. In the town outside, you explore the streets and kick in doors of buildings. Unlike most RPG Maker games, there are no interiors of houses, no NPCs you encounter wandering about except as placed events like stores upon opening a door. The combat system is Dungeons & Dragons-inspired, and is the chief difficulty to implementation in RMMV. There is one main quest, to rescue the Queen from the monster Grendel, which will take you through a total of 6 dungeon levels and 3 outdoors maps. The original included one pornographic image and several movie character images, which have not been retained. An R-13 image has been retained. Difficulty is unforgivingly hard, with only one save location and deliberately unfair bosses. Characters have no backstory, beyond what you imagine for their race and class, and get no development besides level-ups and equipment.

The original's complete Introduction reads:
Welcome to the mystic world of THE BARD'S LORE. Deriving
from the Bard's Tale series, it takes you into the limit
of adventuring. If you can beat Grendel, you will truly
prove yourself to be a worthy adventurer! But there are
some major monsters out there, just waiting to take a bite
out of you...you must use all your cunning and wits to solve
this one.
WHAT: Was originally developed in 1997/98 by John H Wigforss of Sweden, using the Bard's Tale Construction Set (BTCS), and was made freeware by the author in 2002. If you've played any of the 3 "The Bard's Tale" games from the 1980s, it looks much the same but expect a higher level of difficulty. This conversion to RMMV tries to retain as much as possible.


WHY: I've already attempted previous conversions of TBL to "The Devil Whiskey" back in 2004/05, and to "Sword Coast Legends" back in 2016. First stalled on lack of insight into the core API, second is considered complete but SCL got little interest after a while and nobody has asked me about those 2 modules I released. Anyway, I figured another conversion is a good way to get me into RMMV while limiting the amount of original design I have to do.
HOW: Because this is a conversion, all source maps & enemies & items & spells & skills & classes are being used. After expanding all the 22-by-22 square BTCS maps by 3 times, the graphics still have some issues due to the cramped maps and "free walls" inherent in these square-celled games, but only a complete redesign would fix cramming the final boss into the equivalent of a 10-by-10-foot room. Lots of existing plugins and at least one new plugin to re-create the specific behaviors of the BTCS. All RTP graphics so far, except added orc noses for Half-Orc characters.
PROGRESS: 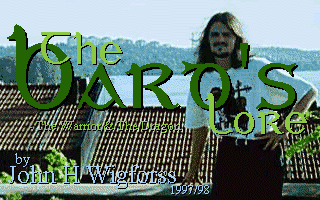 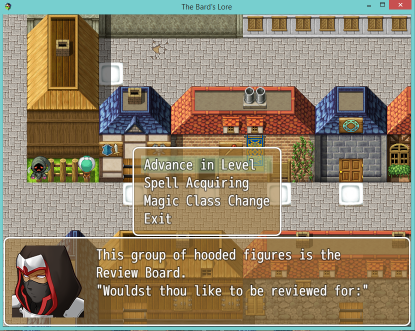 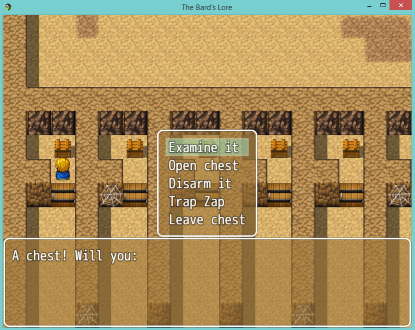 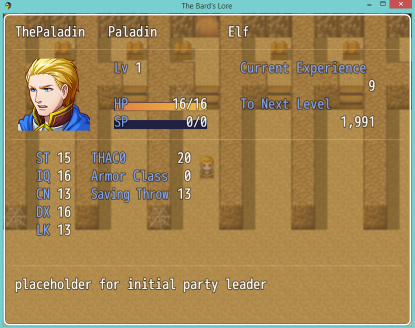 RISKS:
Full working release may not occur as this is a first RMMV effort trying to replicate specific old-school mechanics.
But at least should help the D&D-inspired crowd with combat mechanics.

Beta released after losing interest for over 6 months and getting back into working on it again. This is NOT a demo, as the entire storyline is present but the old-school game mechanics aren't entirely implemented.

There's also a Steam Workshop posting, but I can't tell who can see it.

(Real life, it is chronically the fourth chapter that I am making.)
54 minutes ago •••