Try convincing the IRS, SEC, the Canada Revenue Agency, or any other Tax Collecting Agency that where you made your money isn't important lol.
Click to expand...

I'm a 30 year old born-in-the-USA American citizen with an SSN. I have paid taxes literally and exactly one single time in my entire life. So for the most part, the IRS doesn't know sheep about where I make my money. And obviously judging by the fact I haven't heard from them, they don't care. They only start caring when the numbers get high enough.

Pro-Tip kids: paying taxes is optional, don't waste time and energy declaring your income to a bunch of bureaucratic jerks.*

Mushroom Cake let me cut through a whole lot of BS and get straight to the heart of why I am engaging with you right now in spite of our obviously VASTLY different personal ethics, you being a lawyer, and my being an anarchist: you are speaking from a position of expertise/authority and you are giving people outright misinformation. No one is going to get in trouble because they spent money from their RPG Maker banned.url on a free RPG Maker game they're making using resources that are only licensed for non-commerical games. I mean, it could TECHNICALLY happen, but it's slightly less likely than buying a lottery ticket and getting hit by lightning on the same day. I am not okay with the fact that any overcautious person might be stifling their own creativity even fractionally based on your misinformation.

Do you play D&D? I play D&D. This one hyperspecific thing is a micro-example of why I often say there's no such thing as Lawful Good (specifically that LG is less plausible than the trolls and elves and dragons and warlocks). It's a contradiction in terms: law and morality conflict in certain situations, like here. Someone that spends money from their RPG Maker banned.url on a free RPG Maker game w/ "noncommercial only" assets in it is not doing anything wrong even if they're breaking the stupid law. They're not stealing from the licensor**. And your implication that there is any meaningful chance of them getting in trouble for it is a false one.

As for your jurisprudence (no sarcasm: it's a trip even being in an argument where that word can be used correctly, thanks for that) all three of your examples are ones where the defendant is OBVIOUSLY doing something morally & ethically wrong, not something harmless like what I'm discussing. And your third example, at least, is also completely irrelevant. Maybe all of them are but I'll focus on that one.

The owner of a dog breeding business who posted individuals’ personal information on her website, which served as advertisement for her business, did so in the course of a commercial activity.
Click to expand...

The defendant was violating someone's privacy during the course of a commercial enterprise. She did not have consent to post that information. That proprietary information was not "licensed to her non commercially" or even anything remotely equivalent to that, it was information she was using in her commercial enterprise that was a violation of someone's privacy that they were ALREADY asking her not to do. It is a million miles away from even the roughest equivalent of a noncommercial license: it is crystal clear that she had no LICENSE whatsoever to use this information, she was ACTIVELY BEING TOLD TO STOP. That would be like using a resource where the entire "Terms Of Use" simply read "DON'T."

I'm sorry I double posted. In general I try not to but my various cognitive impairments and mood disorders make it very difficult procedurally for me to express large numbers of complex ideas in one post.

* Obviously, this is horrible advice it's probably much safer for you to pay your taxes, at least if you have $10,000 or more in annual income. Even if my experience is typical and not atypical, which I have no reason to assume, it's still not worth the risk. Don't take me at face value here.
** Just as no licensee would ever assume that non-profit != non-commercial, no licensor would ever assume that non-profit != non-commercial. Except for the one or two percent of them that are also lawyers or had some other bizarre reason to actually read the full text of the license they've chosen to use. 99.88888% of licensors who choose to license their work for non-commercial use only do so because they do not want anyone profiting from their work, and could not care less about the technicalities.

FINAL FINAL FINAL THOUGHT: I realize that you are providing a service here by providing legal advice here, and that the service you are providing here is purely providing legal advice, i.e. moral, ethical, and philosophical considerations are LARGELY irrelevant. But not PURELY irrelevant. I chose to engage because I did not want anyone taking you at your word that they could actually get in any kind of trouble for using commercially licensed assets in a non-profit game, at least not in anything but a purely theoretical sense.
Last edited: Dec 1, 2019

I'm not here to debate you on politics, morality and philosophy. I might even be on the same side as you for some of these issues, but my goal with this thread is to explain what the law says. Nothing more, nothing less. No hidden agenda or anything. And when it comes to the law, it is pretty clear on this issue: The term “used for commercial purposes” means the carriage of persons or property for any fare, fee, rate, charge or other consideration, or directly or indirectly in connection with any business, or other undertaking intended for profit." (18 US Code Section 31) (https://www.law.cornell.edu/uscode/text/18/31).

So my two criteria that I posted where merely comprehensive test to non-legal people to cover the direct and indirect aspect of an income. Again, I don't want to go into the debate of not declaring income to the IRS. I'm merely pointing out that under the law you have to do it a certain way, or else I present the consequences that the government CAN enforce. Key word here is "can". I'm not saying they will, hell I agree with you that a it's mainly a bunch of bureaucrats that aren't very efficient. I'm merely stating what they are allowed to do in theory. I certainly do not claim they will enforce the law against any RPG Maker creator. Like I said that is highly unlikely. But it doesn't mean that in theory they can't do it.

I'm sorry if you took anything I said as I thread or some kind of blackmail, that wasn't my intention. I just wanted to inform people of the theoretical consequences of not respecting some rules. And theory is theory, I'm not implying that people will sue RPG Maker creators lol. But hey, it is technically possible, and if some people tried to sue God, then anything can happen lol.

As for the logic of a custom, or the morality of a case, you have to understand that the morality or the logic itself doesn't matter. The law is the law, even if it's stupid. There are PLENTY of stupid laws, and A LOT of laws that I don't personally agree it. However, it is not my place to state opinions or talk about morality here, I just want to inform and vulgarize the law for the few RPG Maker creators that want to follow it. 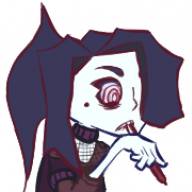 Apologies if this has been noted before, but I'm curious: if you have a banned.url (or any sort of consistent crowdfunding) does that automatically makes anything you release technically indirectly commercial as it has potential to bring in supporters and thus more income?

@CrowStorm You are effectively derailing this thread. Unless you have a specific query which falls within the remit of what is set out in the OP where you would like an opinion from MushroomCake28, I think it would be better if you did not post in this thread.

DemiDawnfall said:
Apologies if this has been noted before, but I'm curious: if you have a banned.url (or any sort of consistent crowdfunding) does that automatically makes anything you release technically indirectly commercial as it has potential to bring in supporters and thus more income?
Click to expand...

This is not a thread for legal advice concerning personal matters (since that would require an attorney and would be liable if anything happens). This thread is simply to give the theory of the law on certain matter, purely theoretical.

As for the commercial aspect of a project, the general rule is pretty clear:

Code:
Naturally, indirect income would include any revenue made in a sponsorship relationship. If a projects or a business (even personal businesses) makes money, provided the source of income is in relation with the project and/or business, the project becomes commercial. There are some exceptions to the rule however, for example non-profit organization. But those are exceptions to the general rule.

EDIT: I can only give you the general rule applicable in theory. Perhaps your situation has something different (like banned.url linked to a personal youtube channel, not your game making for example). Regardless, I would proceed with caution if I were you. Indirect revenue can be defined really largely.
Last edited: Dec 5, 2019

Got it, and this isn't a personal situation, don't worry. That was a theoretical question, but I'd always wondered considering Youtube channels that seem to use copyrighted material, but make money indirectly.

@DemiDawnfall The term "commercial" can mean different things in different context. In the contractual sense, it usually means both direct and indirect revenue. For the IRS or another Tax Revenue Agency (in Canada for instance, since I'm from Canada), the commercial aspect of a personal business might have a minimum required revenue to be considered a business that has to file for taxes (where I'm from a business doesn't have to declare any revenue if it made under 30k$ in a year, therefore making it "non-commercial"). But yeah, for contractual matters (which I assume was what you're asking, like if you are using resources that can't be used in commercial projects for instance), it's better to stick to the direct and indirect definition.

Added a section talking about team projects and the rights and obligations of people with a project where there are many contributors.

Okay, I've added information in the intellectual property section about asset editing, the line between inspiration and infringement, some info concerning fair use, and I've added a note about paternerships in the Team Project section.

I have a specialized class on laws on intellectual property this semester (more specifically about patents and trademarks, copyrights next semester), so I will update this guide if I come upon interesting stuff that is applicable to our game developers.
You must log in or register to reply here.
Share:
Facebook Twitter Reddit Pinterest Tumblr WhatsApp Email Link