The Development Stories of Well-known Games

When it comes to working for a company with money, resources and people power, some or many people may imagine that the work involved is not that hard and projects are pretty much guaranteed to work out. But a lot of stories I have heard about game development are either surprising or sound like they took a lot of work and integrity.

This is a great YouTube channel for learning game development stories. https://www.youtube.com/channel/UCLWh30LMdJZam_4SKWuq0dA/videos
Feel free to use stories from this YouTube channel if you think they are noteworthy, but try to indicate where it came from.

As for my own story I want to focus on, Xenogears. The story of Tetsuya Takahashi and a bit of his wife Kaori Tanaka (credited as Soraya Saga). These two people mostly had graphical roles before Xenogears and they had been coworkers for a while, which led into their marriage. They worked on Final Fantasy and Chrono Trigger and Xenogears was made from a discarded plot idea for Final Fantasy VII (for being too dark). Tetsuya still ended up doing concept art on VII. Both Tetsuya and Soraya were scenario writers for Xenogears while Tetsuya was the director. They essentially both had an equal amount of work on the story of Xenogears as the story came out of a shared passion for Nietzsche, Freud and Jung. The religious elements in the stories came out of Tanaka's belief in the power of belief itself.

While a lot of hard work was put into Xenogears, it got cut short before it could grow much at all... The original plan had been to make the story into seven parts, but instead we got a rushed second disk that was pure dialogue before the plug was pulled. After that, the team involved with Xenogears decided to make a game development company separate from Square and because of that, they didn't get to use any of the hard work they had put into the last project. A new story had to be developed without anything notable from the past game. This lead to the Xenosaga trilogy (+1?).

Xenosaga was done in cooperation with Namco. It tried a lot new things such as cutscene content lengthier than Metal Gear Solid at the time, even giving save points in the middle of some. The second Xenosaga game seemed to be a bit of a disappointment all around and that may have doomed the series to not being important enough to Namco, who eventually started to cut them off around when the Bandai Namco merger was being made.

After all that had been done, Takahashi and Saga's team still had the strength and integrity to try revitalizing the series one more time with Xenoblade (Chronicles). For the first time, Monolith was able to work by itself and despite an incredibly obscure launch on a system more associated with casual games, Xenoblade grew into a huge success on the Wii then Wii U. It got enough support that Nintendo made it into a bit of a flagship series and included the character in Smash.

Overall, Tetsuya Takahashi and Soraya Saga worked on 7 or 8 games, trying to realize that seven part Xenogears story. It seems that the time has come where they are finally able to create the full vision of the epic story they imagined.


I find game development stories like this something to really think about on multiple levels. A big question this kind of story brings to me is whether or not a team can be too stubborn in trying to make a certain type of story or game using a certain medium. In this case, one might easily say yes. Only time will tell how important their multi-volume stories will be.
Last edited: Jul 4, 2018

You might look into a game by Cleve Blakemore.. I will not mention it here . Crazy stuff around that whole thing and a a different forum with rpg in the name. I will say it gave me chuckles on and off in a dark time.

Two game dev stories that always stand out in my mind are FireFall and Kingdoms of Amalur.

A lot of the stuff on FireFall's development was on a now-gone web-page, which I may try and find through the Wayback Machine and link to, but in essence the story goes that the CEO was a loonie who would cut entire features from the shooter-MMO on a whim, the worst example being when he decided the game didn't need PvP after hiring an entire team to focus on PvP and eSports and getting them to develop in-engine tools for broadcasting (not a cheap thing to do, by the way). Former devs alleged he would scream and berate people so badly in front of the whole office that he actually had a safeword people would have to use to pull him back to reality and calm him down. They founded a web TV studio called Day 5, sunk a ton of money into it for no return (not helping that barely any of the content had anything to do with FireFall) and spent ludicrous amounts on a gaming bus that was supposed to tour cross-country to different events and quite simply didn't actually work in any way possible. Eventually the CEO gets booted out of the company by the board of directors for wasting stupid amounts of money on extraneous nonsense and FireFall dies a quiet death.

As for Amalur, it was the brainchild of Curt Schilling, a famous baseball dude (I'm not American and have no idea who he is but apparently pretty damn famous). He founded a studio in Rhode Island after the Rhode Island government game him huge financial incentives to open his studio there, and they began work on turning his fantasy universe into an MMO, which just happens to be one of the most expensive games you can make. They realise that they're not gonna complete it within their budget, so they start creating Amalur, an open-world RPG, which is also one of the most expensive games you can create. Todd McFarlane of Spawn fame gets hired to do the visual design of the game, RA Salvatore who wrote a bunch of D&D novels including the Drizzt Do'urden series is hired to craft ten thousand years' worth of backstory for the game, and the game comes out. It's not bad, it's got good combat, looks gorgeous, but the story isn't anything special and most people regard it as just being better than average. It sold well enough but they invested so much into Amalur and the MMO that they needed to shift an insane amount of copies (several million if memory serves) just to break even, which is a hard task for anyone never mind a new IP that's the first game from a new studio. It doesn't sell enough, the devs go under and Schilling gets sued by the Rhode Island government because they believe he knew the game wasn't going to recoup its investment and he has to sell off all his baseball memorabilia to cover the legal costs. It's worth noting as well that RA Salvatore never got paid a penny for his work, and when asked if he was going to seek reimbursement from Schilling, he laughed and said "I think he needs the money more than me right now".

I actually worked as a freelance game reviewer for hardcoregaming101 for a bit so I actually wrote a fair bit about the kerfuffle between argonauts and Nintendo related to Star Fox 2 and the unnamed Yoshi game that ended up being the Croc franchise. I don´t want to link directly to the article since it mentions my real name but PM for a link if you are interested.

As for interesting developer stories I must share is this documentary about the Neverhood game, a game completely made in claymation. What a weird bunch!

Funny enough I remember the article you're talking about, it was a cool read.

Neverhood was made by many members that created Earthworm Jim. What a goofy bunch of guys.

I can't find it now, but Hardcore Gaming 101 had an article about the canclled Akira game for Genesis/Super Nintendo which was interesting. The article covering the amiga version is still up:
http://www.hardcoregaming101.net/akira-amiga/ 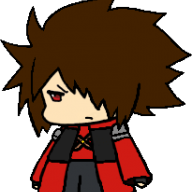 You guys know Devil May Cry 2, right? The sequel so awful that even the reboot is better and might've ended the series if not because it sold well on its initial release?

Hideaki Itsuno(DMC3 and 4, Dragon's Dogma) is credited as its director, but Itsuno only got the reins of the project 4 months before the game released. When Itsuno approached the team that had been working on DMC2, the only things that were done were the scenarios and Dante's Stinger animation. With only 4 months until release, it's a miracle the game is even playable at all, even with all the corners they had to cut.
You must log in or register to reply here.
Share:
Facebook Twitter Reddit Pinterest Tumblr WhatsApp Email Share Link

ImaginaryVillain
So the number one complaint I get so far is the levels are simply too large. What's funny is in testing I deemed levels taking too long and actually shortened them. Figuring I could beat them in 5-6 minutes so players would be able to do so in probably double that. I was apparently very mistaken, only one player has mentioned even reaching the second area. Let alone the first boss.
Today at 1:53 PM •••