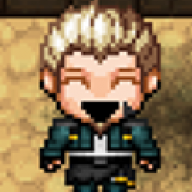 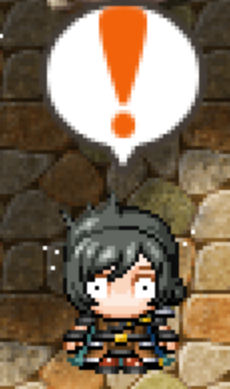 Meet June, a young, talented, yet privileged and ignorant adept sorceress, whose comfortable life is thrown upside-down when her trip to yet another jet set banquet is interrupted by a brutal invasion of an until-now peaceful nation. Targeted by, what would appear, half of the world, June finds herself under protection of a mercenary hired in secret by the kingdom’s most powerful human lords, and starts a journey of her lifetime. Meanwhile, it would appear that the world is witnessing the longest raining season in history, and some believe it is connected to an old legend saying the world would cleanse itself by drowning all life in the eternal cycle of new beginnings. Could June’s special affinity with water magic be connected to this prophecy? 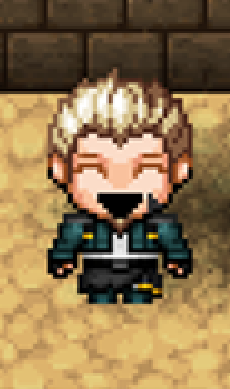 The End of the Raining Season is a game technically years in development, as it was my first game ever made back in RPG Maker 2000 and… completely lost, with my hard drives fried and all backups mysteriously disappearing. Although it was always just for fun, I took a long down-time with RPG Making, and apart some on-off relationship with different engines, only recently - thanks to the obvious down-time most of us have had due to the recent global developments - I decided to revisit the game, and make it again - a remake from scratch, if you will. An obvious passion-project, with a lot of technical and mechanical updates here and there, and my debut with the awesome RPG Maker MV. Most importantly, this has been a lot of fun making an jRPG I’ve always wanted to play, and hopefully this will also provide some fun to you as a player! 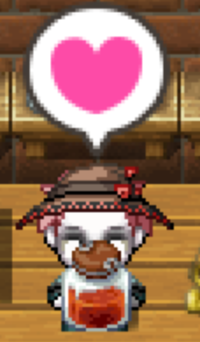 All of the above are already implemented in the game’s “first episode”, which includes the intro, the first dungeon, and a small piece of the world map, and is almost finished, save for some testing, which unsurprisingly takes more time then the actual making of the game. 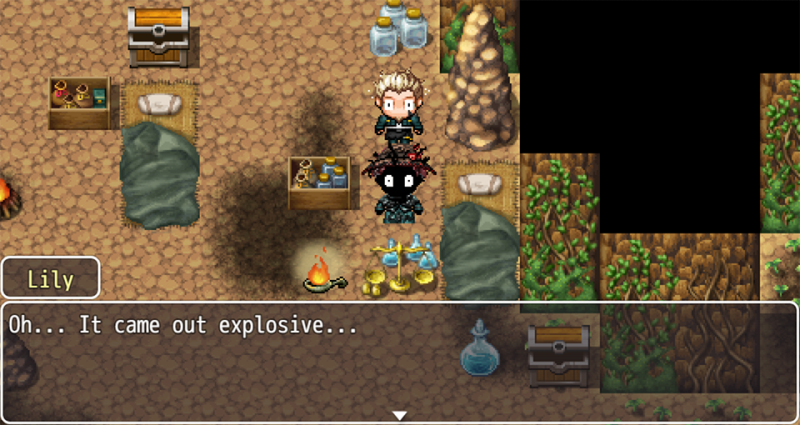 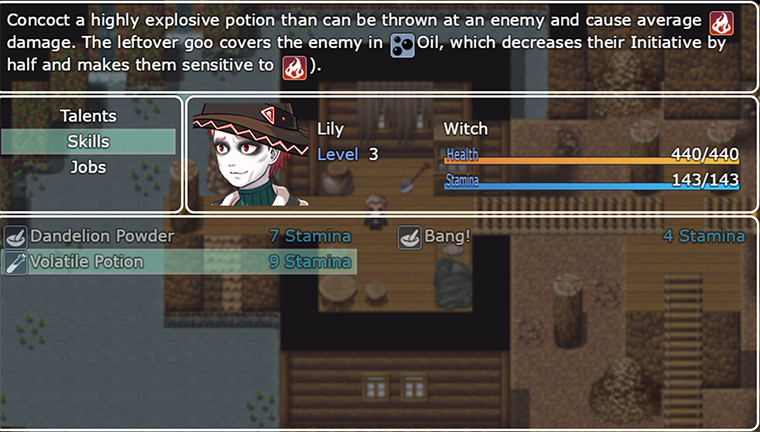 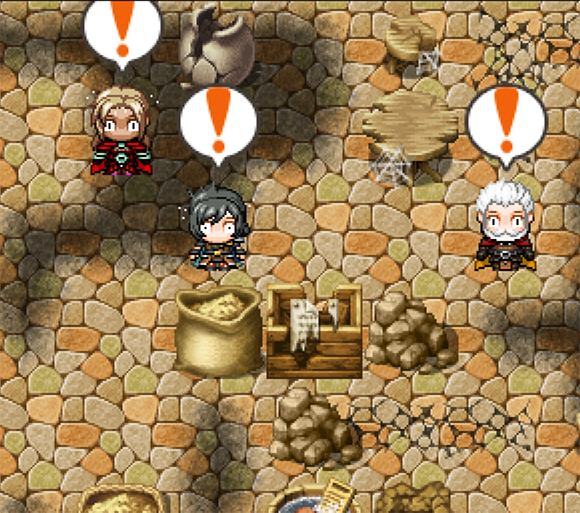 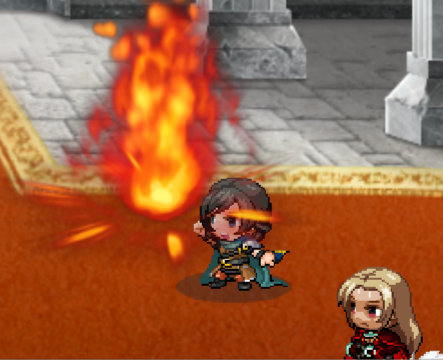 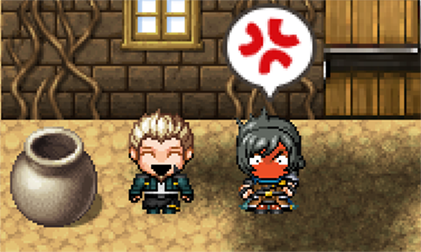 Just a short video showcasing the battle in the game. See below for details


Plugins used for the battle purposes:

All "additional" sprites and animations made by yours truly from the base MV resources.

Some description of the battle:

- Mumblins (the enemies) are blind, so they are always under the Blind state. They have some special area attacks though which will always work. Some more intelligent ones will also carry a bottle or two of Eye Drops
- Characters don't have the standard "Attack" command, and so they need to use either Skills (can be learned by anyone) and Talents (unique for each character). Both can be used only when specific weapon is equipped. A character can use two weapons at once. For example, in this video, Lily uses Scales for her skills, and voodoo doll for ther Talents, while Marcus has more "standard" set: a sword for Skills, and a shield for Talents. While some other characters are able to use scales or swords, voodoo dolls and shields can be used only by Lily and Marcus respectively. This will allow to experiment with character builds to get the best combination of Skills and Talents.
- There are rarely Skills or Talents that are simple attacks. For example, Marcus' Slash is quite standard, but his Rush Attack, although stronger than Slash, will make him "Exposed" for the next turn, which means his defense goes to zero, and he's more likely to be attacked by enemies. Lily's Volatile Potion not only will damage an enemy with fire, but will also cover them in oil and therefore make more vulnerable to fire, which makes a good base for June's fire spell Ember. As June's spells are extremely costly in Stamina (the game's MPs), this makes her and Lily a good duo for this battle.
- Characters use Stamina for all actions, except items and guard. Guard also recovers some Stamina.
- An out-of-battle honorable mention The party will be able to find a pickaxe which, when equipped, will grant the Pickaxe Swing skill used by the mumblins. It will also grant a special Job (out-of-battle skill).

Hello everyone, the demo for TEofRS has just landed. It features the intro, the starting area, and the first dungeon. Any and all feedback highly appreciated.