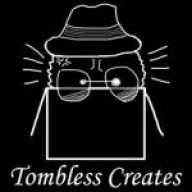 Be proud of your work! Valkill.

I'm also a gamer of horror, but I admit the contest seems... well... one game is horror and it's one of Top 3.

I don't know how to tell it about that game.

I'm a writer, so it pains me to see my work criticized for the writing, even though I've mentioned that it was meant as a cliche and would have been better with more time put into it. I'm still proud however, This in no way deterred me from making other games, in fact I find criticism helps bring out the best in me and others, so I always take things in stride.


*note: I played this game after a 3 hour session to finish another, so I was noticeably tired, and it shows in the video.


+I like being able to choose characters with different traits and priorities.


-The broken glass mechanic is extremely cheap, considering it didn’t tell me until later :I


-Abuse of darkness scripts. Combined with the somewhat lacking mapping it makes navigation a bit confusing. Not horrible, but definitely can be improved.


-Combat is shaky. While I appreciate you are SUPPOSED to evade it, the mapping layout makes it nearly impossible most times, enemies can run up to you while you’re busy with cutscenes, and hard fights are forced on you anyway.


To the developer: The game definitely has a bunch of potential, but is held back by details in different areas that just lower the enjoyment. Having to run while the maps are so narrow ruins the monster evasion aspect, there is no actual fear factor in the actual encounters (the amps themselves have interesting layouts, but the enemies are a joke), etc. Polishing it would help, but as it is it feels like just an action game with a slight zombie flavor.
You must log in or register to reply here.
Share:
Facebook Twitter Reddit Pinterest Tumblr WhatsApp Email Share Link

Kanori24
Another thumb update. The nail is beginning to break away, along with the aforementioned hard and blackened dead skin. The final join has regained some of its flexibility, tho it's a bit stiff after being held still for so long. The very tip of my thumb has a strange dry and somewhat tingly feeling to it when I touch it to something, but at least it isn't numb. I am so ready for this to be over.
5 minutes ago •••