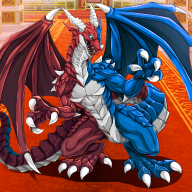 I'm trying to complete a few reviews each day, and figured I'd post a thread here to make it easier for those who want to review my project as well! This was a solo project completed in 30 days for IGMC 2017. Special thanks to all resource creators who made it possible!

Step into the gooey metaphorical shoes of the least likely hero in gaming history, who must save his world from the greatest villain in gaming history! Witness the unexpected birth of a legend, embark upon a grand adventure, and uncover a sinister plot (among other shameless genre-defining tropes)! 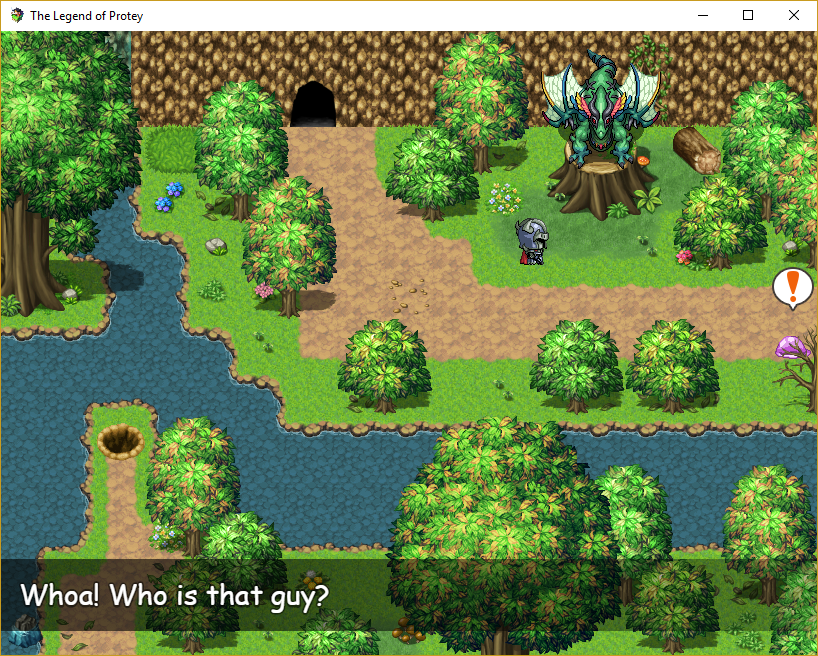 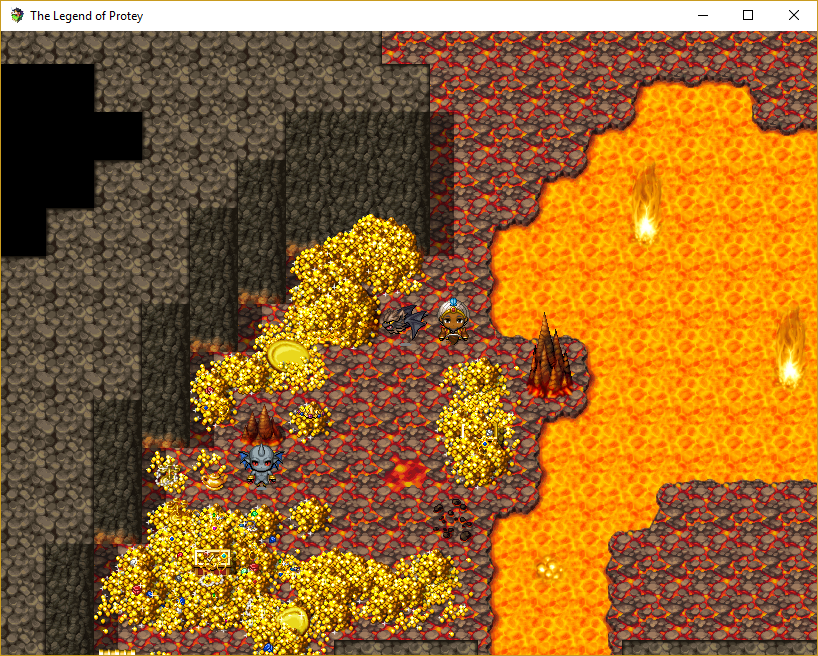 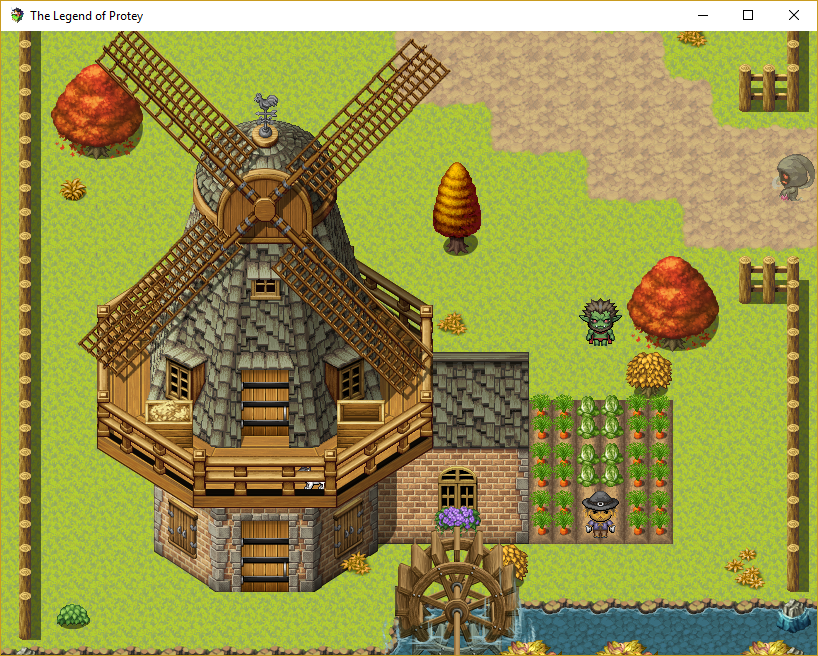 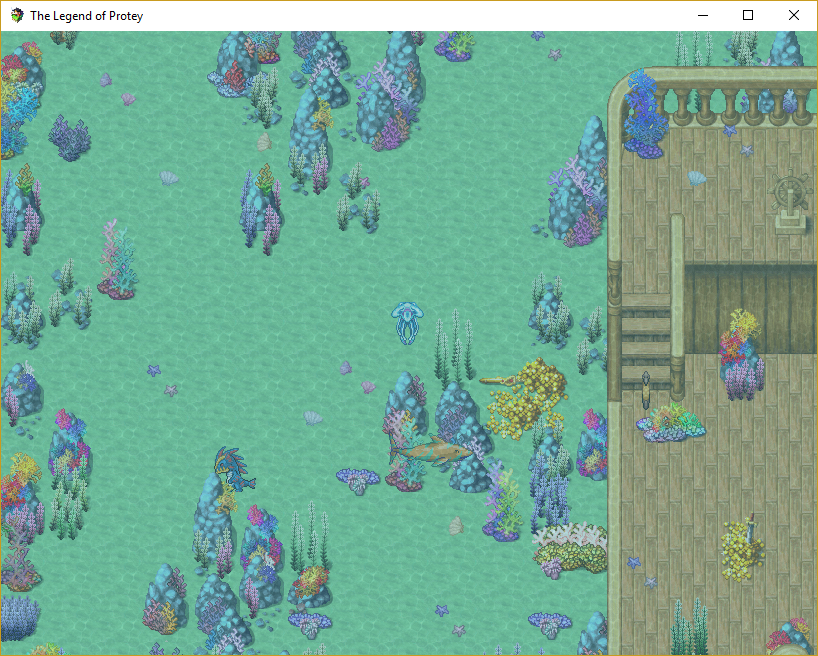 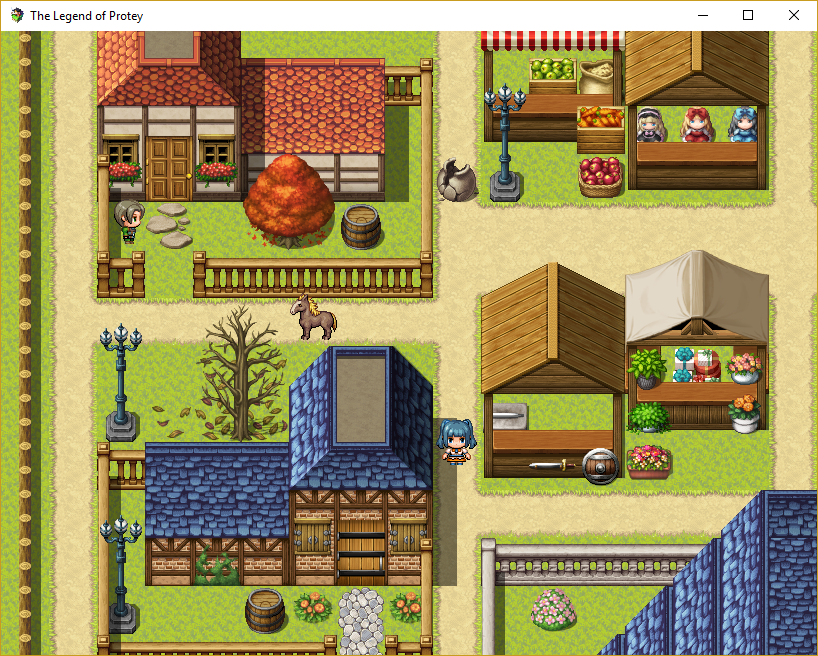 If you're reviewing this game and you dislike doing puzzles, here are the solutions for your convenience:

Bat Cave: The kids are in the upper right and lower left corner. Use Bat form to exit the cave across the hole in the floor.

Troll: Exit the cave on the upper level and use the plant hole.

Cornerstones: You have to backtrack a bit to find the four cornerstones. They are located in the bat cave, troll cave, slime cave, and the rat tunnel under the slime cave. Place them on the pedestals in the corners of the fortress.

Crypt lights: This is a simplified variant of a 3x3 "lights out" puzzle. The easiest solution is to toggle each light once. Use the blue flame on the wall to reset.

Pirate Ship: Bring the pirate a bottle of rum from the beach house.

Volcano puzzle: This is a more complex variant of a 3x3 "lights out" of my own design. Each spell circle douses three lights, and you can only activate three spell circles. There are 220 possible combinations and only 4 of them actually douse all nine lights. The most effective means to naturally solve the puzzle is to activate one, find a second spell that doesn't overlap with #1, find a third spell that doesn't overlap with #1 or #2, then activate them all at once. However, you could get a #2 that doesn't have a corresponding #3, so you'll need to pick a new #2 if that happens. If you don't want to go through all that trouble: activate the bottom spell on the right side and the two spells in the upper left corner (4, 10, and 11 if you assign the spells the numbers on a clock face).

Can you please add a few screenshots to comply with our game topic rules?

I can, but for some strange reason they're showing up as links instead of images. I'm using imgur and never had this problem before. (Edit: nevermind, got it. Direct links used to automatically post as images, but the system seems to have been changed.)
Last edited: Nov 10, 2017

This was a pretty fun game. Quite different. I found one spot while underwater that I thought I should not have been able to walk on, but I did.
I also did not finish the genie thing but went to the rock and broke it then I was able to move on.
Only thing I didn't like was going so slow at times. The horse helped.

Awesome, I'm glad you enjoyed the game! If you're at the genie that is *almost* the end (and it's totally worth finishing for the story conclusion). There is a puzzle solution posted above for your convenience to speed up the final section if you don't want to fool around solving it the slow way.

No I think you misunderstand. not finishing the genie scene was not something that I couldn't do. I collected the treasures, but just went to the rock and not back to the imp. I finished the game.

Awesome! Yeah, I misunderstood the first time but skipping that is unintended. It didn't make it into the IGMC version but I've patched that for the next update. I appreciate you playing and giving your feedback! Send me your link if you've got an entry and I'll be happy to give it a playthrough!
You must log in or register to reply here.
Share:
Facebook Twitter Reddit Pinterest Tumblr WhatsApp Email Link