RMVXA The Legend of Relic 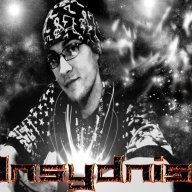 
I made the mistake of releasing this game out of excitement, back in August...And now that i've looked at it from countless angles i have majorly improved the game alot and made it even more unique and appealing.

The Legend of Relic.
A tale of Sudden Dark worries.
Predictive nightmares,
and where the Moon that governs
your very existence turns on you.
Yes, let me relay the Tale in which this transpired.

Enter into this Tragic fable where
The Gods themselves turned on one another.
And where Future & Past collided.
But not is all lost.
Know how a Man against all odds,
rode through The Storm of The Cosmos.
through the undying will to protect,
One may seek desperate measures.
Thus, in this occurrence.
The Darkness Fell.


Spoiler
Fight countless foes with various skills as you decimate the forces of darkness.
Permanently reinforce your HP with various items! Swing your sword to sling out a wave of energy from your weapon atincreasing increments.
COOL Visual and audio effects.
Become an Archon, and during the alternate ending a Lunar Archon, where Relic
and his dragon's sprite cycle through colors powerfully.
You also gain an ability to become immortal.

The game is not too long, but not too short.
Earn over 400 MILLION HP END GAME!

http://rmrk.net/index.php?topic=48326.0
Gump's Level up Display^^^
Shout out to Himeworks!
https://himeworks.com/
IT'S AWESOME How much support this game gets!!


And last but not least,
I hope you enjoy the game and music as much as i have making it!

I am working on DLC for the game, while also working on a sequel, known as Omens of Tribulation.
In my sequel you'll get to use guns.

EDIT: Please feel free to give constructive Criticism! I'd love to hear what you have to say about the game.
Last edited by a moderator: Aug 11, 2018

Insydnis, please avoid double posting, as it is against the forum rules. You can use the "Edit" function on your posts to add additional information you've forgotten or respond to multiple people. You can review our forum rules here. Thank you.