RMVXA The Menace Below (Idea) 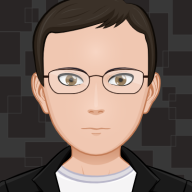 I had an idea for a game that kind of just came to me. The base idea of a "Technomancer" (defined in a little bit) interested me and I invented a story, just rolled with it. It's pretty dark and violent (lots of death) but I really like it and am considering making a game with it. Some of the story is based on real events that happened to me (namely, the suicide, the love triangle). Feedback?

The Technomancers are a people under the earth’s surface, unknown to the surface world—which would be us. They use magic abilities enhanced with powerful technology. Their purpose to keep an ancient evil beneath the earth contained. If the evil is allowed to escape, it will swallow up all of the earth and everyone on it. This has been going on for hundreds of years. They are forbidden from going to the surface world.

Viridian
Bio: One of the Technomancers and one of the main characters. Advanced in technomancy. Though very young, people look up to her. People sometimes call her Viri (pronounced Veer-ee) for short.
Gender: Female
Age: 18

Sienna
Bio: Viri’s best friend, though under her in technomancy. She is three years older, and very attractive.
Gender: Female
Age: 21

Leonard
Bio: The leader of the Technomancers. He isn’t in any of the bases of operations - rather, his location is unknown. He communications to the Technomancers via their powers, and they can teleport to his location, though no one knows where it is.
Gender: Male
Age: 35

Cyler
Bio: A teenager in high school, suffering from depression, failing grades, and a violent disposition. He has unknown powers like the Technomancers. Though not even he knows about them.
Gender: Male
Age: 14

Melissa
Bio: Cyler’s crush. She has a boyfriend, however. She’s a little shy, and a good student.
Gender: Female
Age: 14

Jonathan
Bio: Melissa’s boyfriend. While a jerk, he is fairly attractive, which is Melissa’s reason for liking him.
Gender: Male
Age: 16

The story, as you've laid it out so far, seems really interesting.

I particularly like the way that different characters' actions and decisions affect one another, and it all comes together when Viri runs into Cyler in the surface world. One thing I don't like is that Viri is simply "banished" to the surface world after breaking laws, killing guards, and causing destruction up above - that doesn't make a lot of sense after Sienna was going to be tried simply for taking a trip up there. It's like - is it a terrible thing for them to go up above, or not? And if it is, why give Viri a free pass up there? If anything, I'd say have Viri set to be executed, and have her find a way to escape up to the surface world, where no Technomancer dares to follow.

Right now, it feels like a (quite good) story-driven piece. I don't necessarily see where the game elements would fit into certain pieces (like the love triangle). On the other hand, the Technomancer powers and the escape sequences could make for cool gameplay. It's worth thinking about whether you want to make this into a game, or whether it would be better served as an animated feature or a novel.

Prescott
My entire world, full of monsters and treasures, will likely be done by the end of the year. After that it's all NPCs and side quests... then done. I'm never making an open world game again xD
31 minutes ago •••