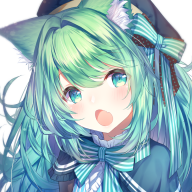 In a Subtle, quiet and peaceful urban area, you are a female teenager in the prime of her youth, your successful in high school, you have a rich house, a great loving family, and everything is working out fabulous for you. However, even the most peaceful of times wont last forever. With great Wealth and power, must come a price, which must be paid. Your life will change forever, and these 7 days, will feel like an eternity.

Welcome, this is ShiChiya, a game I have been working on, from what you've read I'm sure you can assume its some kind of suspenseful or horrific game. This game is delightfully creepy to the bone, with shocks to come. A game with horror elements which can give you nightmares. A game with an original and amazing storyline, one you cannot predict. A game unlike other RPG Maker games. This, is ShiChiya, and of course, your ticket to hell itself. 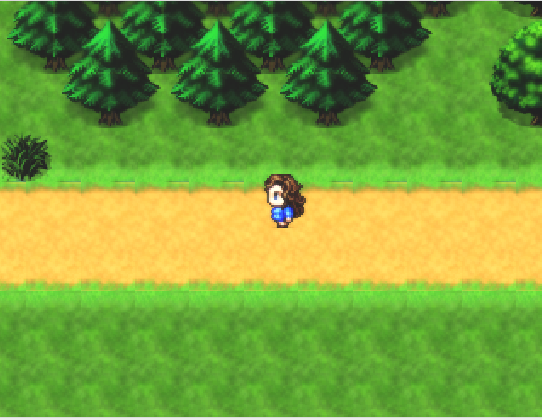 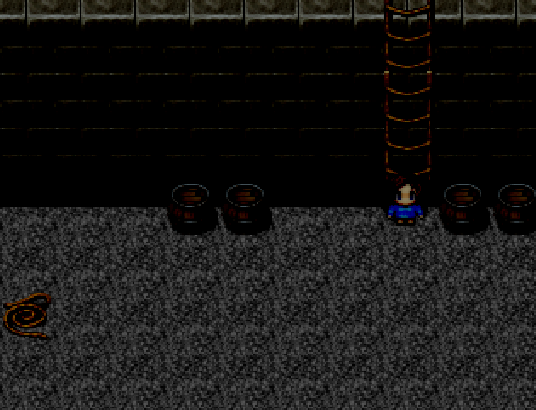 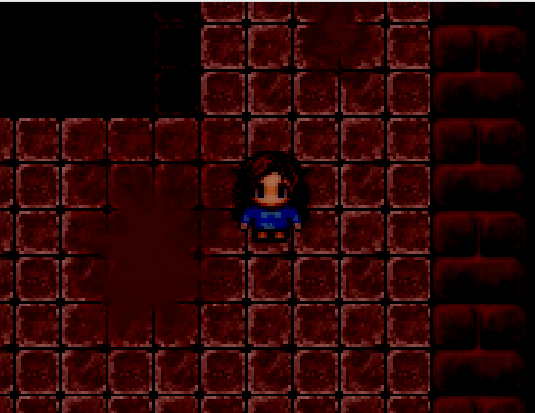 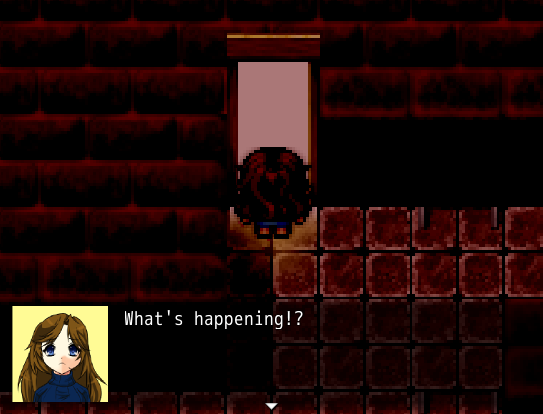 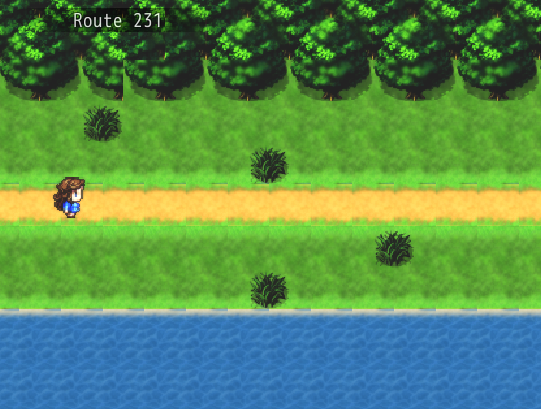 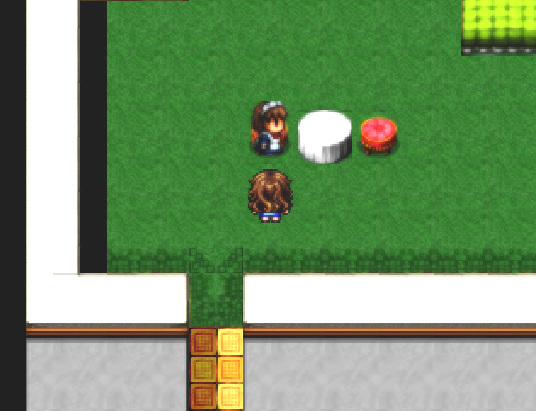 Are you capable of defeating this game? We'll see wont we, I can assure you, you can expect hell.

DOWNLOAD THIS GAME : http://www.mediafire.com/download/1to77jsswh7nca3/Project_Shichiya.exe
Last edited by a moderator: Feb 10, 2014 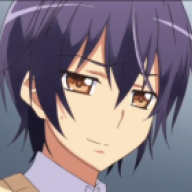 There is a problem with your download link. Instead of uploading a folder with your game files in it, you need to upload the extractor.

(Unless your prefer to have everyone to have access to your files, I don't see a executable (.exe) file in there) Once you get your game gets compressed, then upload it.

I'll do this immediately, sorry, I'm getting right to it now xD

Alright everyone, Project ShiChiya is truly up for download, give me some feedback guys xD tell meh what you liked/didnt like ;p

Hmm I'm trying to download it by it doesn't give me the notification to save it. Maybe its a bad link or mite be my connection but I have trouble downloading. I'll try again later, mite be my internet connection. One thing I like to advise is your file size is really big. I assume you checked to include rtp data, next time for future uploads try to decrease your file size and don't package the rtp along with it. A lot of us here has the rtp. Other then that I really want to try your game but there are these annoying obstacles.

Edit: I got it to download with internet explorer, I'll try your game out and report back when I have the time.
Last edited by a moderator: Feb 8, 2014

Yay tell me how it flies xD

Okay I just finished your demo and I documented everything. First I want to say I didn't expect much and ultimately that was my downfall. The game indeed turned out to be scary. Your music made that atmosphere in your game alive and the noises from the basement was something I was definitely not curious to look into (too scared). The game has a lot of bugs, they can be easily fixed and your mapping isn't perfect. But I can say you achieved a crucial part of your game. You scared me off my seat, and gave me several goose bumps! I even had to take a break from your game! Again the atmosphere from your music pulled me in.

Below is a list of things I documented playing the game what could have been improved on, what was great, and my experience.

Really long! Beware! (I also point out all the bugs in here)


My experience of the game in order.

Intro music was good, it was Definitely creepy!
Your name was slightly covered behind the menu though.
I can pause on the intro.
Intro after game start was nice, I imagine the text to be more creepy
or something later as the project goes on. (Like chiller font for example)
The background behind the protagonist portrait is unneeded.
The zoom is a really good addition to the game.
Atmosphere is really nice on the first map, the cicadas and the wind makes
it feel more realistic.
Mapping issue on first map upper corner.
The random teleport to the sisters room was odd after the first cutscene,
was confused for a second.
Dat Onee-chan to good, and you even used the right one (not oni-chan) im a fellow
otuku
Need to make the zoom not noticeable when going to other areas. You do this by using
a fade out to zoom in to fade in to not show it.
The house inside needs to have walls enclosing the gap on the side
Should be able to read the notes outside the door rooms to understand what
room it is.
The doors are oddly sensitive, I can easily go in from the side of the door
The box with the item is not animated. Check the step to allow it to blink.
Need to create event to make the user ignore the basement instead of on top
doing nothing.
Can't interact with people at dinner table before scene.
Should put an action event on the table. Instead I ended up talking
behind me during the dinner scene, kinda awkward lol.
All these teleports.
Yep, started getting creepy when I walked into the basement, great music.
Made it to day 2, what an odd dream.
Route 231 already has a tree clipped out onto another tree.
Was odd how it controlled my character when I got the vinegar. Here either
it should control your character before and after you get the vinegar or you do it
all manually.
Can't interact with little sister after vinegar.
Another odd teleport out of room. If this was a scene do a simple fade in and out
effect in the same room.
Going to sleep after waking up is a bit weird lol.
That cutscene was very long in each of the room and wow I am really getting tense
from the sounds in the basement.
Pauses the player to long after dad tells you to dress up I didn't dress up,
I'm such a bad girl.
The scene walking to the church is kinda funny, they kept stopping and walking,
doesn't look right.
The church mapping is really nice, to bad you cant interact with anyone.
I don't sit on the chair all the way. Probably because I walked on top of the
event from above it.
Needs to be other people at the church, kinda creepy just us four, but the
church scene was a great addition to a horror story.
The player sure gets tired easily lol.
Major bug, after going into the room, if you walk out, you go back to the previous
day and have to go through the whole church scene again!
Yay! Church again!...... lol, and I had to watch that scary basement scene again...
Oh I understand why the doors are so sensitive, you don't move on grids.
Mom didn't have portrait after the scream, though I can understand why if
she had no scare reaction, still is odd.
OF COURSE, I have to go into the basement....i'm scared, oh nvm its outside
the forest is kinda odd, i expected a another map, and its really dark outside,
wish I could bring a light or something.
Really your sounds are scary gj on them,
In hell now, I can walk on the trees.
I love the concept of world reflected off the original, it makes it that much
scarier.
I was kinda disappointed with the basement at first because I expected much more
or something creepy, The guy was funny but kinda ruined the atmosphere.
The hole event was that noticeable, idk mite just be me.
Oh you can jump!? That is cool.
Omg, I just got goosebumps after my first death. Can you put at least some kind
of warning that there are monsters lurking about and encourage saving.. my save point is kinda far.
From my last save point, I realized you don't have to talk to the mom after the scream, it
should be mandatory.
Those bell pitch sounds are genius (when you talk to kanna before hell)
Those jump scares, I made it back to the maze but I died to something. Got
Startled again.
OMG, okay what ever that thing is I keep jumping out of my seat, I'm going
to take a break from this game, this game is seriously scary.
OKAY, back from break, ate food and hope I don't have to see it again.
Wow some kind of weird orb, finally progress.
I can walk on top of the stones, which again is odd just like the trees.
Wow, I freaked out from the sfx when I stepped into the lava, good thing i saved.
Second orb was easy enough, I see how the jumping mechanic works now.
I'll mention this now but the game over screen is really long.
The orb were you have to skip over puddles of lava was definitely
not noticeable and was very painful to get...very. Most of my game overs was for that
orb. Pls make this part easier. Died 23 times to get it, i still don't know how i got it,
Figured out password, glad it was nice and easy.
AND demo finished.
Game time was 25 Minutes in game but took me around 45 minutes to beat if not counting break.
Game was great and I see high hopes for this game but there a lot of room for improvements.

I'm not the best person at reviewing rpgs but I don't need to understand anything when I can say it legitimately scared me.

Edit: I also want to note make sure you don't upload the RTP, increases your download size and scares off potential players.
Last edited by a moderator: Feb 9, 2014

alrighty I read through it all xD so much stuff for me to fix ;p And yeah I didnt expect the monsters to be so scary ;p keep in touch with me through messages xD i should be completely finished in a month or so xD or sooner o -o
You must log in or register to reply here.
Share:
Facebook Twitter Reddit Pinterest Tumblr WhatsApp Email Link

Candacis
I made some sideview closets for MV!
You can find them in my MV resource thread.
55 minutes ago •••