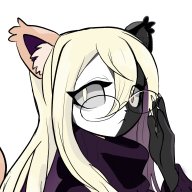 I'm back to making game and continuing for the next scene but the latest scene didn't transfer to "Mesa's house".
I thought maybe I didn't set the "player" setting correctly. After I tried to fix it now the first scene was all black and didn't run the scene. I don't feel sure the issue is because of bugs or anything. I stuck every time

as it doesn't show entire, you didn't flip the switch after the auto run event
and make a blank page.

if you player doesn't show is becuase it is invisible, so you should make
it visible by turning that OFF or it doesn't show.

I also noticed that you have a screen fadeout command. That will fade the screen to black until a screen fadein command is issued. I did not find such a command in your event screenshots. Maybe that is the cause of the issue?

Hello @angelpriest , can you post the entire print of the event page? It's easier for us to spot what happened there.

As @eomereolsson said, if you use the "Fade In" command, you also need to use the "Fade Out" right after, or else, the screen will remain black.

I have many examples of how to properly create events on my game tutorial, if you wish to take a look.

@ShadowDragon @eomereolsson @CleanWater Sorry for the late reply. I was busy and now I just have free time.

Actually, first time the game doesn't have any issues until I continue event 3. Right now I'm working with the scenes, my plan is the player can control the character after the even 3 ends.

Here is Event 1.
First time, in the beginning. I chose Actor 003 on Database so the character doesn't show up and only show pictures. The scene worked fine but for some current reason, the game didn't start. The game said I have to set the player position but the scene is still not played.
By the way, it worked when I test it, but the player showed up in the center of the scene all the time.

Event 2
According to event 1. The scene doesn't play but worked in test only. (I just added fadein and removed picture so it transfers now) 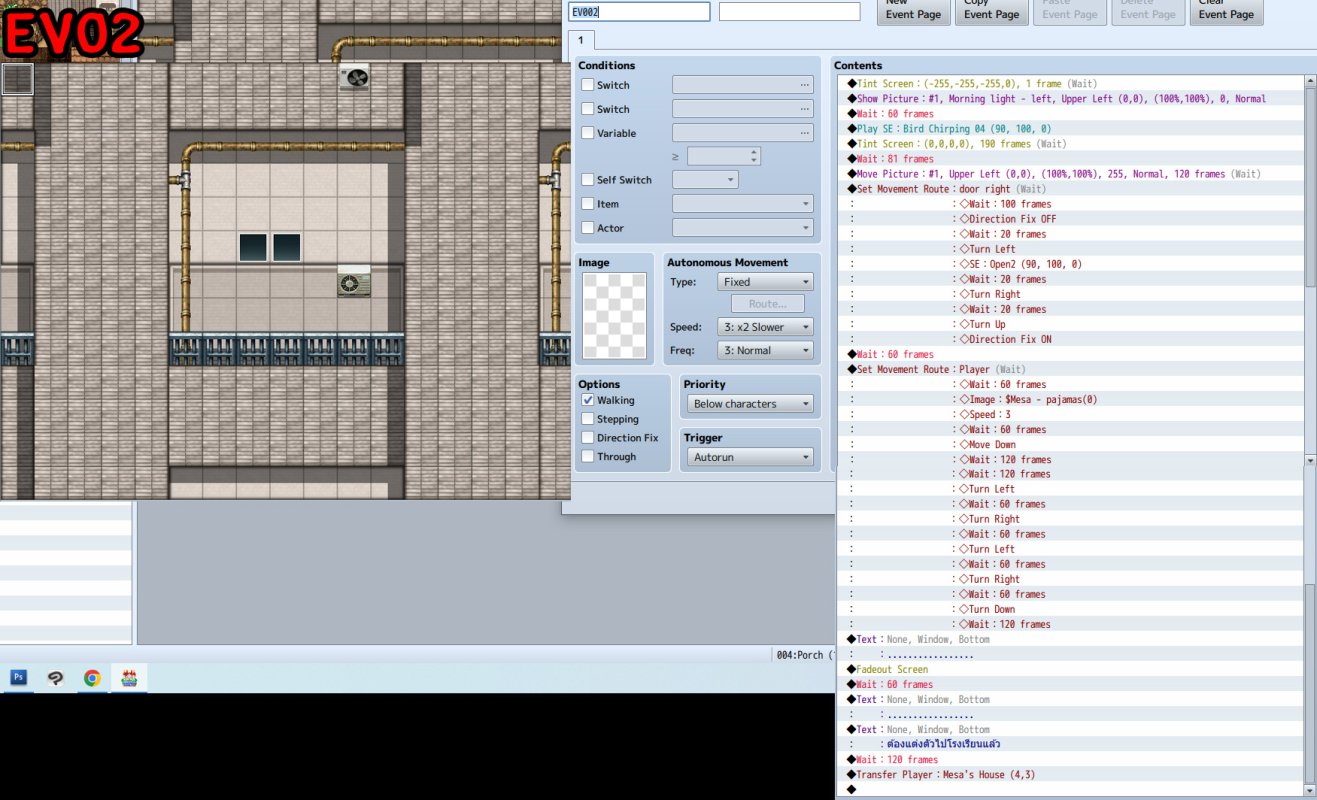 Event 3
I didn't work anything much on event 3, but the player start in the right position, not in the center. 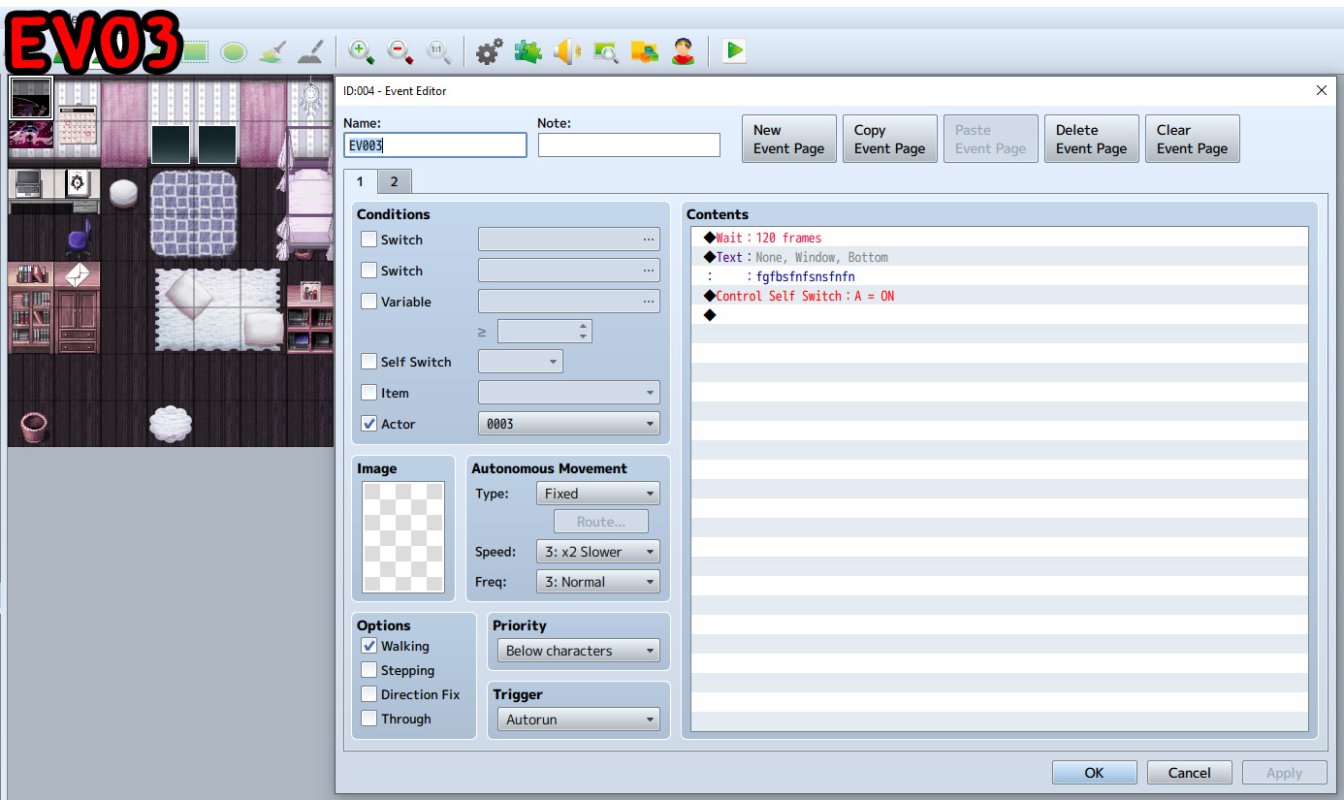 The player appeared in every scene (but it's behind the pictures) and it stood still until scene 2 commanded the player moved.

player can be invisible if you dont want to show it.

on event 1, "erase event" can be find if you dont go to that map again,
but place it below the transfer.

fade-in screen is not visible on the event, if you add that, it should work.
I dont see any further issue's though, but I dont know if you use plugins
target the map scene or notetag or otherwise.

what exactly should happen from map 1 through Nesa's house?

It is just a blind Guess, but when i look at your Pictures the Red Marked Command looks wrong.
It erases the Event and than the Wait Command, the Teleport afterwards should not be executed in this constellation, but i could be wrong?
Extra Info:
Erase = Erases the Event until the Map is reentered, than the Event will be there again.

Maybe it is worth trying to put the Erase at the end of the Page.
Maybe it works, maybe not?

The scene 1 should just show pictures for the intro and transfer to the porch scene
The scene2 character worn in pajamas walks to the porch, turns around, and talks, and the scene turns black with a text box in the void and then transfers to Mesa's room.
The scene 3 character changed to a school uniform, talks and textbox with sprite, and then you can control her

Is Actor with ID5 inyour Party? Because it is the Page Condition for that Event.
What happens if you remove that checkmark on that Page Condition box?

I guess that is why the Event is not starting.

Everything solved!!! I used transparent OFF and ON. But I think it might be bugged on the starting game lately because the game support working during player in the map.

Again, thank you, everyone!!! Hope to make my game is back!

angelpriest said:
But I think it might be bugged on the starting game lately because the game support working during player in the map.
Click to expand...