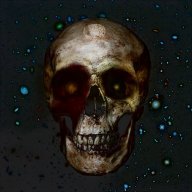 The Spec Rush is my first game made in RPG Maker MV. I decided to do something a bit different from the generic RPG Maker games by changing how some of the core things work and also having the combat aspect depend on different PC parts instead of your usual swords, guns, shields and other accessories. Each PC part has their own function within the game that will be explained during the intro.

The main characters + a few side characters are based on real people.

The main character; 'Accelarion' has been enjoying a rather solitary life, doing memes and fooling people on the internet, especially one individual known as Eternal. With the release of the Turing architecture GPUs from Nvidia, many people wish to get their hands on these things.

However, Eternal, being more ambitious than others, decides to obliterate everyone who stands in his way of
RTX conquest, wishing to have the ultimate PC in all of the world to gain absolute power, he will stop at nothing to reach his goals.

Accelarion, after having woken up and regained his 'powers' through a long nice rest, begins his day like usual, until everything changes.

It is now up to you to stop Eternal, who threatens the very balance of the world, and destroy him from all of existence.

-A linear storyline with a single ending.

-Equipment consists of various PC parts. No longer are you bound by old, boring swords,
but by the raw unmatched power of technology!

-Leveling up grants you new unique skills to aid you in battle instead of raising your stats.

-A variety of unique and challenging enemies to fight against.

Shaz
Signed a lease on a new place today. Back into town, closer to shops, family and takeaway - none of those could be a good thing! 10 days to moving date.
Today at 6:06 PM •••
Beckx
let me introduce you to my worlds source of "wool". A pretty simple-minded, easily scared and mostly blind, double-headed big wooly bird thingy Children may be able to ride on a trained one, but they don't support the weight of adults, so they aren't suitable for transportation. And herders use the shown tool to give them sound commands

ephesus
This Life is a Dream is in full production! More pics and some free promo assets coming soon!
Today at 4:39 PM •••

Dragonfly3116 Redweaver Dragonfly3116 wrote on Redweaver's profile.
i need to ask do you mind sending me a link to tutorial town an legend of ancients Please My new Email is necroboy1973@gmail.com
I Am A Member On The Site Here As Well If Your Still teaching Let Me Know Thanks Joseph
Today at 1:18 PM •••