Trihan said:
It's now randomly closing the game sometimes when I get into a battle. Sorry, but I don't think I'm going to be able to continue this. I enjoyed what I did play, though!
Click to expand...

Oof that sucks. I'm sorry to hear that. There must be something wrong with your copy of the file.

Okay, it seems to be working now.

Uh...is [secret enemy you can run away from the arrival of] meant to be beatable? XD

Trihan said:
Okay, it seems to be working now.

Uh...is [secret enemy you can run away from the arrival of] meant to be beatable? XD
Click to expand...

Which one? There's a few of those in the game.

EDIT: That said, everything in the game is meant to be beatable. But the enemies or secret bosses that give Run Away prompts or Save prompts are definitely all 'maybe leave this be if you're not confident yet' material.

The one that inflicts rot.

Trihan said:
The one that inflicts rot.
Click to expand...

Oh! First of all, I'm impressed you found him! The skill you need to call him is pretty rare.

Secondly, the Old Visitor is a puzzle-fight superboss. He's optional endgame content where the intent is to find a way to use Dorothy's infinite skillset to cheese him. He cannot be beaten through normal means.

Ah, fair enough. And yeah, I'm very thorough when I play games. I'm at the place you need Blaze for now. 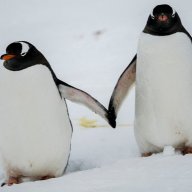 This game looks so fascinating!!

Is the hero fight supposed to repeat itself?

Trihan said:
Is the hero fight supposed to repeat itself?
Click to expand...

Do you mean the fact that you can do it multiple times? Because if so, yes.

Yeah, it kept going back to it after I beat it and I nearly lost all my skills because I wasn't sure if it was a bug or not. Got there in the end though. I have 4 party members now, just went into the tower.

Alright! Since I've finished the demo now, here are my final thoughts (sorry for the double post, I figured since it's a completely new comment and it's been over a day this would be better as a separate post):

I really like this game! The worldbuilding is open-ended enough to allow exploration but provides just enough to whet your appetite for more. There's a lot of humour in the dialogue and the interactions between the characters are delightful, particularly between Dorothy and Ria.

I concur with what everyone said about the music; the tracks have all been very well chosen for their purposes and there are some total earworms in there. I quite often have my sound off when playing RPG Maker games but I kept it on as much as I could for this one because the music was awesome.

Dorothy's mechanic is the most intriguing, but also potentially the most problematic, for reasons I'm sure Ouro knows. I love the Blue Mage+ concept, and the fact that you learn skills just by observing them rather than needing to be hit by them. There are a huge number of skills to get: in this demo alone I've learned 112 and I'm not sure I have all the ones available. It's cool that there are set schools of abilities, and each character besides Dorothy is limited in which ones they're able to use.

The main problems with this are balance and redundancy. Allowing Dorothy to learn absolutely every skill used by an enemy is fraught with balancing issues, because what's not all that powerful for an enemy to use every so often becomes a huge hammer when given to Dorothy and a human player who can decide when to use it and what it's used along with. The fact is that a lot of the skills you can learn will never see the light of day, some are only really useful for summoning hidden bosses, and some just plain don't do anything the party can make use of. (I'm looking at you, Royal Jelly...)

This results in a rather bloated ability screen where I was constantly scrolling to get to what I wanted. But don't get me wrong, boy were there things I wanted. That brings up the next problem: broken combinations. When I got Euphoric Tome, it essentially meant that other party members no longer had resource costs for their skills because I could get back anything they spent, be it HP or MP. Slime Dance Music allowed me to supercharge everyone's TP really fast, and I had Knockknee Jig for Dorothy if I needed to get TP back for just her. One I outfitted Ria with Cheerleader, that and a few turns of Overclock made battles outside of bosses utterly trivial. I highly recommend that Ouro adjust Overclock's cost to a percentage, because later on 20 HP and MP are nothing. I also recommend nerfing how much healing and MP recovery Cheerleader does, and raise the TP cost of Euphoric Tome. With this power set at this point in the demo, making any non-boss battle in later updates any sort of challenge will require some serious cheesing of mechanics and it'll probably be less of a headache to make sure the player isn't a god before even entering Kallech.

I honestly didn't have as much of an issue with the encounter rate as other players, especially since running away never fails (I also love that it's called "Flight"), and there's a sceptre you can buy in the tower that stops encounters entirely, which is useful for some of the puzzles and exploration maps.

That does bring me to another potential issue: there's a very easy way to make infinite money, and again it trivialises some content by allowing you to just buy however many of any item you want and get every tome the random lottery has. And since the tower sentry encounters automatically end if you have the sceptre equipped, that's free exp and money you can use to start off the chain. I recommend modifying the encounter that happens if you have the sceptre equipped to one that doesn't give you money or exp, and also reduce the profit margin of selling potions to the guy at the lake so that it's more of a slog to make ludicrous amounts of money from it. 100g profit per item is just too much for me not to take advantage of.

There's a lot here already for a demo, and I will absolutely be on tenterhooks for the future of this project. It's been a while since I was so excited about an RM game, and I genuinely think this is on par with some of the greats like NigSek, Master of the Wind, The Way and Last Scenario. There's so much attention to detail and some neat little aspects I've never really seen done in RPG Maker before (like having a feasible plot-related reason for the RTP forest tileset's trees looking so terrible). Ouro is a talented developer and has made a game that I think will generate a lot of interest when it's done.

Fantastic review! I'm glad you liked as much as you did. And rest assured, a lot of these issues are known to me. Well, not all of them. Your point about Euphoric Tome and Cheerleader are well made and I'll almost certainly be nerfing them in the next content patch.
As for some skills becoming useless, I intend to include enough optional and/or main-plot bosses that essentially every type of effect has a genuine use *somewhere* in the game. That's been a goal of mine for some time now and while I have no idea if it's actually possible, I will try.

Well if you find yourself in need of an additional playtester for future content and balance patches, consider me at your disposal.

Trihan said:
Well if you find yourself in need of an additional playtester for future content and balance patches, consider me at your disposal.
Click to expand...

I most certainly will! Incidentally Trihan, if you don't mind me pushing for a little extra detail, when you were playing through the demo, did you find the worldbuilding and/or setting to be too vague? Not explained enough? This is a problem other players have raised and one I might look to fix in the update.
Last edited: Mar 15, 2021

I did touch on this in my commentary but I didn't really find it too vague. There were enough hooks to keep me interested and I always knew where I was "meant" to be going. I never ended up anywhere that was too much of a challenge for my current ability, that I can remember.

The scene in the hive gave some interesting clues as to what Dorothy's all about, but I still have plenty of questions.

I think if anything, the character introductions might be a tad conveniently rushed. Like Ria literally just runs in and decides she's going with Dorothy without much of a hello or a discussion about whether Dorothy even wants that. You literally just stumble upon Trish but to be fair you need to have Jameson with you and she gives plenty of hints for that "puzzle". Jameson himself might be a bit rushed in his joining as well. It did come across a little like you just wanted to get the 4-character setup in there as swiftly as possible, and that part will definitely benefit from some fleshing out.

This is a bump but it's also a note to say that the Snake Agenda update, a massive content update which:
Yes, all of that will be coming out next week, in roughly 7-10 days. The reason for the uncertain time is that I hope to have all the essential content finished in 5-7 days, leaving a few days afterward for playtesting by myself and others. This update will add hours of content and exploration.

But what I also want to do is establish a roadmap for updates going forward. Once the Snake Agenda update is done, leaving a few days to push any urgently-needed hotfixes, I will begin work on the next content update. Here is my plan for the content updates in the future and the order in which they will be coming out:


There will also possibly be semi-frequent illustration updates interspersed, adding new illustrations to old content. This is because mine and Gehn's schedules don't always line up, you know? Additionally, *far* into the future of any roadmap devoted to content updates are the plans for aesthetic updates, for replacing the current RTP assets and tilesets. Far, far in the future.

Trihan said:
Aww dammit Ouro I thought you were saying The Snake Agenda was available now and I was like yessss something to procrastinate with while I pretend I'm not supposed to be in bed now
Click to expand...

That would have been a much bigger flex, I must admit.

Little update/bump here just to inform you that the Snake Agenda update is almost ready to be playtested and so will almost certainly be released in 2-3 days from now!

Additionally, my friend Gehn who does all the illustrated segments has also agreed to produce some battlers that will be appearing in this upcoming content patch! Here's one as an example, featuring a character from Dorothy's homeland: 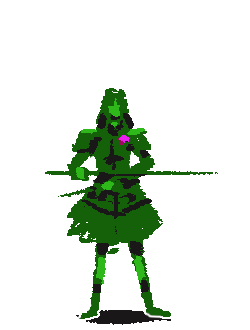 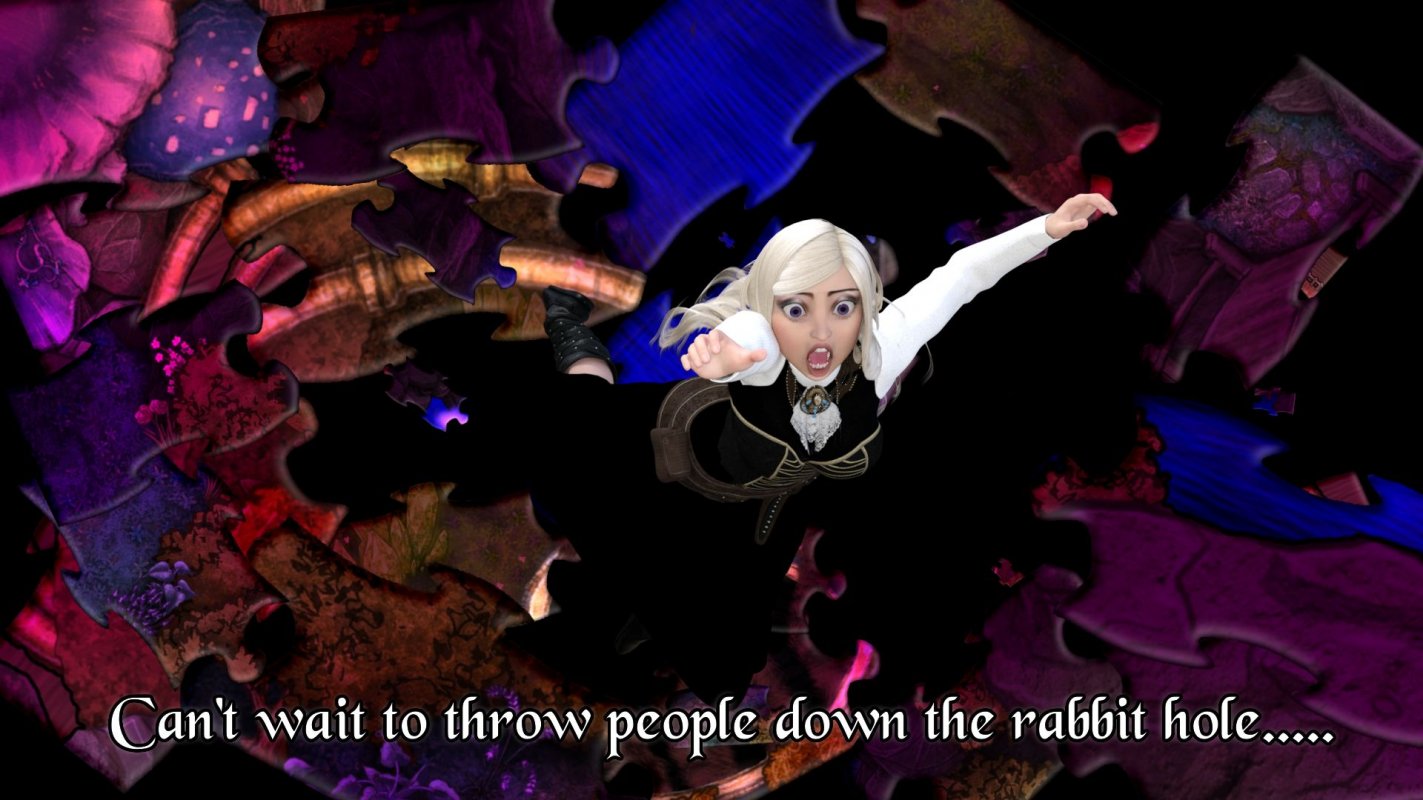