The World of Nintendo(Early Demo) 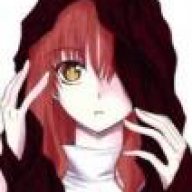 Hello, I'm glad you took a look here. I know, the title is either provacative or you were just curious.
The name is correct. This being my first post in the forum, as well as the first game I have ever been serious about, I decided to try something I was passionate about. The Nintendo Entertainment System(NES). Yes I know, it seems pretty much a rip off because the characters aren't mine and some characters even fail to meet the NES criteria, via Sonic the hedgehog, Fox and a few other characters, not that I'm going to give away all the characters beyond what the demo shows. You see, besides loving old games, I love putting characters together from franchises and what better than to put plenty of heroes in a world where the villains have begun to rise as a whole? There is nothing better.

I am looking for some critics, because, let's face it, everyone is one, myself included. So without due, I shall abide by the rules of the forum and start my presentation of what I have thus far.


The Game​
The World of Nintendo
​
The Story:


The World of Nintendo. This game takes place on the Western Hemisphere of Nintendos, land of games, home of heroes. Here, on this side of the planet are the countries of Hyrule, Castlevania, the Mushroom Kingdom, Yoshi's Island and many more. At the center lies NES Island. The most sacred island is home of Nintendo Tower, the most mysterious and powerful place in the world.

As peace reigns over much of the world, there is an ever growing dark cloud coming from the east where a mysterious man has become king of an old city and proclaimed the land be known as Villainous. The king of Villainous has already employed many Nintendo villains as his minions with promises of ruling over their own countries. Unbeknownst to everyone on Nintendos, the villains have already taken over a neighboring land and the only hope for salvation lies in a totally different dimension.

Diana Nhom was just a normal gamer chick, working a job at a local video game store when, on her way to work, she was sucked into a portal that suddenly appeared under her feet via Bowser's PORTALS machine being activated by an engineer in the Mushroom Kingdom. She is joined by Mario, Luigi, Peach, Toad, Link, Zelda, Megaman, Simon Belmont and many more heroes as well as a few secret characters that must be picked up if you meet the requirements.

The beginning of the game deals with the various heroes and their stories. Mario is your first playable character.
The World:


The world, Nintendos, has several countries and islands in it. Besides NES Island in the center of the hemisphere, you can visit the Mushroom Kingdom, which houses Mushroom City, Luigi's Mansion, Mario's Castle and more. In Castlevania you will see the home of Simon Belmont, the castle of Dracula and the horrors on the way to it. A village in which has been ransacked by monsters and decorated in blood, as well as the fallen castle of an old king of long ago. Yoshi's island is home to, who else? Yoshi and his friends and family. But the forest is dying! Find out why. Hyrule returns in a way you might expect, Death Mountain, Castletown, Kakariko Town and a desert that will make you long to play your 64. To the west is the big city, home of many characters you will meet, including King Hippo, Prof. Oak and two Pokemon Gyms settled in that country, while six more are spread out among the world in various locals and who would be the one to visit them? Not the one you would expect. Villainous in an added addition to the world, home of many badguys, bosses and minions alike. All together they might seem like a horrible fighting force but when you have several megalomaniacs all in one place, they don't tend to agree much. In addtition to Nintendos, you will also get to visit, via, portals, "Stage Areas". These areas are plagued with bosses, money, items and monsters. Revisit Mario's past with world resembling the maps of Super Mario Bros. 3 and Super Mario World. Each portal unlockable after you defeat a world. Doing my best with what I had, I made sure each world looked great and was fully functional, as well as a way to give you side-quests from the humdrum if you fail to find your way through Mt. Corona or some dungeon with a tough boss.
Credits


As far as credits go...Well the introduction is basically from Crysalis or however that is spelled, lol. I still have no idea how the picture thing is working so I'm not worried about it. Tilesets belong to whoever..In fact, I don't own anything but the idea, Diana, random character ideas I added and one ugly Goomba I added because I didn't have any Goomba graphics. Try to find him in 1-1.
CONSTRUCTION(Please read before playing):


Thus far I am still working on maps, specifically the village in Castlevania, so please don't hold that against me and Dracula's castle is also under construction. You can travel quite a ways in Castlevania and if you're lucky you can fight a hidden monster. It requires an item you may find in battle. Also, monsters are lacking in some areas as I am still working on battler art acquiring and such. I'm just trying to get feedback on what I do have so far. You can travel to the village and look around but the Haunted Woods and beyond are connected. You should visit the village however. Someone important is waiting there.
Screenshots:

The screenshotted maps don't really give out the feels of travelling the various franchises... You should totally re-think them. =/

Basing something off other franchises, there's nothing sticking at all here.
Last edited by a moderator: Oct 21, 2013 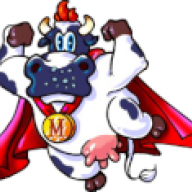 putting together other franchise especially famous one usually going to be a disaster. (usually)

but if you can put it together and make it interesting that would be something.

if you love to do it, go for it BD

from screenshot alone the map is......in need to be put more interesting because too much open space and not a lot of things in it.

i didnt see the other "character" , so .....be careful of using sprite that is out of place and can make the game feels weird.

if you want to credit the tileset maker ,better to know it beforehand before releasing the game.

Going by the fact that this is about nintendo, if they learn about it, they would probably rant about it... Make sure you keep it hidden from their eyes...

Also, I agree with kerboklin, the world doesn't feel like nintendo in any way...

the last screenshot made me laugh when I finally realized who the characters are supposed to be!!!! BD 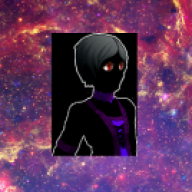 I love how two of the tags are "horror" and "comedy". Now I'm just thinking, "where could this be going?" I agree with the others about the mapping, but I certainly feel that this has a lot of potential. Can you upload a screenshot of a battle in the game?