I've started a video tutorial on the ins and outs of RPG Maker MV.
This tutorial covers everything from the very basics of the software to every menu. It goes deeper into eventing, the database, and other things.

It's an ongoing set of tutorials, and the benefits to taking this series is astronomical.

In particular, my way of teaching Switches and Variables is leagues above your average tutorial, because I reinforce the very thing that makes Variables and Switches functional in the first place, Conditonal Branches and Page Conditions. These two things are the building blocks of a game. If you took a tutorial that didn't emphasize these, you didn't get a good tutorial.

I will be going over a lot of advanced things after I handle the eventing tutorials, such as custom menus, crafting systems, system design, plugins, pixel art, spriting, etc.

Beginner Tutorials:
These teach you about the software and database. Great for beginners.

Intermediate Tutorials:
These start the introduction to Eventing, and teach you the basics of Switches, Variables, Loops, Conditional Branches, and more.

I appreciate any and all feedback and support. Thanks, it's all appreciated!
Last edited: Oct 4, 2017 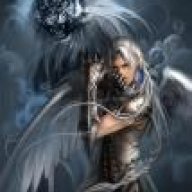 Thank you! It's appreciated. I'll be releasing the advanced tutorials a week early to my patrons. It'll include a lot of cool systems like custom shops, a puzzle series, and item and skill formula manipulation.


I'll also have a few icons and sv stuff exclusive to patrons, and will be providing the project file I make these systems in to my supporters as well.
Last edited by a moderator: Dec 31, 2016

Hey, nice tutorials! I haven't gone through them all but I can tell they're great learning assets. Thanks for all the hard work you put into them!!  ʕ•ᴥ•ʔ 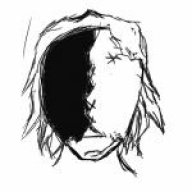 Hey, I feel like I could get a lot out of this, but there's one problem: I can't view the links of the tutorials on any of my devices. There's just a bunch of white space where they should be. Is there something terribly wrong with my various devices (probably)? If not, where could I get the links to your tutorials? I kind of need a series of great tutorials. 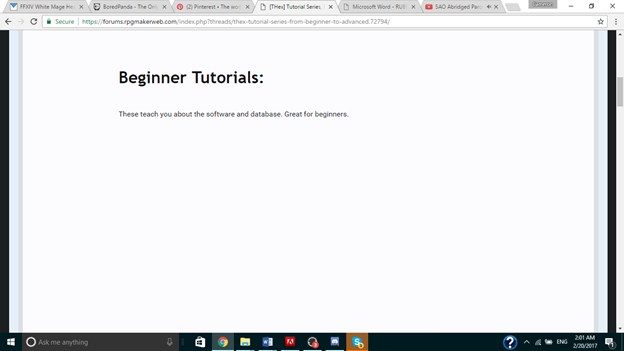 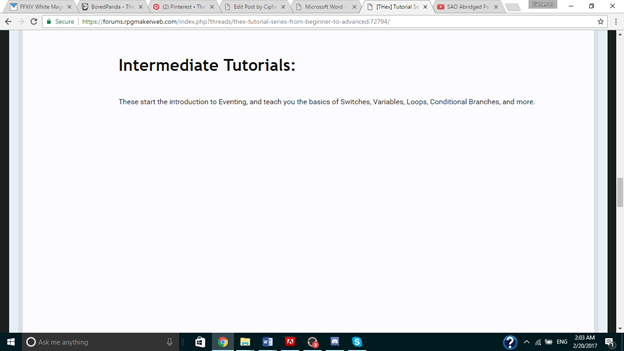 Yeah I got the same as above post, must be either to do with the forum update or the links are just not there anymore.

I fixed the topic. If you find more tutorials that needs fixing please refer to here
https://forums.rpgmakerweb.com/index.php?posts/708345/

Billjessm said:
I Got A Question How Can I Make A Quest Where You Speak To One NPC And He/She Asks You To Defeat A Certain Boss If You Refuse You Cannot Continue But If You Accept And Complete The Quest They Give You X Amount Of Currency And X Amount Of Experience
Click to expand...

Uh, I don't know if it's okay to post on this still, but I'll share what I cooked up just now for you.


Page 1 is basically the main event.
Page 2 checks if the switch/quest to kill the wizard is still active.
Page 3 will activate if you say no, and the NPC will never give you a quest again unless you turn self-switch B off.
Page 4 will reward you, but you need to create a separate event (say, a battle) where after the battle, you turn on the switch "EvilWizardDead" or whatever you name it and turn off the first switch for the Quest, "Kill Evil Wizard".
Page 5 just makes sure you can't repeat page 4 over and over again, infinitely milking it for rewards. With a simple message, the quest is now complete. 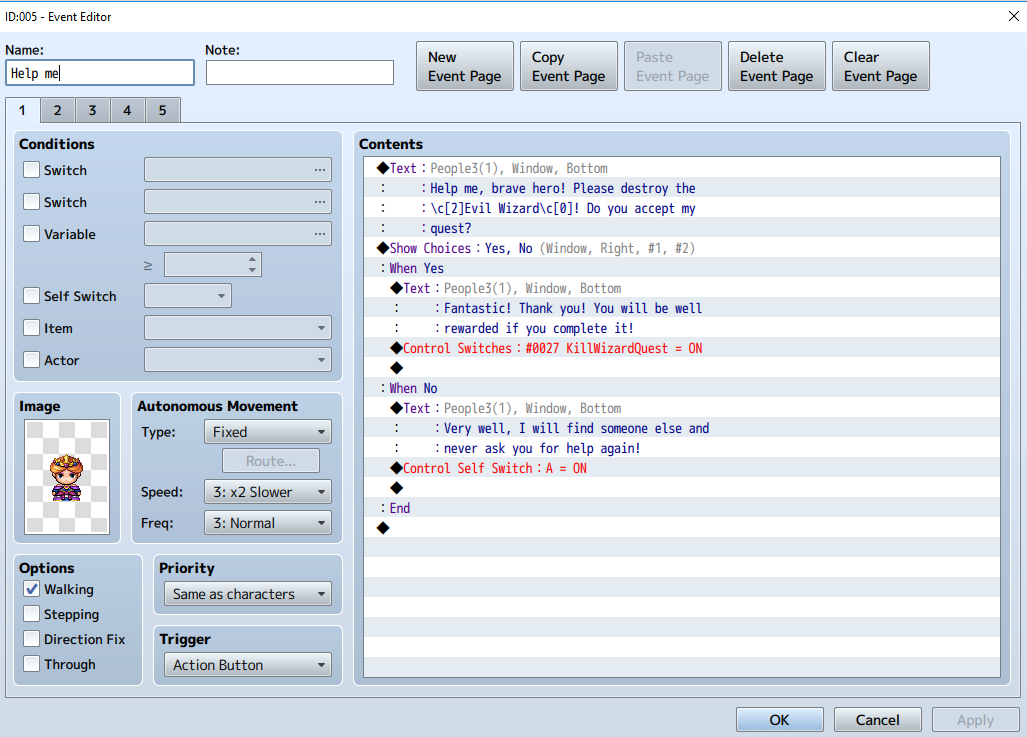 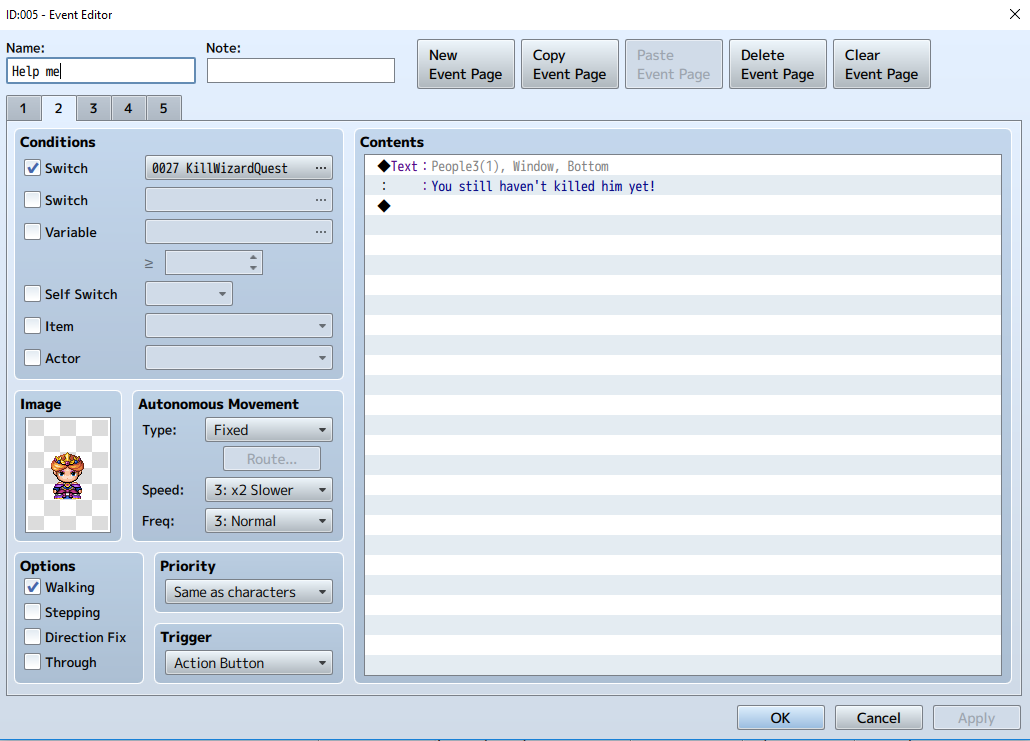 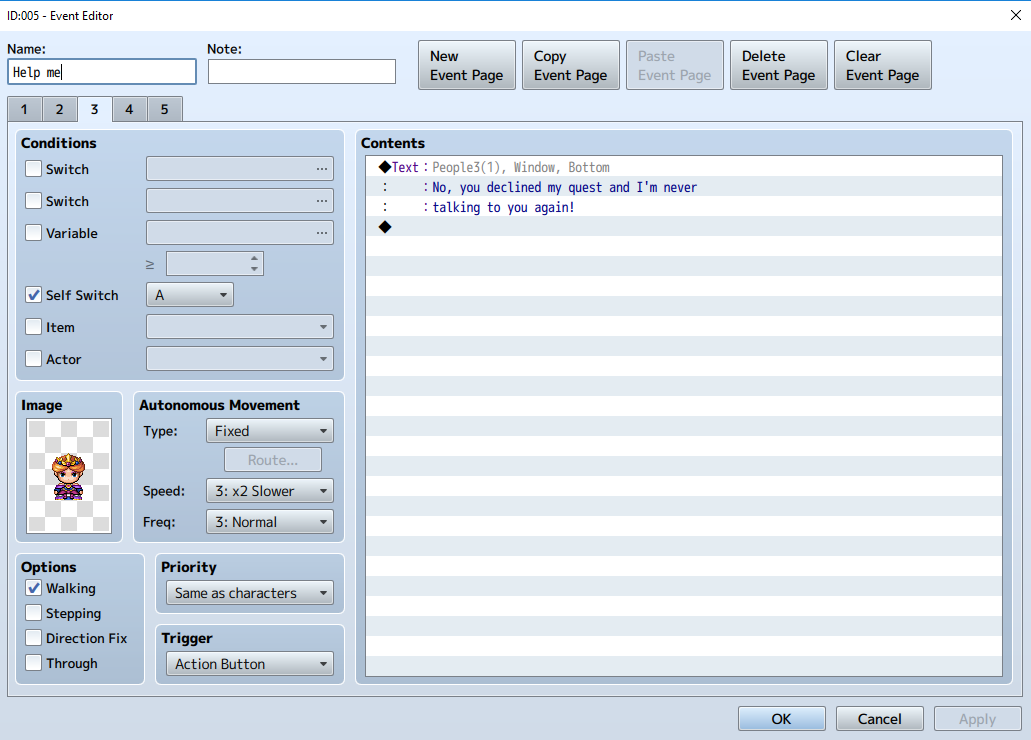 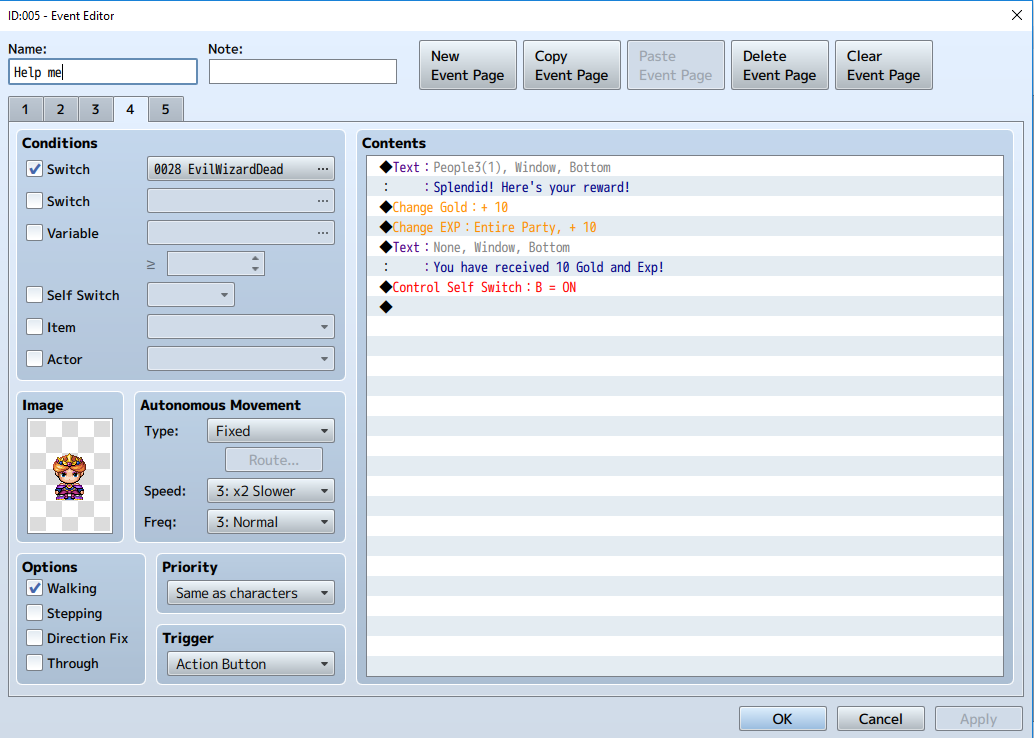 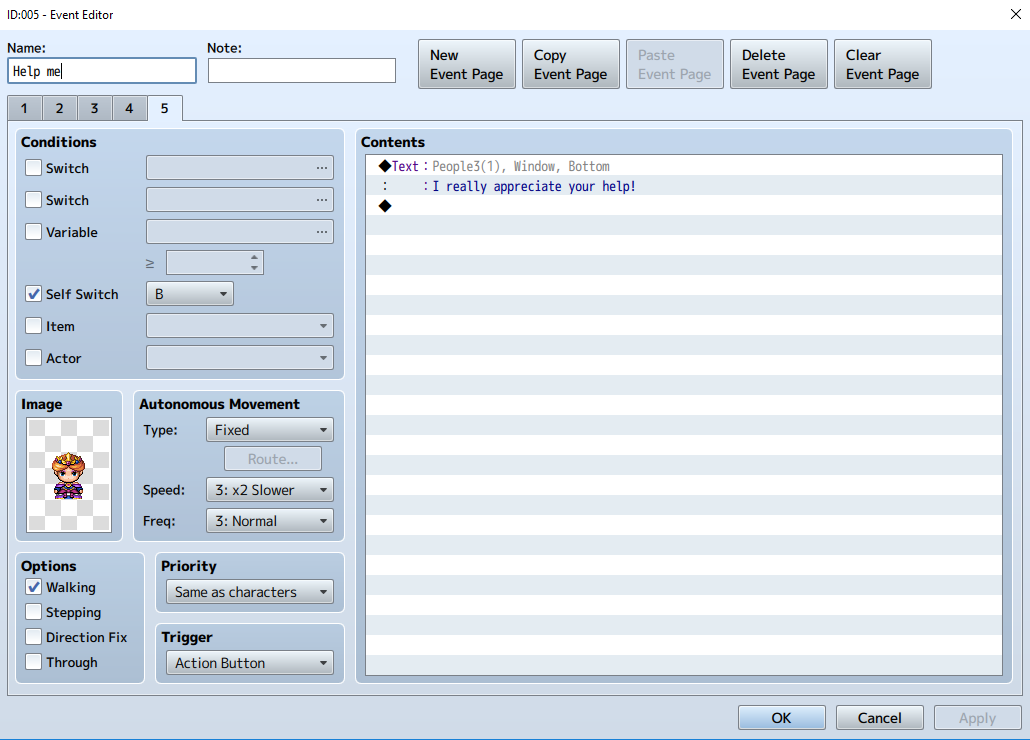 @Billjessm All "How do I...? questions, unless it is "How do I use XYZ plugin?" go in the Support forum for the engine you are using.It is better to start a new thread in MV Support with the specific question, rather than bulk out a tutorial thread. If you have any further questions about the solution that has been offered you, please do not reply here, as it would be hi-jacking the thread. Start a new thread in Support.

@LeonTrig Could you please edit your post and put all those images in a spoiler. Thanks.

Very nice tutorial's. They are straight forward, to the point, and well explained . Keep up the good work. 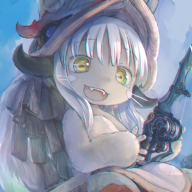 I'm new at RPGmaker (i got the RMMV yesterday) and your videos are helping me a lot.
Thanks for the hard work! 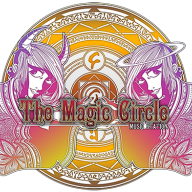 I'm hugely appreciating your tutorials. Having worked *very* briefly with you before on a previous account, I was expecting these to be of high quality, and they definitely were. I'll be supporting you on ******* as soon as I can

Hey man thanks for the tutorials! I got MV a few days ago and have been going through them all to see what's new(I last used RPGMaker2003 when I was in high school years ago lol). It was a great refresher course . 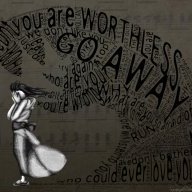 Subscribed, and I too will hopefully support you on *******. This is a wonderful series that new devs should watch. Even if they have some experience in the engine.

Just wanted to say thanks to everyone who has said something here or in the comments section, and I appreciate the support shared.

I haven't been updating recently due to wanting to structure this series a little differently, and introduce some new ones. I need to figure out how that will look, what I need to do it, and where and how to find the resources to make it possible.

I also want to engage more with the community of developers found all over the internet. This is all a large commitment, and there's no skirting the reality and hardship it might bring. But game development and game expression are my passion, and I want to share that.

So here's an assortment of ideas I've had, and I want to share.

I know it'll take time to for this to pick up, so I hope people will bare with me. I've gotten some positive feedback so far, and that's been uplifting.

My thoughts on video releases is about twice a week, with my recording done prior. This seems realistic at the moment. I might split my tutorial and critic channels, but for now I'm comfortable with them being together.

As always, I love to hear your guys comments, so feel free to speak up.

I think a lot of people would be very happy if you picked up your tutorials again!

I think that analyzing good and bad design would be an excellent place to start, followed by the one covering frequently asked design questions. That is because my personal opinion is that unless the basic design of the game is good, then none of the other aspects are going to be able to rescue it.

Interesting you bring that up.
I wanted to cover how many critics erroneously declare "Games as Art" but are concentrating only on the visual representation of a game.
However, a game's design must support the narrative and visuals of the game in order for it to be artistic within its own medium. Ludonarrative harmony, if you will. To this end, gameplay is indeed the most vital aspect of a game.
Even so, I will make the counter-argument that good gameplay isn't key. Good gameplay still requires context, which the visuals, audio and narrative (together: atmosphere) of the game provide. Good gameplay can easily be ruined by a loss of context, and mediocre gameplay can be saved by powerful context.
Examples include undertale. A game where nothing new or interesting is really happening within the mechanics of the game, but when context is given to each mechanic, and each mechanic is strung together, the game becomes whimsical and endearing.

I definitely look forward to going over good and bad design, though. That's definitely where I want to start, as it's my biggest passion. 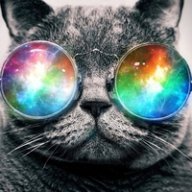 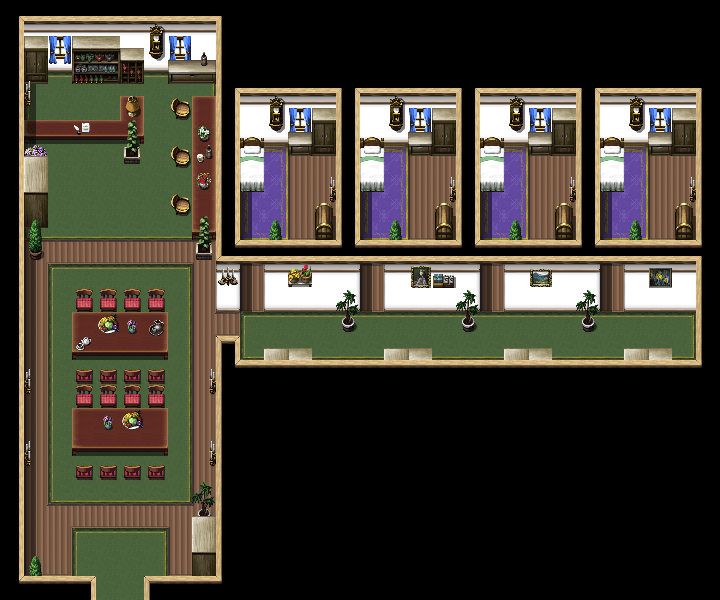 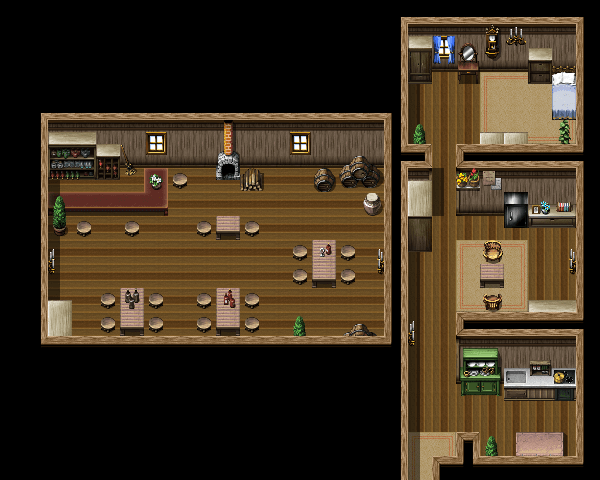 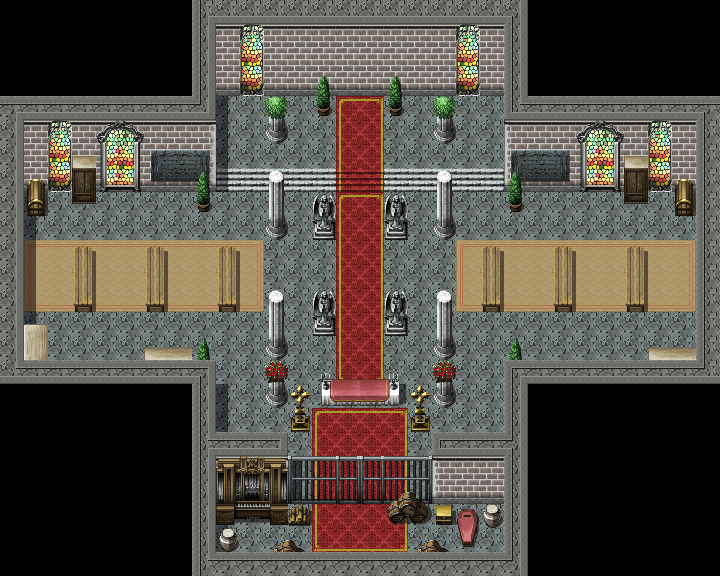 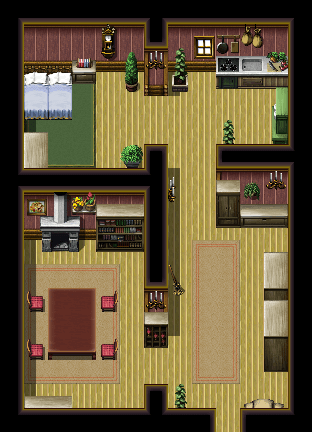 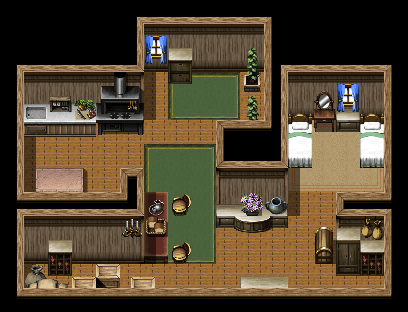 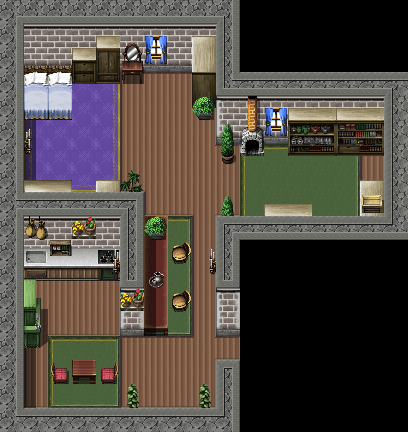 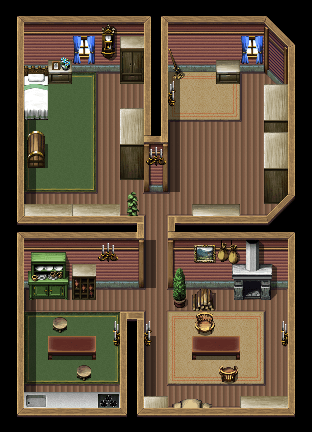