Thoughts on including Plugins: Message System

Hey everyone, I felt that this was a discussion that would be better pulled out here.

People have discussed a more advanced message system to be used, and honestly I agree, especially with the gender calls and having the character name on there, but want to make sure we don't travel to far outside of the editor. I know I wanted to do at least one tutorial covering installing plugins (the only one I would want to do, as outside of installing and configuring, it gets too much into using a specific plugin rather than on using RPG Maker), and I think a better message system is a good one to go with.

This way we can go "Hey, yeah, we know that the message system isn't what is in the default, you can use plugins to change things. If you want to know about how this is installed, go talk to [teacher]" and it fits into the story of the school.

I also want to incorporate this as early as possible so that we aren't having any major issues.

As such, what message systems do you think are the best for this project?

I'll move what I said in the general school thread here.

I think a name box will be beneficial as it's an easy way for students to access and remember the various teacher names and will know who to ask in the forums if they have any question.

Perhaps if we work with Yanfly, or maybe just find anyone with general programming knowledge, we could have a simple snippet resembling the name box function from Yanfly's message system (Since, really, we JUST need the name box. Keeping the project as vanilla as possible is important). We could use that pluggin for a general tutorial about installing pluggins, and newer students will now have access to a very simple yet useful pluggin as a reward.

I think one of the reasons to go with a message system a little more complex than a namebox snippet is that it will let us do s/he him/her etc much easier. (the other workaround option with this though is to make characters for each conjugation of the pronoun and change them to the correct one at the beginning, then do the name calls when we need a pronoun).

Basically if we are going to be installing a message system for the name box, we could always just go full on with it.

Since I've never used any other message systems than Yanfly's plugins and my own pixi-based dialogues, I'll go with Yanfly's systems.

Fair enough, might as well go all in if we plan to use gender pronouns. My fear is that we might get some text-indenting errors, but those should be easy to fix.

We should still go with yanfly's pluggin then. It seems like that would be the most universally understood and even for those who don't know it, we have a video tutorial for it.

I personally agree with using Yanfly's plugins. The MessageCore alone should suffice. It has enough functions for what we need and it matches the RTP layout of MV.

Ok, going to integrate that then. Thanks everyone. 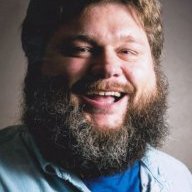 You know what I'd want to see in a Message Plugin? Centered Alignment. I'd gladly support someone who could make a plugin that would center text.

@DavidFoxfire Yanfly's Message Core has that.

If they do, I've yet to see it. What's the text code for Center Text?

Actually, I seem to have misread a command, sorry. It doesn't.

@DavidFoxfire You can make it alone with pixi text, no need for a plugin. 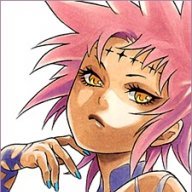 @Poryg that is true but I do love the plugin

Thoughts on including Penguins, The Message System.
Doesn't sounds so bad.

I am for Yanfly's message plugin, too. The main reason, because it is the most commonly used, even for beginners.

zerobeat032
sooo I'm making the music for my game and yeah... prepare for a very non typical rpg ost... I don't even know how to make typical sounding stuff. I can do D&B, hiphop, glitch, and whatnot all day tho lol.
Today at 6:12 AM •••

Tsukihime
It's interesting that the logic involved in skill range obstructions is also used for Tetris...
Today at 5:33 AM •••

Avery
Saw a resource and was like "Oh, there was a request for that, I can help that person now!"... turns out, request was nearly two years ago. Welp.
Today at 5:24 AM •••

Sausage_Boi
My garbage collection service has the BEST hold music I've ever heard. Sometimes, I legitimately hope to be on hold for more than a few minutes just to hear the song to completion.
Today at 4:52 AM •••