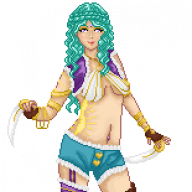 Synopsis: Murder Mystery on a dirigible which is traveling from LA to New England on its maiden journey (first cross-continental flight). The year is 1870. World is Steampunk infused with magic, technology and science. Magical beings are known to all and live in all levels of society, but not necessarily accepted into all levels.

The player plays as a Human Hunter (where they are allowed to select their own class) and receives a mysterious invitation to the SS Lady June’s maiden flight. Work has been slow and boring, and feels more like being the local police instead of actively being involved as a Hunter. Kicking the werewolf out of a local bar when they got too drunk. Informing a Mage that they can’t just blow something up because they want to. Helping a ghost move on by completing its unfinished business. Sealing a low-level demon. So why not accept the invitation.

Player joins the June and after it’s first night the Captain brings them all together and informs them that someone has died and that the situation will be investigated. Brings the PC into the room and informs them that they had been brought on as security and it was time to secure the ship. PC has multiple types of options -- which will in turn affect their favor towards the player. Player is informed that the ship cannot land and that the murder must be solved and the murder captured.

Further information can also be found over on my idea prototyping thread: Through the Magnifying Glass: The Dirigible Murder

Player can beat the game day one, but clues and options continue to change and grow through each day.
Player can select gender (m/x/f), class, and name, as well as skin color (human color scheme), hair color, hair style, and eye color.
Player could change outfit and update hair color and style from Captain’s wardrobe. (Still in discussion as a stretch goal)
Player can do things out of order post initial tutorial. As player does things other things unlock, ie - solve a puzzle to earn a key to unlock a new room.
Player can recruit the murderer as a companion.
No romancing options. Dialogue interaction based on who’s in your party.
Incorporation of magic and science leads to gears and crystals. Magic is more restrictive -- when you take something is taken from you -- science to try and bypass this.
Includes puzzles, dialogue, fights, party members, class tree, etc.
Character "barks" and dialogue that doesn't stop gameplay.
Visual novel style busts displayed in conversations.
Player can collect key item artifacts that talk about each of the races as little blurbs and notebook pages.
Major’s journal notebook paper - racial information
Use “?” “!” “<-” “->” to help player interact with environment
Sparkles on stuff to show intractability - such as chests, shelves, desks, etc.
Player never speaks, only reacts or thinks
When idling on the Start screen, once music resets opening cutscene begins to play
Opening cutscene includes credit animations
Characters become “knocked out/unconscious/exhausted”. No death as no life or death magic. If the player loses a boss fight they are reset to their last save/checkpoint.
3 Save slots - save often - save points in front of important fights
4 Party members
Player can accuse people at anytime, post tutorial -- always a dialogue option
Currency (Reputation) is Influence
Save points are clocks/time tellers - grandfather clock, stopwatch, pocketwatch, metronium - shows spinning gears or maybe spinning clock hands when saving?
“Pocket Watch” in Menu for save points
Monster fights are 2-3 max (2 with a larger boss - 2 mid level bosses and one small - 3 small)
Player overview only -- companions don’t show up while walking UNLESS they have something to say/talk about - summon forth
Positions/Roles Needed: So I feel like this needs a little bit of a preface. This is my first game and first time using the RMMV engine. I currently work in the game industry, full time, (as Quality Assurance) and interact daily with developers, producers, publishers, the community and much more. I have always had a love for games and been interested in working on my own. I am at the point in my life where I have been given this opportunity and plan to embrace it. That said, games are big and complex, and I am only one person. Hence why I am here. I currently have over 100 pages of design documentation for this game, but much of it, like what is seen above, is still in flux and development.

I am looking for a one to two people to join a small design studio team which will hopefully be able to make this game within the timeline of 2-3 years (this is a realistic estimate to me but obviously this is flexible). I am looking for people to help balance and compliment my own skill sets, who will bring innovation and ideas to the work already in place and help push each other.

Skills needed:
- Scripter (with an interest in going beyond RMMV as well is a plus!)
- Someone very familiar with the RMMV engine and/or plug-ins
- Eventing
- SFX Audio Developer
- Composer (but this can also be addressed later down the line) - This position has been filled for now.

Skills that would make for awesome compliments:
- Mapping
- Writer
- Pixel Artist (this game is going to be 100 % pixel art)
- Logo/Icon Artist and/or someone with a Visual Design and Marketing Background
- Knowledgeable about working with Steam and getting development licenses/releasing on various platforms (same said for Nintendo)
- Being familiar with producing for mobile devices and/or the Switch
- Being familiar with LLCs
- Game maker studio

Communication is required! I know most people really like Discord, which I happen to have but runs very slowly on my machine, that said I should probably download it for my phone at some point. I am also open to Google Hangouts, as all my work is currently saved and uploaded on Google drive so the integration is quite nice. I would like to always have an active chat going, but I would also like the team to set aside some time every week or two to share updates and progress together to actively get discussion going.

I have decided to make a Discord server for this project!

My Role(s)/Position(s): I plan to be the Creative Director for this project, and I feel very strongly about a couple factors, but my say is never final as that's what a team is for, to discuss ideas. As one person, I haven't really been able to focus on any "one" thing, and I'm hoping the team will give me the chance to do this.

Other things I like to do:
Networking, marketing and social media
Bug testing, test casing, user scenarios and feedback (I'm VERY big on user experience and input and have already been running polls around gameplay, art and design)

Skill Trade: I am interested in helping others out as well, whether that is giving feedback to their own ideas on world building, characters, monsters, skills, levels, etc., assisting with art or writing. Other: I feel I can't properly advertise these positions without supplying more information. This is a large and ambitious project. I also have sequel ideas, as well as other game ideas depending upon how this all plays out. I would love to eventually port this to the Switch, as it is currently one of the most accessible consoles, but that will require Game Maker or Unity (given through a Nintendo development license) of which basically almost everything would have to be re-written from the ground up. I intend to achieve this, obtain the licenses, and access to Game Maker or Unity for the team through one of two ways.

1. Pitching the project to a publisher. I do already have a few in mind.
2. Running a kickstarter. I have ideas for what would be offered for something like this as well.

I mentioned above that this project has a 2-3 year timeline, which I think is a reasonable estimate and expectation, but at the same time with a team fully working together this could become much shorter. I would love to be able to display this project as an Indie game at big gaming conventions, such as PAX, around the world one day.
Last edited: Apr 27, 2019

Bumping this guy again~ I've been working on more extensive world building - all the racial information - as well as concept art for the companions. ^^ (Posted some concept art over in the Idea's board linked here.) I'm still early enough in the project that I would love to have people hop on board.