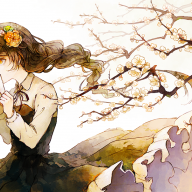 I have an idea for a detective game that's CSI style. Originally, I planned to do this in Ren p'y but I found the timing of events became repetitive; my looping system confusing and I couldn't fully implement a core aspect of my story into the game because the system is too restrictive. Which is why I started looking at using RPG maker as the maps gives the player more movement. The player basically has to solve murders by collecting clues. I want to give the player an x amount of time (days/nights) to find all the information. For example: the player would have to wait for any lab results that certain clues may require.

In addition, I have planned for a total of 10 abstract murders while in the background I have a serial killer going around, who kills people as the days go by. For example: the serial killer, will have one victim during the first case but then their will be two victims during the second case, ect.

My problem is I'm not quite sure how to program the time element of my game. Ideally, I would like to have a day/night cycle but give the player the opportunity to either increase/decrease time or have an elder scrolls/fallout sleep system where the player goes to bed to progress time. However, I also need events to trigger or not trigger based on my timeline. I don't want the player sleeping when an event is happening. I also don't want the player having exhausted their free time hanging around with nothing to do till the next event.

I've seen several tutorials that show how to program time but I haven't found any that involve time related events. Example: X time is reached triggers event Y if conditions are met. Or anything close to what I'm after.

I've seen people make 24 hour clocks that automatically count the days with skip time functions. This included the ability to make certain events appear and disappear depending on the time based on the 24 hour clock not a weekly or monthly clock. So theoretically, my game mechanic should be achievable.

Therefore, what would be the best way to introduce a time mechanic relevant to my goals? And does anyone know any good tutorials that might be relevant?

I came up with my own time system by editing the game's own timer.
I still have to solve the "after X days" part, but the "counting hours", "updating time" and "changing day light" parts are solved.

for the trigger/not-trigger event part, I made a separate quest system that handles validations separately.
tying that to the time system is part of the "solving the 'after x days'" part.

start by making the game timer count minutes as hours, and find the way to set and reset the timer at will
it all comes into place after you solve that: counting days is just a reset after 24 hours, updating day/night is just a check after X hours, an hour is a check after Y real seconds, etc.
You must log in or register to reply here.
Share:
Facebook Twitter Reddit Pinterest Tumblr WhatsApp Email Link

The Mighty Palm
When you go to the beach watch out for coconuts. Coconuts are more dangerous than sharks. Fact.
19 minutes ago •••

Lornsteyn
Try to get into pixelart again, so far its a sucess.
Also finally found a useful pixeltutorial which helps a lot.
25 minutes ago •••

Hyouryuu-Na
The three if us sat to watch "The day India Burned" to take notes. 10 minutes in, one went to sleep. I wanted to finish it but I couldn't stop tearing up (yawning makes me cry) so after 40 minutes I gave up. But now I'm not sleepy anymore :0
Yesterday at 10:05 PM •••