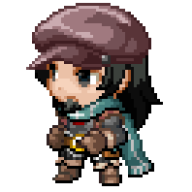 do any of you have have some experience in localizing your games? (proposing the games in different languages).

I would like to know if there are tips & tricks that might help porting the project from one language to the other in an easy way. Especially, if some precautions have to be taken during the development.

As far as I understand, it should be sufficient, once the project is finished, to duplicate it and edit the /data/XXX.json files to centrally modify the texts. Is that correct? But maybe this is not the most efficient way...

most use plugins and use text codes like {translationText} and whatever
the text is used there will be used ofr EN, RU, NL, US etc, depending on
the amount of different languages.

each of them mostly require json files with the abbr of the landcode.
but others copy and paste the project and translate the text that way.

it depends what is confortable for you to use

Yes, that's sufficient to create a localized version of the game; there are also a few strings in the base JS files you'd need to translate (I think there's "OFF" and "ON" and maybe one other).

There are several plugins like ShadowDragon mentioned, but that's also very inconvenient in an entirely different way, because now your text isn't in front of you while you work in the editor.

I was working on a different sort of localization plugin that extracts all the text to be translated into a POT file that can easily be sent to translators. This is an open-source translation standard, so many translators would be used to working with it. The plugin is a little rough and unfinished, but you can try it out from the link in my signature.

Using a plugin (either mine or one of the others that are available) means you can distribute a single version of the game, rather than one version for each language.

I made kinda slopy and lazy method for future localization of my game, but I didn't have at that time better solution, I wrote plugin that has only one parameter and that parameter is passed to function that loads text from directory named with that parameter, of course later in dev it turns out this script even though it has only few lines of code is very heavy (not noticeable for regular player, but in script performance tests) so I need someday rewrite it and optimize currently written text files with dialogues along with that plugin itself, because I didn't include within it to override default entries in system.json.

So you might say, that plugin both at the same time works and don't work, such a paradox though.
Funny thing, because this plugin works in MZ too

I would advise against making a separate copy of the game for each language. Any additions or bug fixes you make after localization will have to be repeated in every version of the project, which adds both more work and room for error - especially if you're planning to translate the game into more than two languages. You also take away the option for the player to switch languages in the middle of the game, which can be a "nice-to-have" for bilingual players.

I have used Iavra's localization plugin for MV before in a testing project - if I remember correctly, it functions pretty much like ShadowDragon said, with one json file for each supported language. At least with that plugin, you would write all text into the json files and only link to the correct piece of text from the engine with codes like {text1}. How exactly that step works depends on the localization plugin you use; it might be easier to already work in the format the plugin uses as you create the game instead of trying to export the text at the end of development.

@Solar_Flare Your plugin sounds very interesting, I will definitely take a closer look when I end up making a game I plan to localize.

I kind of like @Solar_Flare 's solution. It has the advantage to allow working with persons who are "outside the editor tool" (most of the dialogs are written by my girlfriend who does not work in RPG Maker).

On the other side, I am much aware it makes bug correction more time consuming and introduces risks of inconsistency, as @LadyBaskerville stated... I also personally sometimes like to switch the language in mid-game. I imagine it is also useful for testing.

I have almost finished a short game introduction, on which I would like to experiment around. For the reason I mentioned above, I would very much like to try you plugin, @Solar_Flare , if you don't mind.

PS: First language of the game will be German, as my girlfriend mainly writes the dialogs and this is her mother tongue. I would like in fine to translate the game into French, as this is mine. English would also be doable if I find a proofreader.
Last edited: Jan 6, 2022

I have been playing around a bit with @Solar_Flare 's plugin. I must say, I am fairly convinced this is going the right way. Being able to perform the translation in a specialized editor is very convenient. I have tried several editors and chose Lokalise for that purpose (I am on Linux). Lokalise has the advantage to allow you to sort the entries by "Context" when working on the .po, where the "Context" corresponds to the map's name. I find it very a useful feature the other editors I tried today did not have. When having lots of text to translate, know to which scene they correspond is a must.
... Maybe someone would suggest an even more practical editor?

As the plugin seems to works fine for more than 2 languages, I am pretty sure I'll go for it. However, I have found some little bugs and have some issues on how the plugin should work for my use case. I will address those in the plugin thread.
Last edited: Jan 7, 2022
You must log in or register to reply here.
Share:
Facebook Twitter Reddit Pinterest Tumblr WhatsApp Email Share Link

41 minutes ago •••
Kaymon145
Had a funny feeling about my laptop last night so I moved my project over to desktop via thumbdrive, just experienced my first corrupted project and couldn't be happier about the timing!! *proceeds to copy file onto every thumbdrive in the house*
Today at 11:00 AM •••