The Moon rises high o'er the Wood on this night.
Where four Witches gather and cackle delight.
Toiling away at their spells and their brew.
Looking for Trouble? For it has found you.

Toil and Trouble is a smaller RPG that revolves around exploring and battling with a party of four Witches.

From right to left...
Margret Stone, who specializes in healing and nature magic.
Cassidy Summers, who specializes in painful curse magic.
Winifred Wellington, who specializes in quick and quirky enchantment magic.
Sally, who specializes in dark spiritual magic.
Their histories are somewhat mysterious, so I will not go into them here.
Each one is attuned to a different one of the four stats, and depending on how she is equipped, her spells change. With each Witch having access to several attunements, and each attunement excelling at a different strategy, there a lot of possible ways to approach exploring the enticing environment.

Toads are not aggressive, but take care when passing by Crows. They are very territorial.
The game map has an open feel to it, appealing to the sense of exploring a forest in the middle of the night. But be wary; you never know where Fae may be hiding. The game has no random encounters, but do expect to be surprised from time to time...

The enemies, of course, are very diverse; I spent a lot of time making sure they provided a variety of unique challenges to fit the diversity of the Witch characters. The game is pretty loose with encounters (you have a 100% chance of escape most of the time) so you can approach it at your own pace. Miniboss Fae will level up the party, while standard enemies will drop resources used to make new equipment.

It is not so complicated. Arrange the ingredients the way you see them in the spellbooks to create new equipment or Rituals.
As you can see in the last image, Rituals require multiple Witches as well as FAVOR. The Witch's favor is on the right, and the enemy's is on the left.
Equipment is also created this way. Equipment is made much more often and easily, for the most part. Heh. See below for a few details on that.

After creating the Hide of Beast, Cassidy's spells revolve around indirect damage and draining health.
The Magic Circle is where new equipment and Rituals are created. Equipment will affect a Witch's stats as well as how she's attuned, meaning each new equip affects each witch very differently. Rituals are group attacks that the Witches perform together, and can be used to devestate opponents and bosses during longer battles. But watch out; many enemies are capable of using Rituals of their own.

The story unfolds as you defeat major bosses, the four "Vices". I certainly don't want to spoil the story, but I will say that Baba Yaga intends to use them to frighten our heroines away for good. Hopefully they'll be able to band together and tackle their Vices as a team. But probably not.

To summarize, the game is about looking around the mysterious space, exploring the possibilities with equipment and party setups, and taking on the unique enemies that dot the landscape and lurk within the game's Dungeons. That being said, it is not very long. I'll be working to finish the rest of it in the coming weeks, and trying to release an update each week, even if it's small.

Thank you so much for your time. I've been working on this for the worse part of two years; I've learned a lot and any feedback is appreciated!

Additional plugins by Yanfly, Moghunter, Orange, SRD, and Masked.
Music and Art by me, all of it, and also a lot of other plugins, this was a lot more work than it looks, please send help.
Last edited: Oct 26, 2018

Many may say that the art is trash. IGNORE THEM! Reminds me of older games for like the Atari.

Jayje said:
Many may say that the art is trash. IGNORE THEM! Reminds me of older games for like the Atari.
Click to expand...

This actually means a lot to me, as I made it all myself! I'm very glad to hear that you appreciate it.

Is it all forests to you, too!? What a maze.

This looks unique and interesting. I'll keep an eye on this one.

Are you ready to view the most terrifying, frightful, most evil and vile starter enemy to ever grace the RPG Maker World?

About 40m in so far - loving the art style. I think you did an excellent job with it as it's very different from any other game I've played. There isn't much story however, and that's really what draws me in to games.

Your battle system is really cool, but I feel like the UI is very clunky - it covers the enemies, and it isn't entirely clear how it all works when you first start the game. In addition, the witches are all clumped together which isn't very appealing to the eye. The battles are fun though, and I love your enemy sprites. The skills are useful and the chanting mechanic is on point.

I love love love the crafting system, easily my favorite part of this game so far. However, I feel like I'm going to be grinding. ALOT. I understand why this is the case, and I get the flow: Fight small monsters, craft rings, fight bigger monsters, craft cooler things, then fight even bigger monsters, etc. As I stated earlier, I like to have a story and a reason why I'm performing a mass extinction on the 2 newts hanging around my house (No matter what I do, they dont go away. They are a menace to society).

Another thing that I think is cool, but is a miss for me is the zooming in. I can be immersed in your game and be digging the art style from afar, but once it zooms in, it starts to hurt my eyes. Another thing that doesn't help that is a lot of the Flash Screen event command. Maybe it's just me, but it stops me from playing for a very long time, as I need to break often to rest my eyes.

So far, I'm impressed by what you have made, and I'm hoping the story/gameplay evolves more as I play. I'll be posting with any further thoughts as I continue to play though. Interested to see where you take this!

Strange enemies from the Ooze Lab
And @GoodSelf... I just have to say...

GoodSelf said:
Are you ready to view the most terrifying, frightful, most evil and vile starter enemy to ever grace the RPG Maker World?

This made me laugh out loud for like a minute. I hope they weren't TOO too troublesome, but they are little scamps, aren't they?
I appreciate your feedback as well; you're not the first person to mention the zooming and UI to me, so I might try to take a look at them for next time.
That being said, I fixed that bug so there might be some more useful, less-grindy recipes for you to try out. Sorry the game isn't story-heavy towards your tastes so much, but I promise the Vices add quite a bit to the Witches' characters.
I'm glad to hear that you mostly had a good time. Feel free to play on!
Thanks for playing!

ScientistWD said:
Sorry the game isn't story-heavy towards your tastes so much, but I promise the Vices add quite a bit to the Witches' characters.
I'm glad to hear that you mostly had a good time. Feel free to play on!
Thanks for playing!
Click to expand...

I'm sure the story is there, as I've only played the beginning of the game. I will certainly be playing this game more, and I can't wait to see what lies beyond my tiny neck of the woods.
Oh, and one thing I didn't mention - music is awesome. Love the original soundtrack!
P.S. Following this thread for more incredible updates. 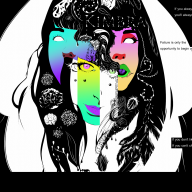 I enjoy your playful art and think you should continue with it. It's what makes me interested to play because I'll get to see it.
I'll be downloading it soon to see the crafting system mentioned, which sounds interesting.
More updates please!

This Week in Witches (10/21)
That's right!! I told you I'd be back!!
Soon, the game will be on Itch.io as well. That's because for all intents and purposes, the game is complete!
That's right! It's all done, basically!

I anticipate that it has more problems and bugs.

Please let me know immediately of bugs you find. And also, if the game is too easy, I worry sometimes that it's too easy you know, I test it myself and of course I know what I'm doing but to everyone else? I'm not so sure.

Anyway. Thanks for your support!
Stay Wicked!

@ScientistWD Hey~! you updated!
Thank you for working on this and completing it, Congrats! I can't wait to play through it!

I was excited before but decided to wait for the update so I can binge play when I get free time. I'll give you feedback on the gameplay and overall... well everything when I beat it.