Tsukihime said:
Where are the files stored?
Click to expand...

%APPDATA%\Game or just start the Task Manager (a decent one) and open the file location of the RGSS Player process.

But the current version doesn't really protect anything? It's still the RGSSAD v1 (and v3?) encryption with unencrypted audio files. The password (I don't know the algorithm (yet) but it looks like figuring it out isn't a complicated task.) and temporarily unpacking the files to some not so obvious path is not doing the trick - at least for me. If that's enough for (some of) you, so be it.

I haven't tested the program, but according to the comments given here it's working in a rather simple way and I want to give a few comments.

If the program uses the work of someone else, then it should give proper credit if that other work is freeware (that is the rule for the forums here, and failing can get the resource deleted). I suggest that the OP adds any such credit to the original topic.

If the resources used are not freeware (I can't tell because I don't know the names given here) then this is the same as pirating the software.

Any encryption can be hacked, and if no one knows which encryption was used then no one can check if that encryption had already been broken - and the hackers are usually so up.- to - date that they only need a few hours to identify the algorithm (as seen above), so the obscurity only works if the target audience is without real hackers.

And all current encryption methods (at least the better ones) know that and work by making a difference between the internal, true encryption-key (which is needed to encrypt data) and a public key (which can be used to access but not change the data). And you can't get the internal key from the public key without a lot more effort than its usually worth.

3) The main problem with any encryption of game data

ANY form of encryption of game data to prevent resource theft has an extremely big problem: RPGM needs to be able to read the data to allow playing of the game.

Which means that it's basically impossible to protect the resources from the player using the game.

Decrypting the data to a different folder only works as long as no one knows which folder that is - and as said above that's easy to detect in modern operating systems.

A real, working encryption would require the files to be stored encrypted and having the decryption done inside the game engine - that would be a lot better, but the neccessary scripts and DLLs will slow down gameplay and increase lag.

So to anyone looking for a protection against resource piracy: That isn't easy, and if someone claims to have a perfect solution then that is (as often the case) too good to be true...

If the decryptor part is given as scripts to be included in the game, then you have at least a chance of stopping the script-kiddy-pirates (those who don't have real knowledge about encryption processes), but not if the decrypter is an external program wrapped around the game... 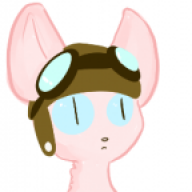 So far I haven't found any solution that would work better than data compression offered by RPG Maker itself... If it's this much of a problem, perhaps there is just no point in trying to protect the game data any further? I imagine that the only people actually interested in accessing the game files would be RPG Maker users. Only few among them will know that there's decrypting hacks available. Even if they steal some content, they won't really be able to do anything with it (at least not here nor any other major RPG Maker sites).

...and in the end, anyone could just rip the music and graphics using audacity and photoshop respectively... given they have enough patience to do so

Look at triple-A titles like Skyrim, people rip character models and put them in Garry's mod, GTA IV etc... nobody really makes a big deal out of it.
Last edited by a moderator: Dec 10, 2013

Super Cremno 64 Turbo HD said:
%APPDATA%\Game or just start the Task Manager (a decent one) and open the file location of the RGSS Player process.
Click to expand...

The moment I saw this, I had to try it with task manager default and found it in 2 clicks haha.

That was sneaky and I was hoping that wasn't the case, but alas. Not much we can do there.

this is why I don't like embedding things that should be private then extracting them to a temp location once you need to use them... 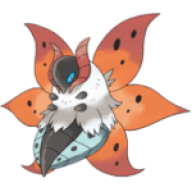 lol, that's all, I've extract it to the %appdata% and delete them when the game was closed.

it seem I have to do a revision 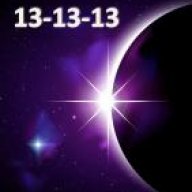 hahahaha, got you kevin

but still, it was just RC2. just wait for the final release and what fixes will kevin done to this encryptor

Look at triple-A titles like Skyrim, people rip character models and put them in Garry's mod, GTA IV etc... nobody really makes a big deal out of it.
Click to expand...

They do not claim as their own.

also taking stuff from Commercial games is way different for Indies. An Indie's work is not well known vs. Skyrim.

Please don't get me wrong, I do agree with you guys of course - you have every right (and sometimes obligation) to protect the content of your game. My point was, basic encryption offered by RPG Maker is enough to stop most people, and those few who really want to obtain the game files, will get them no matter what there is no 100% reliable way to do so and high-budget, well encrypted AAA titles seem to confirm this. 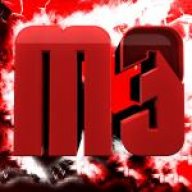 I think we'd rather want more security, and the least amount of resources taken from us. And if anyone was to hack my game; I don't people using RGSS Decrypter so easily, and tearing through all my files.

also taking stuff from Commercial games is way different for Indies. An Indie's work is not well known vs. Skyrim.
Click to expand...

Exactly. Someone can take your custom made resources (graphics and songs), and it could be a while or never when the game developer/someone notices it out.. and even then, no one wants to 'defend' an indie as much as 'AAA' game.

tested & work in 7 either. work as long as someone doesn't know where the data is stored

You should put more effort into hiding it then, instead of putting in a hardcoded place.

Kevin Blaze Coolerz said:
tested & work in 7 either. work as long as someone doesn't know where the data is stored
Click to expand...

That's why I suggested to use a hidden ramdrive, then the data isn't stored directly on the harddisk.

Unfortunately I don't know how to create a ramdrive in current windows versions, last time I used one was with WinXP (and even older versions of Windows)

thanks for the suggestion, I'll try to create another one

Your audio encryption does any type of audio file right? 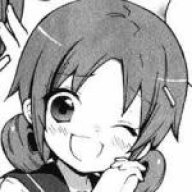 And now... to solve MV project stealing.
Or write an obfuscator, either project would be cool. 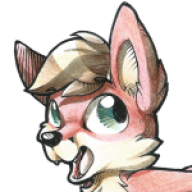 CHKNRAVE
Well I sure didn't know fans could overheat and die. Room fans.
1 minute ago •••

CraneSoft
Felt like I dodged a bomb, my project was fine right after I force resetted due to a crash as I have yet to start working on it today.....
9 minutes ago •••