I understand why you didn't like Unraveled even if I don't agree with it. You've got a very particular taste in games. I was surprised that you liked Leviathan and not Unraveled. They were very similar in some ways. 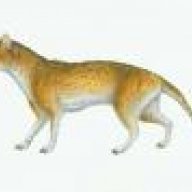 That Guy Who Made That One Thing

Just saw my game was in your recommended list -- I'm overwhelmingly flattered!

Thanks again for taking the time to review almost a hundred games. That's a crazy level of commitment, and your follow-through is totally commendable.
Last edited by a moderator: Sep 2, 2014

@Cashmere: Unraveled relied on you FEELING invested on a CHARCTER that was not introduced at all. Leviathan did not force that conection, the ENVIRONMENT was the point. The vagueness and unexplained nature of the environ is much easier to take than the backtory of a character, more when we are supposed to FEEL for her. The game did not attempt to make me feel for the characters of leviathan, and I made my own thougths about liking them or not.

CashmereCat said:
I understand why you didn't like Unraveled even if I don't agree with it. You've got a very particular taste in games. I was surprised that you liked Leviathan and not Unraveled. They were very similar in some ways.
Click to expand...

Thank you. But that's alright. Everyone has their own taste and criticism is useful! Indeed my game and Leviathan rely on feeling. Just Leviathan has a more "mature" feeling I think and Unraveled is more about the childlike exploration of the girl's imagination, hence why Unraveled has rather "simple" environments as opposed to the crazy jazz of Yume Nikki. If I'd have to compare them to pop culture, I'd say Leviathan is more like Zanarkand (post-destruction) from FFX and Unraveled like a level from Kingdom Hearts.
Last edited by a moderator: Sep 4, 2014 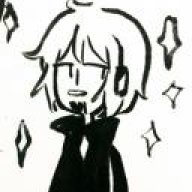 Cinnamon said:
It's a shame Sunken Spire isn't in the running anymore. I would've loved to see how it fared with the judges.
Click to expand...

It isn't? When did this happen?

Congratulations on finishing the list! Lord knows playing that many games, even just one hour games, is unbelievably draining.

Cinnamon said:
It's a shame Sunken Spire isn't in the running anymore. I would've loved to see how it fared with the judges.
Click to expand...

GIRakaCHEEZER said:
It isn't? When did this happen?
Click to expand...

I haven't read anything about it being disqualified, only that there's a serious bug in the contest version:http://contest.rpgmakerweb.com/game/view/id/631

Sunken's contest version had a traitorous crashign bug (it was possible to evade it, but it got found so caput, disqualified). To be fair it has a lot of balancing issues too XD (lack of testing coz tiime~) Indrah said:
Sunken's contest version had a traitorous crashign bug (it was possible to evade it, but it got found so caput, disqualified). To be fair it has a lot of balancing issues too XD (lack of testing coz tiime~)
Click to expand...

Did someone tell you you were disqualified?

According to the judging breakdown:

One point will be deducted for each game-breaking glitch and every five minor glitches/errors that are discovered. Not all glitches will be discovered, especially in longer/flawed games, but those that are noted will result in penalty.
Click to expand...

I think that's ocne you're PAST the screening, so...Yeah, we're out.

Of course the judges can't tell if a game breaking bug only occurs once or if they can avoid it. With 700+ games you can't expect them to investigate every game crashing bug to be able to judge the game properly. I don't know when it takes place in Sunken Spire but I assume very early into the game.

Indrah said:
I think that's ocne you're PAST the screening, so...Yeah, we're out.
Click to expand...

It was my understanding they only play your game for, like, a minute or two to see if any real effort was put into the game.  Unless you hit the start button, and your game crashes, I think you're in the clear XD

Added another 4 games~ I will try to get 100 games total. just to be fancy. 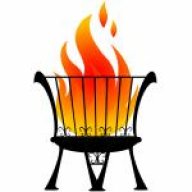 I want to sincerely thank you, not only for reviewing my first attempt at making a game, but also to commend you for the unbelievably formidable effort you put in to review almost 100 IGMC entries over the past several months -- an amazing feat!


I also heartily recommend all to catch up on your reviews, including mine.


I am not recommending mine because the review was positive -- quite the opposite.


Although your review of my game was negative, it was extremely fair and to the point and ... HILARIOUS! Throughout your YouTube video review of my game I was doubled-up with laughter, I truly enjoyed it. Not only did you have to endure my game, the fact that RL mosquitoes were flying in your face as you were doing the review is an example of the multiple dangers you had to confront while critiquing all these games. You should receive hazard pay for your sacrifices!


Since, as the consummate noob, I had only been playing around with RPG Maker for about 7 weeks before I submitted this to IGMC and this was my first completed game I actually feel I came out okay, all things considered. However, one can try to make excuses for what went wrong, but instead of making excuses one should try to assimilate fair and valid criticism (which your review was) and move on to try to make better games -- which I intend to do.


Thanks again and keep up your great work -- both in reviewing and in gamemaking!

If only more game developers were as graceful as you in receiving criticism, VoxPopuli

Alkorri said:
If only more game developers were as graceful as you in receiving criticism, VoxPopuli
Click to expand...

I say most of us are, it's just that the loudest developers are usually the ones you hear the most -- and more often than not, also the most obnoxious ones that can't let go. 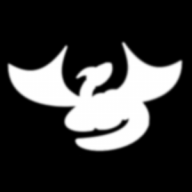 Thank you for including my game, Indrah.  I know it isn't easy with all the rest you have to go through.  I posted a longer response in its own thread.  Good work with this whole project of yours.

You were asking about the "mushroom proverb" in your Widows of the Vampyr video.  "Mushroom management" (keep them in the dark and feed them full of ****) is what I think they were going for.  The game feels like it was done by someone who's learning English (which would explain things like "protetsting" instead of reluctant, or "sung a dissonance" - they probably looked up an antonym for 'harmony'), so if the game's creator found this uncommon saying about mushrooms, they wouldn't have really known that it's an obscure piece of slang.  I truly enjoyed watching, by the way - I was laughing right along with you, not really at the game so much as just with your delightful amusement toward things that were out of place.
You must log in or register to reply here.
Share:
Facebook Twitter Reddit Pinterest Tumblr WhatsApp Email Link

aporokizzu
on my plate today- animation.
A moment ago •••

palatkorn Archeia palatkorn wrote on Archeia's profile.
Hello i have a question Regarding the topic of games in my development, is there anything that I can't post yet?
I hope you give me a chance to fix something wrong.

palatkorn Kes palatkorn wrote on Kes's profile.
Hello i have a question Regarding the topic of games in my development, is there anything that I can't post yet?