Back in the 90', I have a NES and I played Contra, Mario, Galaga, etc. But unfortunately, I don't understand how to play the games coz' there are no tutorials.

I played Tetris but I didn't know what's the goal of the game. Until I saw my mom played the game for long without 'Game Over' pop out on tv screen. And I'm confuse. Few years later, I found out that those games had manuals. Books of manual for every games.


https://www.nintendo.co.jp/clv/manuals/en/pdf/CLV-P-NABNE.pdf
Few years later, I have PC games and there are tutorials in the game. Tutorial helps me but it's kinda annoying that I can't skip or fast-forward the game.


Well, not just that. Some games I played before has instructions by pressing the 'F1' button and the game pause. It's okay but sometimes I had to memorize before un-pause the game.

So, enough for my experience. What's your favorite tutorial way? And.....if you're game developer, how do you instruct players for your game(s)?

Press f1 to read instructions or a How to play button. Def my number one. 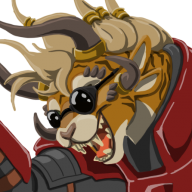 Take the high road and implement tutorial seamlessly as part of the story [meaning let the player learn on his own not by explaining but by hinting].

Well, unless it's explaining stats and the sort. Then definately an 'F1' method. Looking that up in a pdf or looking for a booklet would be annoying.

It depends on what I'm trying to teach, but in general I like "all of the above"-style approaches. In-game tutorials (best distributed through a couple hours of real gameplay, but if it needs to be explained en masse up front, that's OK too). Digital documents that come with the games. Contextual help available by pressing a button during gameplay - or even better yet, if the game detects that you're doing something wrong. "Manuals" available through the game's (pause) menu screen, or through the use of non-consumable in-game items. Anything and everything that you can do to make sure that your player understands how things work is a good thing!

I'd go with....
> in game tutorial for basic how to
> tool tip for in depth information, like when the game is loading
> EDIT: I wish it was real

Add another poll answer: Show hints during gameplay, pause, loading and/or game over (thanks to @TheoAllen and @Wavelength )

Me? All above except ‘I don’t need tutorial’.

I must have been some kind of genius then, because I remember borrowing those games from friends and playing them without needing a manual to tell me what to do. Move the controller, press the buttons and observe what happens on the screen. In most cases that was all that was needed to figure out how to play a game. And then it was time to try to clear the levels and see how far I could get.
The value of the handbooks lay more in that they contained the backstory that did not have space on the cartridge or game disk and sometimes contained explanations on special moves or details of collectible boosters. Nothing that would prevent you from playing the game but very good to know.
Tutorial in those games meant that the first level was easier to complete than those that followed, that you could mess around before you got pressed hard. And when you failed you started over and tried again.

Now, how much of a tutorial is really needed? Do you just need to remind the player what the standard movement and action keys are or have you implemented your own complex control scheme that is different from all others (a reason why modern MMORPGs have a tutorial mode)? Do you expect your players to not try out what they can do when starting, so you need to handhold them and explain that they can interact with objects by walking up to them and pressing the action button?

SamJones said:
I must have been some kind of genius then, because I remember borrowing those games from friends and playing them without needing a manual to tell me what to do. Move the controller, press the buttons and observe what happens on the screen. In most cases that was all that was needed to figure out how to play a game. And then it was time to try to clear the levels and see how far I could get.
Click to expand...

In most cases you can play a game without looking at a tutorial, yes. But you'll often miss out some very useful features that way. I've seen way too many videos of new Touhou players who don't know that focusing exists, for starters. In any port of Lemmings that includes directional select, that's an extremely useful feature that you would never discover by just pressing buttons. I could think of plenty more examples, but I hope you get my point.

Now, how much of a tutorial is really needed? Do you just need to remind the player what the standard movement and action keys are or have you implemented your own complex control scheme that is different from all others (a reason why modern MMORPGs have a tutorial mode)? Do you expect your players to not try out what they can do when starting, so you need to handhold them and explain that they can interact with objects by walking up to them and pressing the action button?
Click to expand...

The "standard" keys you are talking about are only standard for RPG Maker, so if you don't tutorialise them, you are cutting out of your potential audience everyone who's never played an RPG Maker game before. Different games have widely differing standards for what you can interact with. And you haven't even mentioned battles. With so many scripts/plugins available to tweak the battle system, each game will have a lot of specific battle mechanics that a new player will need to know about.

Getting back to the original question: I don't think there's a general answer. It depends on the genre of the game; how much information the player needs to get started; and how much is in the category I talked about above, stuff it would be nice to know but isn't necessary right at the outset. When I start up a new game, I want to get straight into playing so that I can find out whether I like it; I'd rather not read a lot of text before getting control. But I do want to know what all the actions available to me are, so maybe just show the basic controls to begin with. Then (assuming we're talking about RPGs), have the first battle be a forced, very simple encounter with no danger of losing, so that I can see how the system works. If there are important details like "undead are weak to ice in this game", don't bombard the player with those up-front, but make sure the player finds out before entering your undead dungeon (and while they still have a chance to change up their equipment).

But the most important thing with tutorials: don't make them double as obnoxious time-wasters if I'm replaying the game and already know all this stuff.

I personally prefer it if games ask me if I want to do the tutorial. If not, just skip it. As it is, I really hate it when a game forces me into the tutorial, especially when it takes 3 hours or more *cough* Spellforce *cough*.

Though I'd also say if possible add a manual of some sorts. These days it will probably be digital, but at least give players the option of reading one if they still want to.

I think a well-designed game should find ways to bring the player's attention to each game mechanic at a time without being in their face. On its own, it's not a very helpful answer, but if your game is going to use text, you might as well be efficient with it.

For example, if your game has a super complicated battle system and super complicated skill-learning system, it's probably best not to introduce both in the first dungeon. Have the first dungeon have enemies that utilize the battle system's mechanics in various ways, so players understand how each element of gameplay works then introduce future elements as the game progresses alongside the story's first act.

@KayZaman My preference has always been a manual booklet you can read.
If not just for the instructions, but often the in-game art as well.

However, I find not having instructions/tutorials in any form whatsoever to be infuriating at best.
That is, unless the game is super easy to pick up, like Tetris, Mario, or Galaga to name a few classics that need no instructions.

It may be just nostalgia talking but I loved those old paper manuals for the art and worldbuilding they often contained. Some of them were even written in the style of the game itself and felt like a natural extension of the game themes (The Wario land manuals are a good example). When it comes to actually being informative, though I prefer toggable tips over a in-game manual.
You must log in or register to reply here.
Share:
Facebook Twitter Reddit Pinterest Tumblr WhatsApp Email Link

Citali
How you feel about font and dialogue box changing for every main character while the minor cast and regular npc get their own styles? Too much?
5 minutes ago •••

TheGentlemanLoser
Just found an obviously custom effect (i.e. edited by me) in my resources>sounds folder called "rip jaw off". Dear Lord what is wrong with me as a person that at some point I needed a sound *specifically* for THAT??
(...rhetorical question.)
52 minutes ago •••