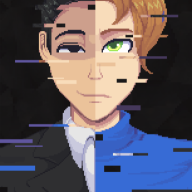 So guys, I always had a lot of discussion with my friends about that:

I think there are 3 types of trailers that I see in the industry of games:

1) The OMG Cinematic:
What is this type of trailer?

So this trailer is something really simple: You open and then a HUGE CINEMATIC with the that kind of graphics that the player says: "OMG THIS IS BEATIFUL! This game must be amazing if the cinematic is like this!", but it doesn't show any part of the gameplay.

So this trailer is like the name said: GAMEPLAY IS LOVE, GAMEPLAY IS LIFE! You won't see any cinematic at all and the whole trailer will be focused on how the game works and that's it!

3)I use the fusion card in THE OMG Cinematic and Gameplay is love, Gameplay is life
What is this type of trailer?

Well, a combination of them both, showing some aspects of the game and still showing great graphics!

I made one trailer of my new game, called Luke Inn, and when I was doing the trailer I was thinking: What kind of trailers the people that plays this type of game would like? So, here I am asking you guys!

Btw I put a Poll too for you to vote so we know by numbers what the community here prefers!

And here in the end is a link to my trailer:

Before, I answered the questions. Is your game commercial or noncommercial game? That factor itself determines my answer and probably some members here too. 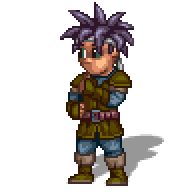 Ideally, I would say both.
Gameplay is the most important but I do like a little eye candy too.

Kupotepo said:
Before, I answered the questions. Is your game commercial or noncommercial game? That factor itself determines my answer and probably some members here too.
Click to expand...

So, for now it's noncommercial at all !

Ok, thank you for responding back. If that is the case, you should strike a balance. So I remain at the third choice. Too much hype will have a negative of overpromising. Show too much gameplay might not make the game sound interesting. The balance point is most desirable which is good publicity and makes your game stand out while not go overboard and misrepresent your game. The creditability is really important to us game developers. If the players do not trust us, they might as well do not like us.

Kupotepo said:
Ok, thank you for responding back. If that is the case, you should strike a balance. So I remain at the third choice. Too much hype will have a negative of overpromising. Show too much gameplay might not make the game sound interesting. The balance point is most desirable which is good publicity and makes your game stand out while not go overboard and misrepresent your game. The creditability is really important to us game developers. If the players do not trust us, they might as well do not like us.
Click to expand...

Exactly, I think the same way!
Most of the time game companies does a lot of videos I hate because I think the game wont be so good so they sell the graphics

I don't mind cinematics in a trailer, but I need to see gameplay too to get me interested in it. Cinematics only makes it feel like it prioritises story or visuals over everything else, and I'm not looking for that in games I want to play. 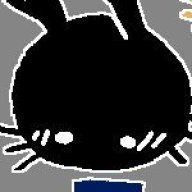 A big reason I wait to buy a game is because I don't see any gameplay in the trailer (unless its something like the hades animated switch trailer where there's plenty of examples of how the game plays and controls) but usually I'd like to see the gameplay loop I'm gonna be going through and the challenges (if there are any) that I'll face instead of just a pretty animation telling me to buy the game. A mix of both is probably the best option depending on the resources and skills the team have.

It depends on the media and the focus of said media, if a game is a visual novel/social-game that doesn't have much gameplay, then I'm fine with just cinematics, otherwise, I would like to see a fair balance of both. 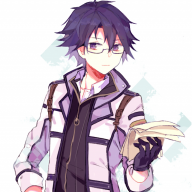 There are tons of games out there, so the trailer is what usually makes or breaks a game for me. If the game is on steam, i quickly look over the screenshots, if it's caught my eye, i read the little summary under the games banner followed by watching the trailer if it peaks my interest.

Trailers are pretty rough to be done, and in often cases, breaks my interest. What i expect from a good trailer is to introduce me to the world and story you want to tell, introduce a few of the main characters, preferably if you show the character, show three images in quick succession with different poses/expression, show off the world (light & dark/happy & conflict) and the combat. HOWEVER! Do not show the best content, as you will give away the entire "wow" factor of the game, which is a common mistake i see. Don't show your best map, but perhaps show some among the netter portion. Don't show the craziest plot twist, but show something that changes the pace of the game in a non-spoiling way. You then push the motivation over onto the person watching the trailer. If it connects with them, the end question, or motivation of the hero, including what they've seen, would make them longing for more. Of course, it depends on the players interests and what the game offers. Heavy story, casual sim, farming, rpg and so on.

So when i watch trailers, it's cause it's peaked an interest and I'm curious. Watching a good trailer i get invested into it. Remember, the story is told through the character, and so you have to convey everything in a minute or two, it's rough work, and we're not professionals.

Still, the main thing you want to have done at the end of the trailer is to present, answer questions and leave them wanting for more 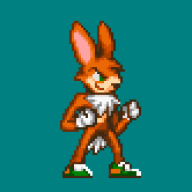 Just want to add an answer, I prefer 75% Gameplay and 25% Cinematic. And I don't like monologues, except for just a moment. 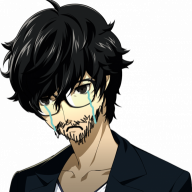