I hope this is in the right place.
I'm trying to use Yanfly's Animated Sideview enemies plugin to create breathing sprites in the front-view battle and I've hit several different stages of failure. Initially, it worked. Then when I was adding new assets something went wrong. Initially I was using both Yanfly's Animated Sideview enemies and Yami's Sideview Battler and I was getting this error: 'TypeError' Cannot read property 'index' of undefined.

I eventually turned off Yami's Sideview Battler and stopped getting the TypeError, but then my characters would show up smaller than they should and they would blink on and off. I turned the plugin off to see if I could get the enemy to show up just as a static image but it didn't. When I turned the plugin back on, instead of tiny blinking enemies, there were no enemies.

I have several variance enemy appearances shown here in the note-tags, but I got the same results when I removed them.

I haven't changed anything in the plugin's themselves and they're all up to date, as is the program itself.

This is the order of the related plugin's: 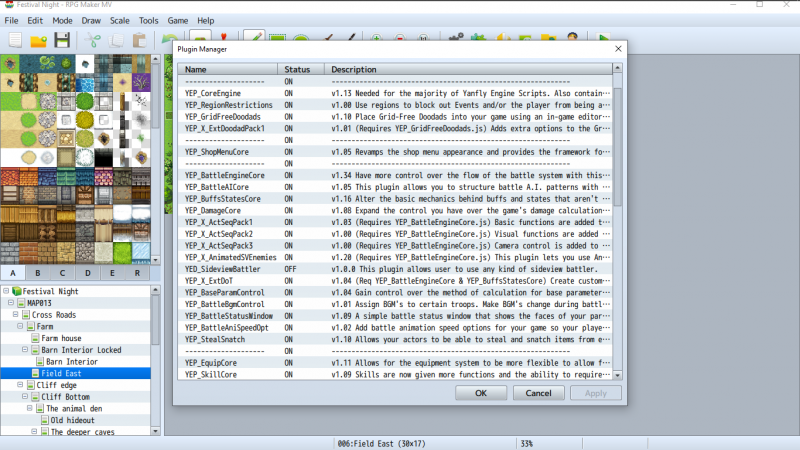 This is the enemie's info: 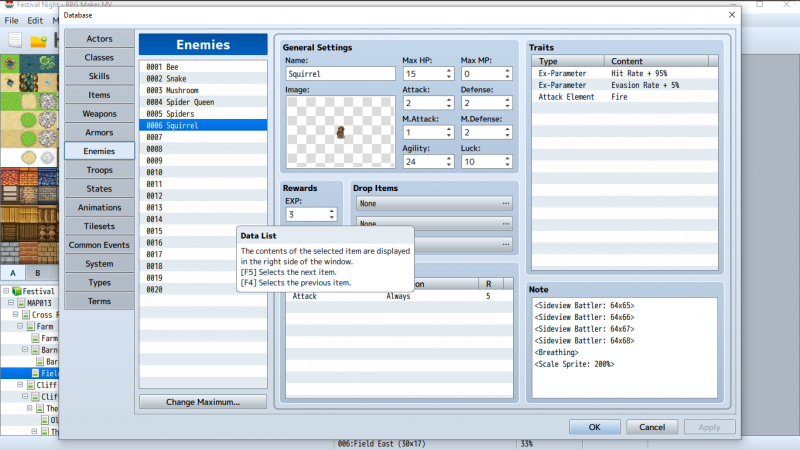 I tried one more time to get it to work with the enemies still not appearing, If I attack them I get 'TypeError' cannot read property 'isenemy' of undefined, but the enemy can attack just fine. I also use the launcher to test battles as opposed to the tester if that makes any difference.

Edit: I fixed the problem. For future reference if anyone else encounters this issue, by adding in the alternative appearances the system assumes that the sprites are sprite sheets. This causes them to blink as they cycle through animations that aren't there.