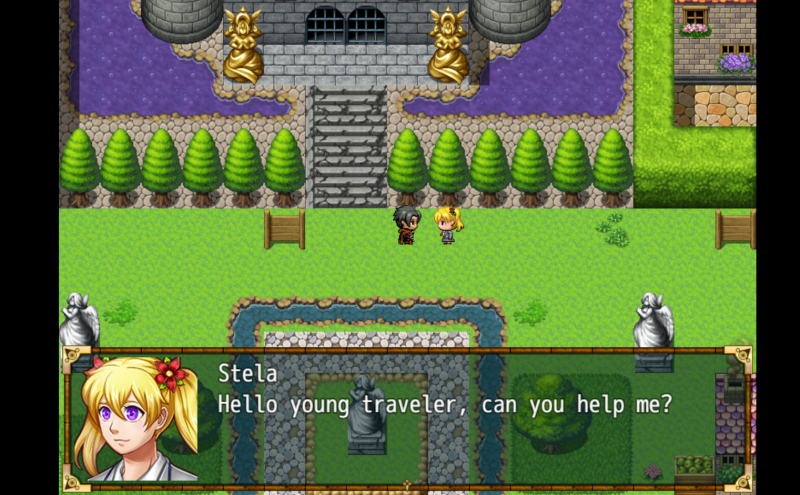 Hi All, here is my entry for No Travel Game Jam, and my first game and RPG ever,

I hope you like it, and please leave feedback, so I can try to improve and make better games.

Please not that it was made in 2 days, and it has only a couple of quests, but it is fun and you can explore the little village I made

All the best and keep safe! 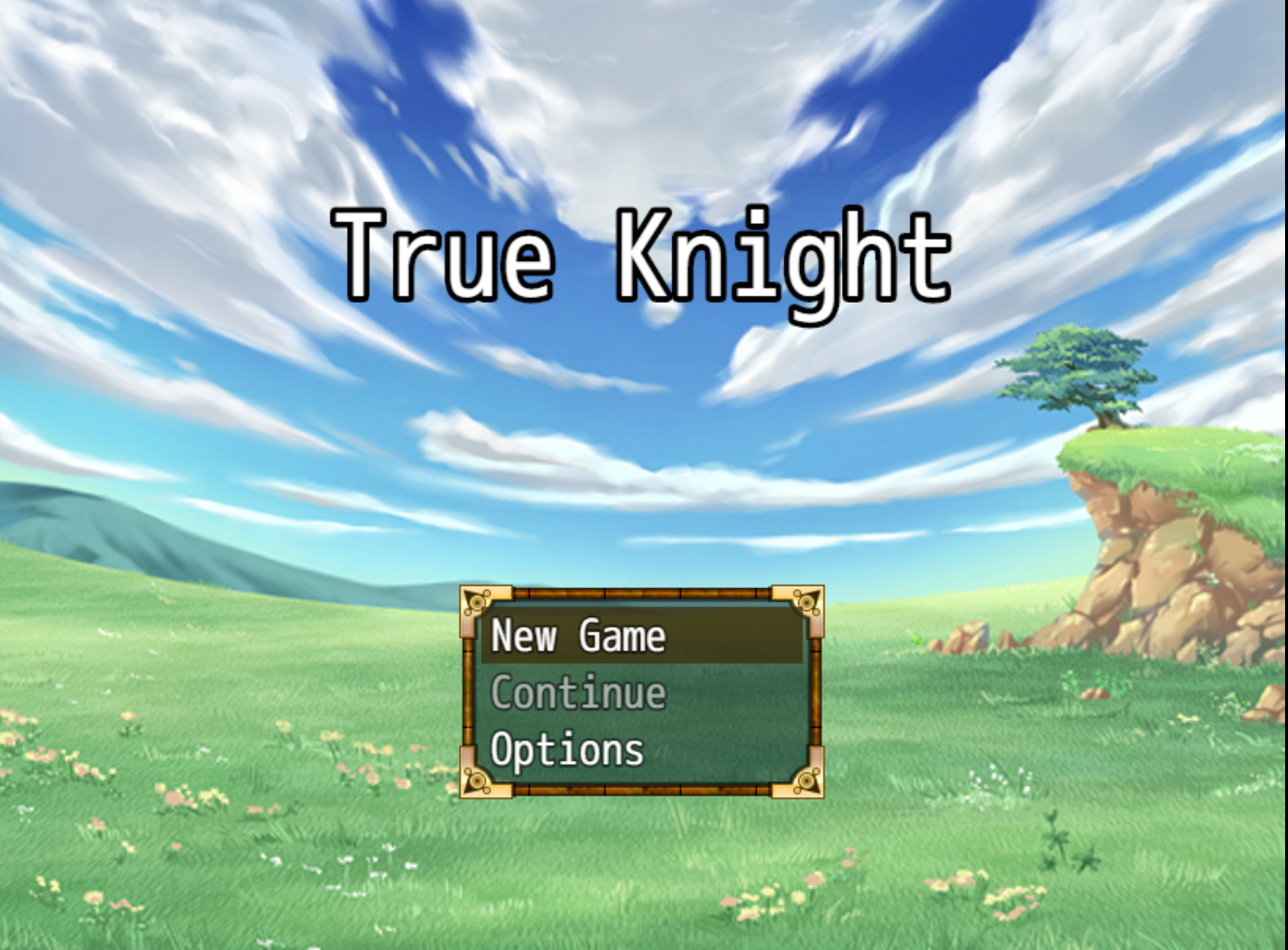 My first very own game, and an RPG at that, I hope you enjoy! 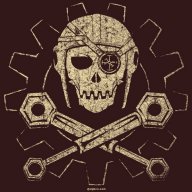 Hey, I played your game. Really great, but I couldn't progress. I entered the sewers and I talked to the orc this error showed up, and you can't progress without defeating the orc. 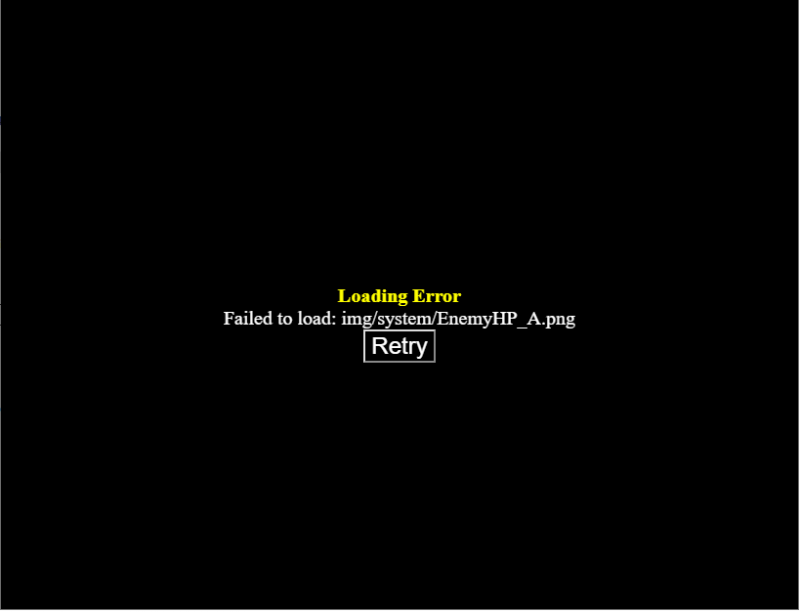 Also there was this bug: 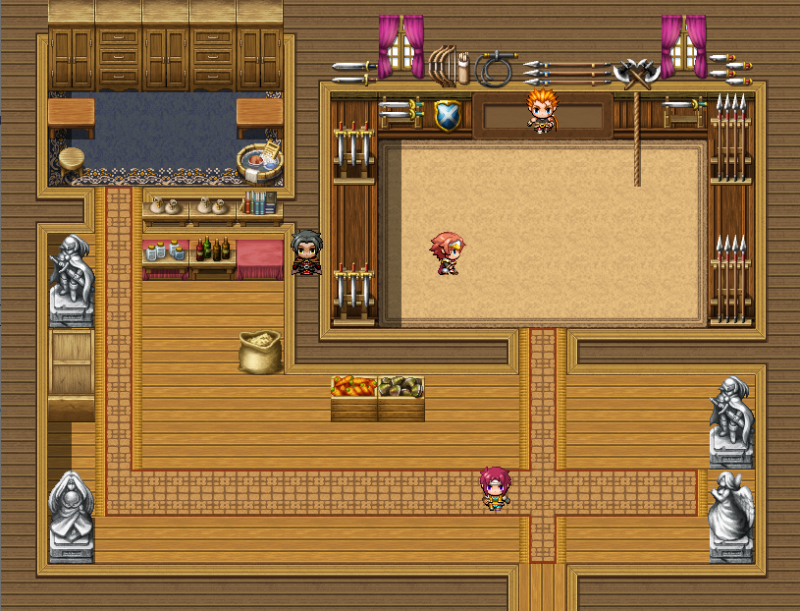 It seems like both our games had the exact same bug lol. A few grammatical errors also, but enjoyable so far. It would be great if you could fix the bug so people could finish the game.

Hm..that should not be happening.. I see..forgot to copy the images back to system, since I used export and exclude unused files and it removed the images..sorry about that..

I just checked and updated it to fix all the bugs you were experiencing..

Please try again and let me know if it is fixed for you, ok?

Also, what grammatical errors did you find? Hopefully I updated those as well, but just curious as I didn't have much time to focus on the text, as the deadline was so short.

Hey again @Gokasy, so I tried again. This time when I entered the sewers random encounter happened
and this showed up: 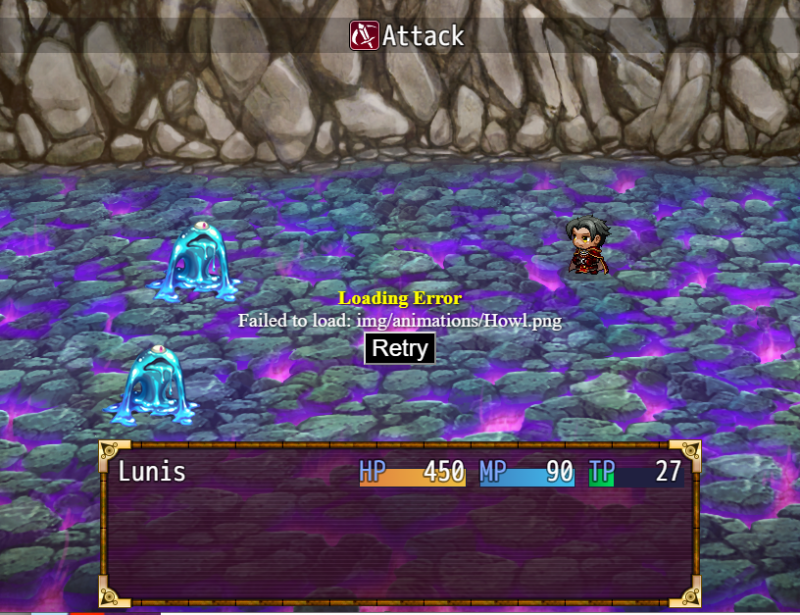 Thank you for taking some time to test my game, and for letting me know, I just fixed that and hopefully everything should run fine now.

If it is not a problem, can you try it now, so I can be sure I fixed the issues, and everything is working fine.

Lucky it is a short game for now

You can also try my other game here: https://goker.itch.io/

There's another error, it's still playable but this error keeps popping up after every few seconds after the first battle. 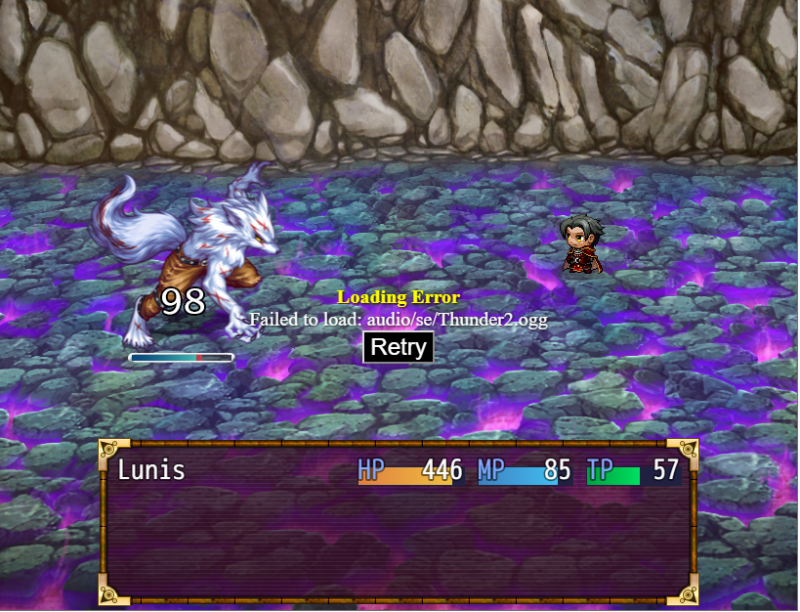 Ok, thank you @Silverpence , will fix that ASAP, and will let you know when up and ready..

I really appreciate you spending time to help me fox everything, thank you!

I enjoyed the intro lots with the mountains going across the screen with a nice story and you enter your name to be part of the journey.
I had fun checking out the very detail map you created. It took a while to find the girls parents. Once you find them I believe your able to go to the sewers. Great job keep it up with the progress!

I fixed the bug you were experiencing, so everything should work fine now, thank you for all your feedback, I really appreciate it!

Thank you, that means a lot to me coming from you!

I will try to make it better, with more content for the player to enjoy so please stay tuned for an update.

Also I will try to make more fun and interesting games, and will share them with you guys when I make them

I gave this a go, for a game you made in two days it's not too shabby. There are a lot of things that could be tweaked and improved, but that's true for almost every game.

⦁ These notes are taken as I play
⦁ Playing the first version, because it's what I downloaded

⦁ Why does the game thread call it True Hero, but the game says the title is True Knight?

⦁ In the intro, it says 'toughts' instead of 'thoughts'

⦁ Using Items as quest info is a nice idea

⦁ I'm concerned that Stela wouldn't walk 100 feet to check on her father, she seems worried about him but asked a stranger to check on him? There's something weird going on with them...

⦁ Trying to leave the Dojo puts me somewhere I can't move, so I have to restart

⦁ Why does trying to leave the town cause the intro to replay?

⦁ The player can leave the hero's house from the second floor

⦁ None of the weapons, armor, or items have descriptions, which is especially bad for consumables because how is the player supposed to know if it's worth buying them or not?

⦁ Oh man, the house above the Dojo has the same error! So I need to restart again...

⦁ The game is getting weirder, why does everyone treat me like a stranger when Patrick owns a house here?!

⦁ Be careful with your Hit Rates for attacks, missing 5 turns in a row isn't fun for a player

⦁ Why don't the Fire and Wind skills cost any MP? Since that's the case, there's no reason for me to use anything other than those

⦁ How does that rope in the sewer work?! I go down and it spawns me just to the left of it???

⦁ The pre-boss battle with Bats is a good idea, though because they were so weak I was able to steamroll them with Wind. In the future, make sure that the multiple battles in a row are there for a reason (usually to test the player's skills when it comes to choosing the right attacks in battles andk knowing when to heal)

⦁ The game is incredibly short, which isn't a bad thing! But if you want a short and sweet game, then don't be afraid to cut out extra fluff. Most of the places in the castle didn't contain anything important, so you could have totally left them out and still had a full game

Overall, this game does seem like it was made in two days, but there are plenty of ways you can improve. It looks like you've already fixed some things, which is great! You have a decent base for expanding this game, so if you want to keep working on it then just keep doing what you have been: listen to feedback and update what you think needs more work. Good luck with this, and your future projects!

Thank you very much @hiddenone , wish I had more time, but I did the most from what I had, and I only bought it like 2-3 days before the end of the No Travel Game Jam, the RPG Maker MV that is, so I tried to use the most I learned via Youtube and other game engines.

For the bugs you were experiencing, I think I fixed the most, you probably downloaded it before I was able to fix them, sorry Also, I was able to change it so you choose your own name, and also changed the dungeon, please let me know if it is any better now?

As for the Bats battle before the Boss battle, that was an accident, that I was able to fix, but I think you are right, good idea..will try to use it in the future

I really appreciate your review, and hope to make more fun games, full games, so you can enjoy them 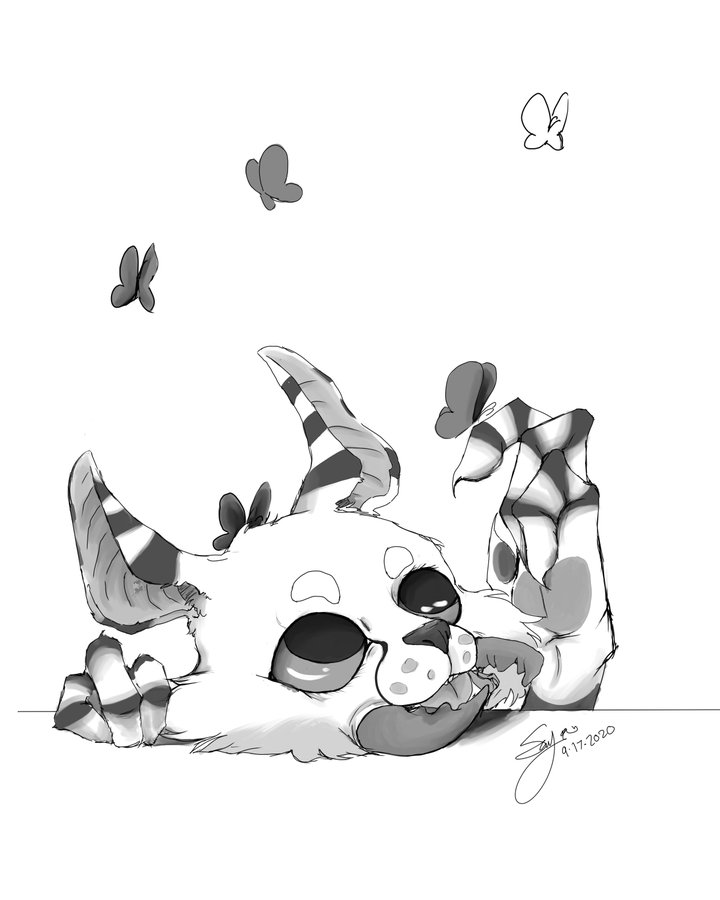 gabrieldiastche
Hey guys!I didn't remember to put here but here is a new page from my devlog focused on my new trailer of Luke Inn! Hope you guys enjoy it!

Hello everyone! So after building my Demo, I...