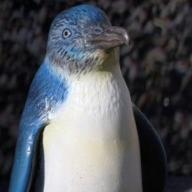 I'm pretty new to RPG Maker MV (and this forum), so this may be a dumb question. I don't think it is, however, because I've done hours of research trying to find answers and figure this out, to no avail.
Here's a rundown of my issue.

I also have a State Weaker that, when applied, alters Param MHP 75%, and I need it to work the same way, setting Alvin's current HP to the same percentage as it was before Weaker was removed. For example, when Weaker is applied, Alvin's MHP is 15. Alvin takes no damage. When Weaker is removed, Alvin's MHP is now 20 again, but his current HP is still 15, even though he took no damage.

I've exhausted my admittedly limited understanding of the system and have spent several hours researching this. Maybe I'm just looking in the wrong places or going about the problem incorrectly. I'd really appreciate any insight or help that could be offered.

Unfortunately there's no real way to solve this using default functionality, because there's no way to explicitly know when a state is added/removed. You have to use plugins. You could approach it one of two ways:

While a somewhat-useful version of this could probably be rigged up using State Remove tags in Yanfly's Buffs & States Core, your best bet is probably to create your own custom plugin to calculate the HP% before a state (or other database item) with a Max HP state is removed, and then set the battler's HP afterwards to keep that same percentage... or to request such a plugin on the JS Plugin Requests board; this is probably a do-able plugin that someone could help you with.
You must log in or register to reply here.
Share:
Facebook Twitter Reddit Pinterest Tumblr WhatsApp Email Link

EpicFILE
Lately when I listen to 1970s songs, I always think that the "real world" is still at mid 70s. What we experience now is a futuristic dream. With this point of view, even 80s and 90s looks super futuristic.
29 minutes ago •••