Trying to to make an Online RPG 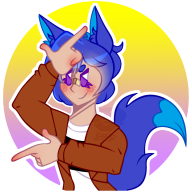 Hello! I just wanted to make a semi-sequel to my game,which new cats join the roads and you may also talk with other cats and even friend other cats! But i actually have found an script to make it,but i have no idea of how to install it (sorry,but text tutorial isn't for me ¬¬ ). So,can someone help me with this script?


(Preferably video tutorials and short versions of the instructions)
Last edited by a moderator: May 7, 2016

Seeing that you're talking about networking in RPG Maker XP and a installation text tutorial, I guess you're using Blizzard's RMX-OS? (or maybe you're using the MRMX-OS) I've personally tested the first one, RMX-OS, and I suggest you read the help file, it details everything very well, and helps you with installing the server and the various scripts needed for it to work.


Also just as a reminder. RMX-OS doesn't really add anything like PVP. What it does out of the box (if there was any?) is to make other players visible, add a chat, and make it possible to share variables and switches. Actually that last part isn't out of the box, there is an add-on called Global Variables and Switches.


(I advice to stay away from Netplay because of its bugs, I don't remember the details but I heard once Blizz talking about that being the reason for him making RMX-OS, xD).