RMMV TSR_Popups by The Northern Frog

TheWillardofOz said:
Thank you so much for this plug-in!
Click to expand...


TheWillardofOz said:
I am noticing one minor issue, though. The State Resist isn't working for me at all.
I started a fresh project and got the same results.
Here's my scenario: Enemy has skill that inflicts poison. Actor has armor equipped
that resists the poison state. When I was on version 1.1.4 it would actually ignore the state
resistance and poison the actor anyway. After installing the 1.2.5 update everything is working
on the technical end, but it still will not give me the "no effect" popup.
Click to expand...

Well, since I'm not currently working actively on my MV project with this plugin, I thought that maybe I've overlooked something or some later update somehow broke this feature. So I went and ran a few test in a test project. Unfortunately, it seems I'm not able to reproduce what you reported.

I tested with both the Attack State trait and a skill that have the Add State effect.

I tested with the State Resist trait and the State Rate 0% trait, as actors, enemies, classes and armors traits.

The 'No effect' popups does appears everytimes...

Can't tell what's happening on your side, though... But note that my plugin has nothing to do with applying the state or not. It just check if the target has a state resist trait or state rate 0%, and show the popup accordingly. So when you say 'When I was on version 1.1.4 it would actually ignore the state resistance and poison the actor anyway.' The fact that poison was applied anyway wasn't related to my plugin, but something else, in the database or other plugins.

I would like to help more, but I need to be able to reproduce the bug so I can track it. 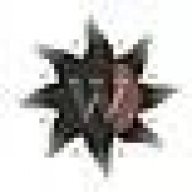 I tested with both the Attack State trait and a skill that have the Add State effect.

I tested with the State Resist trait and the State Rate 0% trait, as actors, enemies, classes and armors traits.

The 'No effect' popups does appears everytimes...
Click to expand...

I think I figured it out! The skills my enemies are using do not do any damage. Damage is set to 'none' and they simply add the state. Once I turned hp damage on and added something to the damage formula the 'no effect' started popping up.

Is there a way to get the state resist popups without needing to include damage to the attack? A valid workaround would be to just put zero in the damage formula, but I'd prefer to not have any number show up at all.

TheWillardofOz said:
Is there a way to get the state resist popups without needing to include damage to the attack?
Click to expand...

Good call! I'll fix that and post a new version. Allow me some time, though.

Thanks for reporting that; stay tune!
Regards


TSR_Popups v1.2.6
​
Following @TheWillardofOz suggestion, now the state 'no effect' popup will show even when the attacker skill has no damage type.

SoftCloud
me: “I’m gonna take a break from game making.”
*five hours later*
me: yeah okay fine I needed to redo that map. Sure.
12 minutes ago •••

LunarFlareStudios
And the time has come for me to enjoy a good cup of hot cocoa before I sleep... Strangely, that actually helps.
If I ever need to stay up late working on projects, I always get tired. Do you guys think I should try G-Fuel to keep me up and focused at night? And if so, what flavor is best?
I do tend to be quite a night owl.
Today at 9:16 AM •••

Ouro
Ugh. This update is taking so long that I'm starting to run out of topics for the weekly blogs that I was making to make up for the fact that it was taking so long to begin with!
Today at 8:29 AM •••