TSR_SideStairs by The Northern Frog 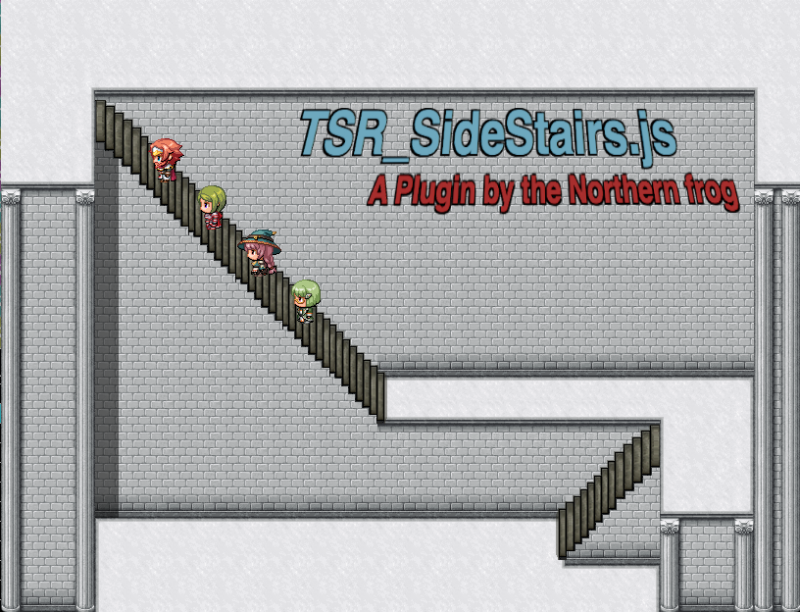 download:
TSR_SideStairs
Author: TSR, The Northern Frog​
Use either map terrain tag or region Id to mark tiles on which the characters will move diagonally.​
This way you can create side stairways of any height.​
​
These tiles are meant to form diagonal stretches that are only accesible from their extremities.​
Refer to Plugin's instructions.​
​
Code:
​
Player, followers and events can move freely on the side stairways, but can't go up and down; while right and left moves are converted into diagonal moves. 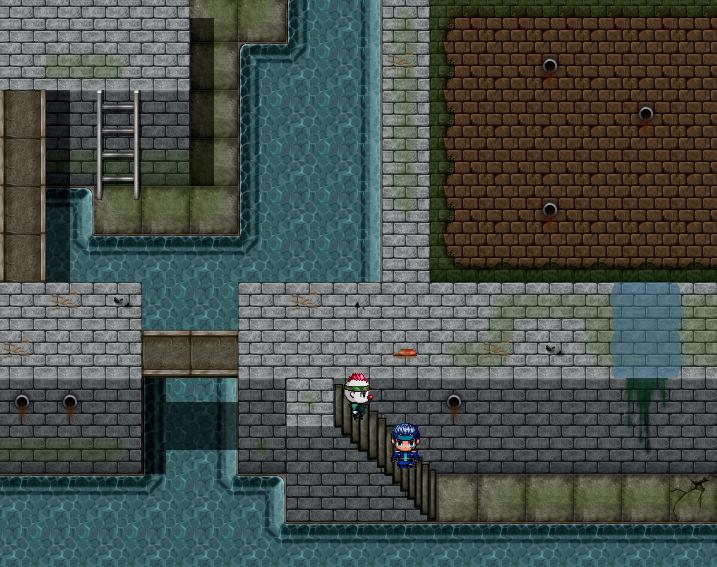 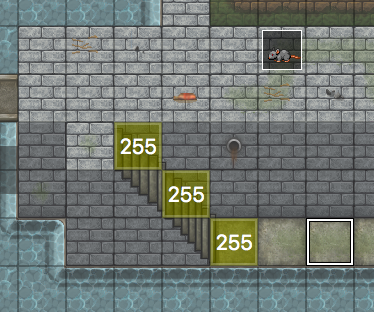 Or on your tiles sheet if you're using terrain tag

​
Accessibility of the side stairway tiles changes depending on their position in the stairway. In the image bellow, the characters cannot acces the higher ground on the left directly from the floor area on the right. They can only access the upper area using the stairway.​ 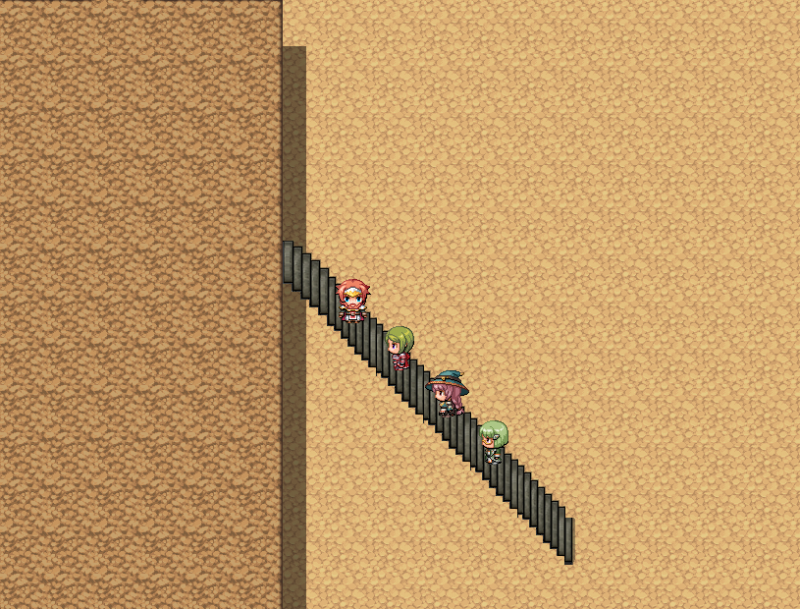 ​
Side stairways can only be move in and out from their extremities. The image bellow use region Id to represent the passability of the side stairway tiles of the previous example.
*The tile with region Id 11 is a roof top tile that have to be 'passable' 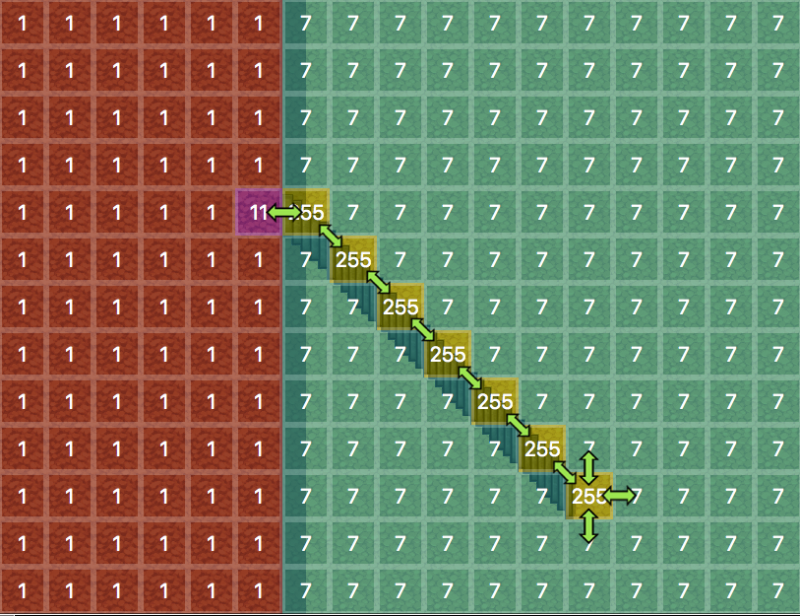 ​
Although side stairway tiles are meant to form diagonal pathways, you can also make weird paterns like in this demo:

A very welcome little plugin. I'm definitely going to keep it in mind. 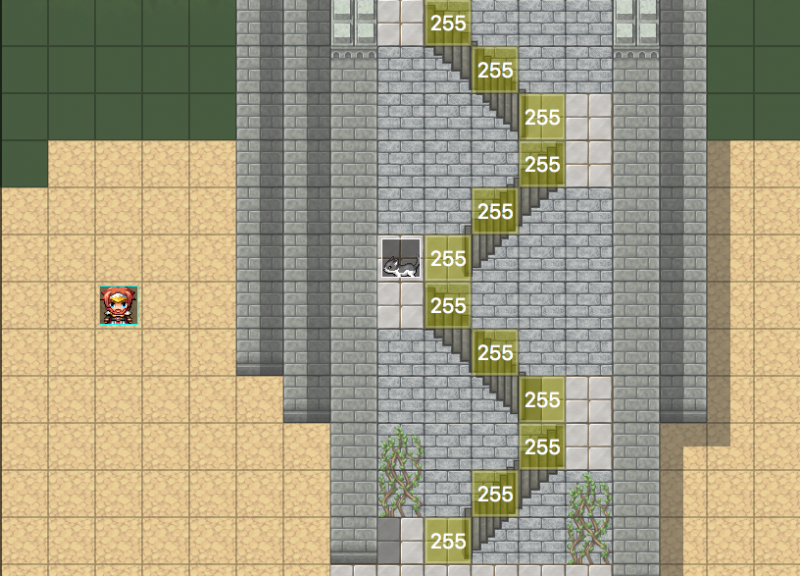 See it in action in demo bellow, followed by a long 'stairway to heaven' over parallax:


TSR_SideStairs v1.0.2
​
A small compatibility patch, mostly for my next coming up Plugin.

Dama akoniti Dama wrote on akoniti's profile.
Hi
Thanks for your review.
I was checking the trailer for details and as the woman shut the door at the exact moment the song I was hearing said "you slim the door" and I couldn't resist to add it there. And I used this idea one more time on another scene.
41 minutes ago •••

Ryisunique
I made my own pizza. First critique, more chicken next time.
Today at 3:20 AM •••

It's not terrible, but could be better. This thing took me over an hour to carve.