I have a small issue with the Instance items script. During a troop event, when a character is being taught what effective weapon to equip for an enemy type, the game crashes when it attempts to equip the character with the weapon.

However, if I were to equip the weapon manually as not part of an event, even though both methods depend on the same skill to equip the weapon, it works just fine. But it wont work when I try it during a troop event. In order to get around this, a player must have already thought ahead of the little hint and have the weapon equipped in combat before the event plays otherwise it crashes.

This is the exact error:

Just for some checks:

I tried with the Instance items as both false and true. It still crashes.

The scripts are in the correct order.

The skill in question calls up a common event that equips the character with a weapon. It works fine outside of an event.

Here is a little more about the event in detail. Posting a screenshot of the event at the place of the crash: Can you add a link to the script?


Is this happening AS you play the game, or are you just doing a battle test?


I don't think this would be the cause, but it's always possible - are you continuing a game you'd saved prior to adding the script, or does this also happen when you start a new game?

Shaz said:
Can you add a link to the script?

Is this happening AS you play the game, or are you just doing a battle test?

I don't think this would be the cause, but it's always possible - are you continuing a game you'd saved prior to adding the script, or does this also happen when you start a new game?
Click to expand...

This is happening AS I play the game

I am not continuing a game from a save prior to adding the script. I always save and completely restart editor upon adding a script and have playtested from new game several times while this script was already installed.

Here is the script. Big one.

That script only has 730 lines. If you're getting an error on 1303 then it's either a different script (actually you should have given the whole error message, which says what script it's in) or you've made significant modifications to that script or have pasted it into the same slot several times, or the same slot as other scripts.

I tried a simple event that simple decreases a weapon, adds another weapon, and equips that weapon to an actor, but could not produce the issue.


It is hard to determine where the issue occurs with that line number.

I also wonder what other scripts you're using that might be clashing. But I'm especially curious that you say the error is occuring on a line that's much greater than the number of lines taken by the script. 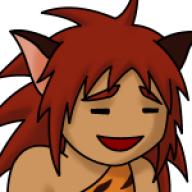 So, I couldn't begin to diagnose the actual problem, but I have a likely explanation for the line number thing. Extra line breaks are being added when it's copied over, so the user's version of the script ends up having twice as many lines as the original; every even-numbered line is simply blank. I've noticed this happening with a few scripts I've been using.

So if my math is correct, the actual culprit is line 651.

(Also, I've encountered a very similar error message using the Core Equip Slots script. It seems to be triggered if a character has modified equipment slots but no starting equipment set, and crashes the game at startup. It doesn't seem to be due to conflicts with another script. Not trying to hijack the thread, but I wonder if they could be connected.)
Last edited by a moderator: Apr 11, 2014

I've gotten reports of people getting extra lines when they copy from dropbox, but I haven't been able to get that.


The issue there looks like when the game is trying to retrieve an instance of the desired item, it ends up returning nothing, which would then explain the error.


However I can't imagine why that would be happening.

So I think I just solved my crash issue. I have no idea why this would work, but it might fix CWells's problem too.

Redownload the script and make sure it doesn't have the extra blank lines inserted. Rather than copy-pasting from the Dropbox text, hit the download button and open it in Notepad or something.

I replaced my Core Equips script with a version without the extra spaces, and the crashes just stopped. I can't say for certain that this was what fixed it, or whether it would have any bearing on CWell's issue, but it has to be worth a try.

That's cause I updated the equip slots script when I looked at what you wrote lol
Last edited by a moderator: Apr 11, 2014

Sorry I was away. It is strange that your script only goes to 730. From the same link my script is reaching 1400 almost.

Hmm, I made sure there wasn't some sort of double paste. I'm going to try deleting the script then reapplying it later today.

I'm simply selecting all the text from this page:

starting at begin and stopping at the final end in the script.

Try it on a new project and see if it still occurs.


I am not able to reproduce that error.


Does it occur when the item is in the inventory? Or only when it's equipped?
Last edited by a moderator: Apr 12, 2014

Tsukihime said:
Try it on a new project and see if it still occurs.

I am not able to reproduce that error.

Does it occur when the item is in the inventory? Or only when it's equipped?
Click to expand...

Suit is attached to character. Weapons can only be equipped through using a skill to call up the weapon. These items disappear from inventory when unequipped. So skill calls weapon and removes weapon.

This occurs when the item is being called up to be equipped to the target. The order in the event should be:

Add 1 item then equip that item.

I'm unable to reproduce the issue in a new project.


My troop event simply adds an item and equips it to an actor.

It seems the conditions are very specific for the error to occur. I find that, going back to the pic in the first post, the line:

Change Weapos: Plasma Sword -1 Include Equipment is where the error occurs. I edited the event to have a conditional branch

so that if a player doesn't have the sword  equipped, since a player has the option of two weapons, that step gets skipped. When the event skipped that step since no weapon was equipped there was no crash. This means that the event worked, it is just that line regarding removing

equipment including equipped item... I'll try a new project to see what happens.

Was the site off for 4 days or so? This is my first time it worked for me since Saturday? No, Friday...

It definitely doesn't occur for me in a new project with only instance items installed, nor does it occur with a couple dozen of my other scripts installed, so either I have to set up my event exactly the same as yours, or there is something else causing the problem.

Tsukihime said:
It definitely doesn't occur for me in a new project with only instance items installed, nor does it occur with a couple dozen of my other scripts installed, so either I have to set up my event exactly the same as yours, or there is something else causing the problem.
Click to expand...

OcRam
Next goal is to make pull & push + lift & throw systems with mouse support and have skill levels in them and action indicators!
28 minutes ago •••

48Tentacles
>What's your avatar about? Is it yours?
I did not do that drawing. It's a screenshot taken from a comic featuring characters from Touhou such as Tenshi and Iku (the girl in the avatar). It's drawn by someone under the name of Yohane.
Link to the comic (SFW, but navigating around Dynasty Reader is NSFW)
44 minutes ago •••