Hi, I''m having troubles deciding what Turn system I'd like to use.


For all I know, the only turn systems out there are:


(Speed/Agility?) System (Pokémon, Persona, Early FF etc.) Where whoever has the highest Agility/Speed stat goes first (with the exception of Pre-Emptive attacks and whatnot)


Press Turn System: (Shin Megami Tensei) Parties take turns fighting each other, one party your adventurers and the other the enemies.


ATB: (Final Fantasy) Again, Whoever is fastest goes first, but you make your decisions in real time.


Is there any other turn systems out there? If there is, can you describe it and what game it comes from? Thanks.

Well, I like the Instant Turn Battle System (DreamX released a plugin for this) - in combination with Moghunters Chain Commands.


It's simple and enjoyable.


Every Actor/Enemy attacks immediately in his turn. Else it is pretty much like the default.


AGI determines the speed of each one and a stat change has influence into the turn order immediately.

Most of the turn battle system indeed function like you mentionned.


There are also CTB which display the order of the battle member turn on screen and everyone takes actions during their respective turn.


There's a lot of variations possible: one I particularily like is Bravely Default's.


It's a classic agility driven turn system, but with a twist.


Every action consumes a Brave point (or several), you can't act without brave points and you gain them at a fixed rate of 1 per turn.


What makes it special is that you can act several time a turn, by going into negative BP, you'll then suffer as many turns without acting as you went in BP dept.


They also made defending, in game "Defaulting", interesting, because it not only cuts incoming damage in half but doesn't consume a BP. So after defending a turn, your next turn you could attack twice without going into negative BP (because you'd have 1 BP stored in addition of the 1 BP passive gain).

Honestly there's a lot more nuance and variety than you make it sound like. I don't have all the official names, so I'll make up some. Also, I haven't played all games there is out there and surely I am going to miss some :

Alternating turn, the most barebone system, there's no agi and characters just alternate turns. Mostly seen in 1v1 environments. Think chess. Some games are built that way and it works. A variant would be Party turn (I'm making up names, remember?) is more often seen in tactical games: parties act one after another, but the characters order inside the party is up to the player. Turn is over when all characters have acted, all action points have been used up, etc.


Simultaneous turn (as seen in games like Dragon Warrior, Lufia (the early ones at least) or D&D), in which you give commands to your party all at once and they act in turn with ennemies depending on their relative agi or whatever. Every actor acts exactly once per turn (by default, at least). As a rarer variant (let's call it Really-simultaneous Turn), if there are less actors (say, 1v1) or you have a special gimmick, maybe all characters act simultaneously and actions can counter one another. Think Guild of Dungeoneering for a simplistic example of this.

Active Turn Battle (Earl FF titles) is more real time (although it is possible to make time stop at certain points), characters act in turn depending on their relative agi, but a character could act more often than another in that system. Alternatives include CTB, which flushes the ATB and the real time thing, likely replacing those with a ladder kinda thing that shows acting order (think FF10). It's more tactical but it's more or less the same aside from that.

Now of course you could mix and match. Maybe you have simultaneous turn but you don't give all the commands at turn start but when it is an actor's turn instead and they all have action points to demonstrate how much they can act.


And I'm sure you could think of plenty of gimmicks to add or spice up such systems. Think outside the box! 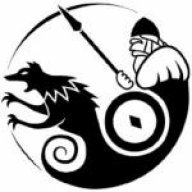 To expand on Astfgl66's mention of CTB.


CTB is similar to a turn based system where all turns are in a queue, and the frequency of your player showing up in the queue is determined by their speed/agi stat (a character that has twice the speed takes twice the number of turns).  It's the system FFX used.


The benefit to this is:


This is easily implimented with a Yanfly plugin which also has a great video that describes the system.  For reference: http://yanfly.moe/2015/12/05/yep-38-battle-system-charge-turn-battle/
Last edited by a moderator: Jun 22, 2016 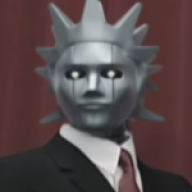 Kudos to Astfgl66, La Flibuste and Slimy Platypus for the exquisite detailing of the various battle systems. You all did an exemplary job  I'd like to add some things to keep in mind while creating your battle system, hexedronin.

The particulars of which battle system you choose will add a degree of randomness and predictability to your encounters. If you choose the route of CBS (One of my favorite battle systems coincidentally), your players will be able to predict when their enemies will attack, and react accordingly. I tend to like this because speed because, as slimsy said, speed becomes a much more important parameter and it feels more engaging than the regular battle system.


But! That DOES NOT mean that the default simultaneous turn system is unfun or unengaging. It all depends on what you do with it. I've heard some praise for Bravely Default in this post, and while I think is a great game, the design carries with it a particular aesthetic. In essence, I feel like in Bravely Default what you do outside of the battle matters more than what you do inside the battle.

If you don't have the right Job/Abilities set up for a particular boss battle, you will die. There is little wiggle room to adapt and think on your feet. So most of the action of Bravely Default is setting up your jobs, learning new abilities, and coming in with the right combination to be a boss battle. It is, an essence, a Deck-building game. That doesn't mean its bad, by any means! It just means you have to find the right equation to do the most damage/survive.


Also to add to the thought exercise.  A big piece of how any turn based system feels is how you manage your skill resources.


The classic approach to MP is depletion via attrition (meaning you slowly run out over time, get it all back in a burst, then repeat).  Alternatively, you can use a quickly regenerating resource (sometimes used as energy) where each turn you regenerate some and have to "save up" for a large attack.  In this approach, well defined "turns" are more intuitive than a tick based system where the bounds of an entire "turn" become blurred.


You can also have certain attacks generate resource while others deplete it (i.e. CTB speed becomes very different with more chances to restore resource).


What I'm trying to point out is that your resource system is going to be married to your decision on how to implement turn based combat.  I'd recommend exploring design options beyond MP attrition (it's not always fun to have really cool abilities that you don't want to use because you are saving them for the inevitable boss encounter later).  Try to forget "what can I do", develop something fun, figure out if you can implement it, try it, then revise and repeat!
Last edited by a moderator: Jun 23, 2016
You must log in or register to reply here.
Share:
Facebook Twitter Reddit Pinterest Tumblr WhatsApp Email Share Link