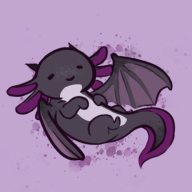 Hey there fellow game devs, I was wondering if there was a way to edit Game_Character.prototype.TurnRight/Left90 so that it... well so that it turns less than 90 degrees.

I tried editing the code to run on degrees (180/Math.PI) but turns out any number other than 2, 4, 6, or 8 results sin a black screen. So is there a way to have the player turn less than 90 degrees every time an arrow key is pressed?

In a similar vein, is there also a way to have the player move left or right without first turning in that direction?

Also, in case it matters, I am using the FPLE MV plugin with Babylon.js.

coucassi
After gathering, sorting out & reconsidering hundreds of enemy battlers over the last two das, finally my favorite part begins: Inventing names and lore for them all
2 minutes ago •••

CleanWater
I'm running a sale for Learn RPG Maker MV on Itch.io, can I compete with NSFW games earning goals?
56 minutes ago •••