Tutorial Levels and New Game Plus: A Rant

I think the best approach is to introduce new skills, concepts or controls slowly, if possible.    For example, in Rune Factory (think: Harvest Moon RPG), the player, at the start, learns the basic controls with a brief guided, in-game tutorial.  However, the many types of crafting are unlocked later, as are other game mechanics, such as Barehanded Combat in Rune Factory 3.   Apparently, in that game, a golden Wooly (sheep) is a lethal Monk in disguise!

This gives players a good chance to become very familiar with the default capabilities and controls, before adding in new ones.   And it minimizes the amount of in-game handholding required.

For our RPG Maker games, it's good to introduce new abilities or Status ailments/effects slowly for the same reason.
Last edited by a moderator: Sep 4, 2014 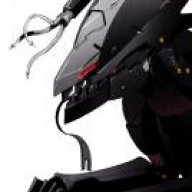 this is why i like ffxiii lightning returns because it skips the tutorials on everything that you know and replaces it with the mechanics you don't know.

Oh and it will work regardless of where you do it from in the set. Convenient!
56 minutes ago •••